2017 is widely seen as the first real test for the alternative reinsurance capital space, but while the sector is viewed as being resilient and sophisticated, were 2018 to bring losses of a similar magnitude to this year, the permanence of alternative capital could be tested as well, according to Swiss Re’s Kurt Karl. 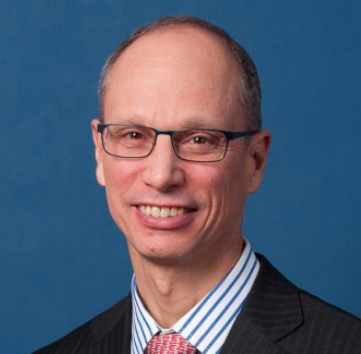 In light of what’s most likely to be one of the costliest years on record for global insured natural catastrophe losses, Artemis spoke with reinsurance giant Swiss Re’s Chief Economist, Kurt Karl, to discuss what recent events and the changing re/insurance market dynamics might mean for the insurance-linked securities (ILS) space.

Much like the overall insurance industry loss, the actual impact to the alternative reinsurance, or third-party capital sector from Q3 catastrophe events remains uncertain, with the first industry estimate from A.M. Best suggesting the sub-sector could take as much as $25 billion of the loss bill.

A.M. Best’s estimate is based on an industry-wide loss of $90 billion, and with other total insured loss estimates hovering around the $100 billion mark, it’s being reported that alternative capital could take as much as a quarter, or more of the overall loss.

Whatever the actual impact from recent events on the ILS space turns out to be, Karl explained that it’s “going to be a shock” for some in the space, paying large losses after a relatively painless and profitable experience operating in the insurance and reinsurance risk transfer space.

And while it appears that both investors and sponsors in the space have shown a willingness and ability to pay claims, with reports of people looking to reload to take advantage of the new market dynamics in spite of large losses, Karl explained that another active Atlantic hurricane season in 2018 could really test the longevity of the ILS industry.

“Another loss year in 2018 similar to this year would be a huge shock to alternative capital. Two years of active catastrophe activity and subsequent large losses and you perhaps don’t know if alternative capital will be there for the third year,” said Karl.

It’s an interesting comment, and while theoretical again brings the permanence of ILS investors and their capital into light, something that has been somewhat of a running theme since ILS really started to gain a foothold in the global reinsurance landscape.

Commentary from ILS market experts and executives over the last couple of months has, generally, highlighted investor willingness and ability to pay claims and also to redeploy at 1/1, alongside new investors looking to enter the re/insurance industry in hope of improved returns that’s driven by the expectation of both the ILS and traditional reinsurers, as well as primary insurers, pushing for rate increases.

Add to this the fact that the large majority of ILS capital comes from pension funds, which invest a very small, typically 1% – 2% of their overall invested capital into the space mainly for diversification and low correlation benefits, and there doesn’t appear to be a situation where investors are going to leave the space and look at other alternative asset classes.

However, and as highlighted by Karl, another year of $100 billion insured losses that sees alternative capital take a fairly sizeable share, could diminish the attractiveness of re/insurance business in 2019, especially in the property catastrophe space, and even more so for peak perils, such as U.S. wind.

Were 2018 to be another significant loss year for the ILS space, in terms of natural catastrophes, the expansion of alternative capital into other perils, such as non-nat cat exposures and other regions, such as parts of emerging Asia, for example, would serve to both support increased insurance penetration across the globe and also provide ILS players with opportunities outside of the competitive and challenging U.S. property cat space.

Absent another year of $100 billion or so of catastrophe losses, and Karl expects more of the same for alternative reinsurance capital in 2018, and noted an expectation of greater interest in retrocessional capacity and collateralised reinsurance.

“The supply should be there, and hopefully demand is there more for prices to increase,” said Karl.

Overall, Karl predicted “a very interesting year ahead” for the global P&C industry.