Alternative reinsurance capital, for deployment into insurance-linked securities (ILS), collateralised contracts and catastrophe bonds, returned to outright growth in the fourth-quarter of 2019, ending the year up 2% on the prior quarter, but still -2% down on the end of the previous year.

Insurance and reinsurance broker Aon has published its latest figures on global reinsurance capital and finds that the ILS market added new inflows during the run-up to the January renewal season.

Aon said that it estimates global reinsurance capital increased by 7% or $40 billion over the course of 2019, to $625 billion, with traditional reinsurer capital reaching a new high of $530 billion at the end of the year. 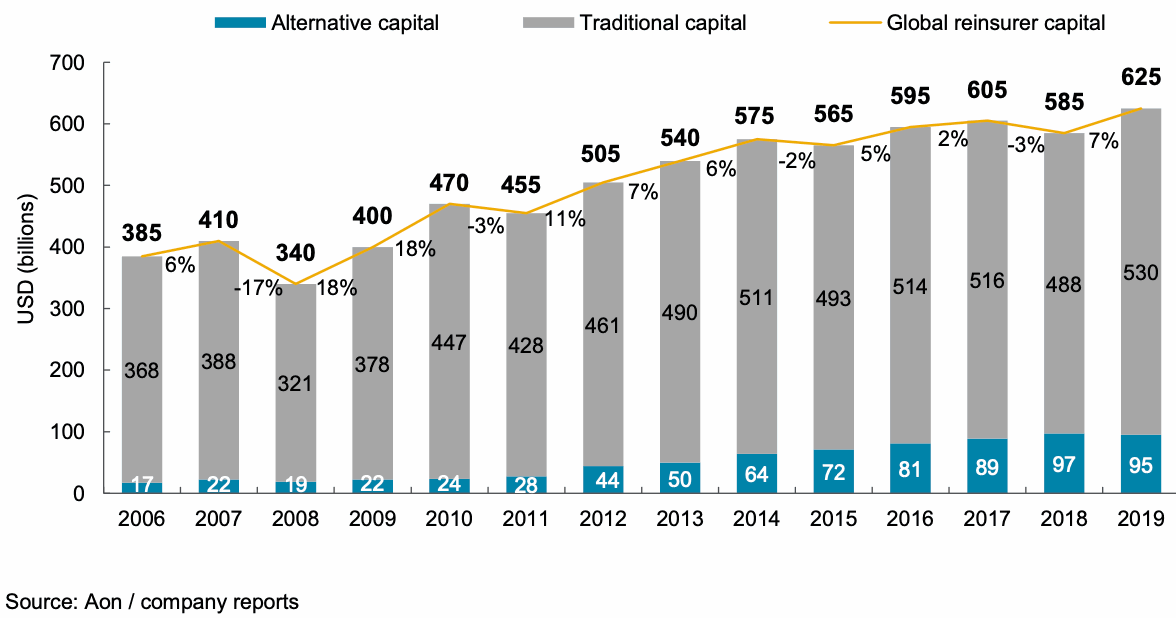 Traditional reinsurance capital rose some 9% or $42 billion over the course of 2019, with the main driver being investment performance, thanks to stock market climbs and interest rate cuts that drove unrealized gains on bond portfolios.

It will be intriguing to see how the mix has changed by the end of Q1 2020, as the effect of the coronavirus pandemic on financial markets and stocks is likely to significantly dent capitalisation for some reinsurers.

Aon highlights in its latest Reinsurance Aggregate report that reinsurers market capitalisation fell by 46% over the five weeks to March 23rd 2020, as the COVID-19 pandemic took hold. While there has been some recovery since, with shares down 29% as of April 17th, the end of Q1 figures are likely to show the biggest contraction in traditional reinsurer capital in years and will provide a good insight into how impactful the pandemic has been.

The alternative reinsurance capital sector saw its assets under management increase 2% to $95 billion, a return to growth for the first time since the last quarter of 2018.

Alternative reinsurance capital, by Aon’s measure, had been static at $93 billion since the end of Q1 2019.

Aon’s metric for alternative capital in reinsurance is gross of trapped collateral as well, which means the return to growth seems to be driven by fresh inflows, rather than any capital returning to use.

One other point of interest from Aon’s report is the fact that the average combined ration of the brokers Reinsurance Aggregate was 100.3% in 2019, the third highest since 2006, only coming behind 2011 and 2017.

A key drive of this was the fact that reinsurers average attritional loss ratio came out as the highest since 2006 in the report, a perhaps surprising fact but one that highlights the extreme volatility being experienced in results and underscores the need for reinsurance and retrocession. 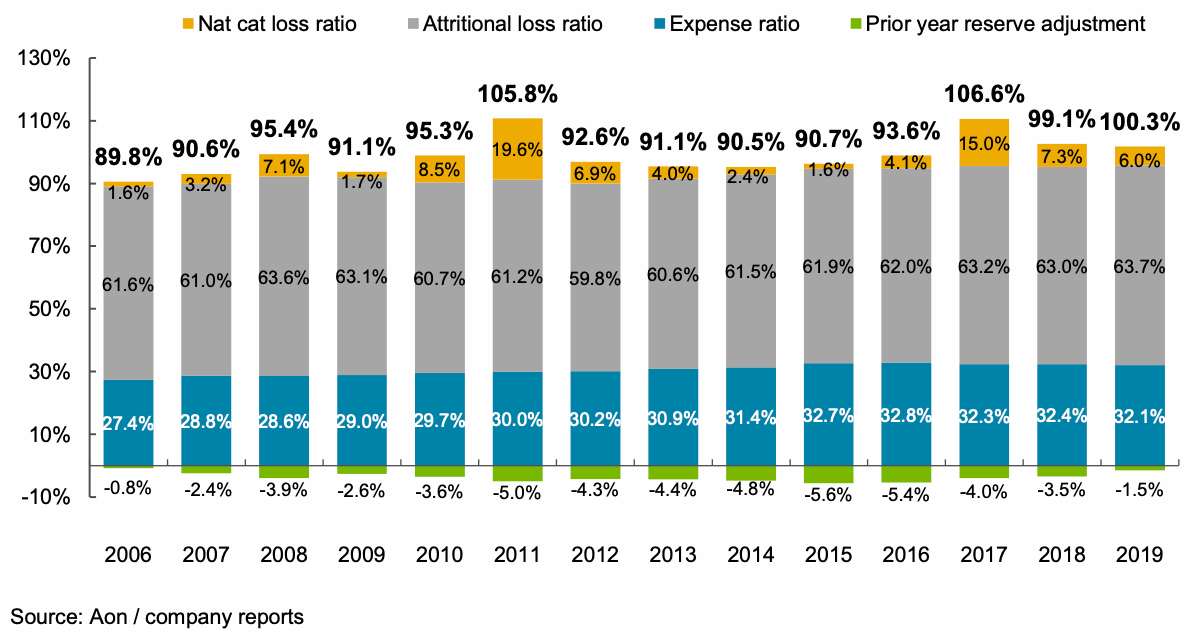 This chart will also be one to watch as we go through 2020.