The search for scale, in order to achieve market relevance, continues in the global property and casualty insurance and reinsurance market. Abundant low-cost capital boosted by an all-time high of alternative capital is driving the trend for mergers & acquisitions (M&A), according to Standard & Poor’s. 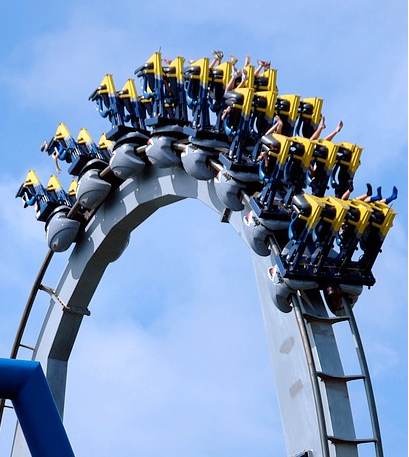 However the pace of M&A activity has slowed down in 2017, which S&P puts down to a number of reasons.

“Following a slow start to 2017, we expect re/insurance M&A to remain slow through the rest of the year, due in part to high market valuations,” commented S&P Global Ratings credit analyst Taoufik Gharib.

The slowdown is also due to the number of available and attractive targets being reduced, and also because at this point in the cycle it is increasingly difficult to tell who has been disciplined and created a robust portfolio and who hasn’t, making identifying and performing diligence on an M&A target an increasingly laborious task, we feel.

S&P says that, barring a significant “market-changing” event, the reinsurance sector is likely to continue to see competitive pressures over the coming two years, making joining the M&A rollercoaster remain a priority for many firms.

The slowdown in M&A activity is evident in statistics from S&P, who says that $22 billion of announced M&A was seen across the past 18 months, down significantly from the “whopping $70 billion” seen in 2015.

So 2017 has witnessed a comparatively light start to M&A activity as a result, but the motivations to merge or acquire remain and with pressures expected to continue ramping up the urgency to find a partner may increase.

The recent M&A activity that has been seen has not sufficiently consolidated the market, or reduced available capital, so is not reducing “the burden of current weak market conditions,” S&P says.

Additionally, S&P explains that the, “Abundance of low-cost capital has further driven transaction volume, with global reinsurance capital reaching a record $605 billion as of March 31, 2017, of which $86 billion is alternative capital (also an all-time high).”

This record size of the alternative reinsurance capital and insurance-linked securities (ILS) market is adding increasing amounts of pressure, as evidenced in the second-quarter of this year by the record levels of catastrophe bond issuance and the ongoing growth of ILS assets under management at leading ILS fund managers.

Both these factors point to an increasing amount of risk being removed from the traditional reinsurance renewal cycle and being won by the ILS market, exacerbating the pressures on organic growth and limiting opportunities for traditional capital to be deployed into what can be some of the better priced areas of catastrophe risk.

In the last week broker Willis Towers Watson Securities said that the record levels of catastrophe bond issuance seen could herald the death knell for the traditional reinsurance model.

It seems that increasingly there is a realisation that the wave of alternative capital is more than just a trend.

It is a fundamental shift in how risk is transferred, where risk capital comes from, how directly it is connected to risk, who manages the whole process and how the chain from risk to capital is constructed.

S&P believes that the record levels of industry capital are set to continue to rise, saying that; “Competitive pressures will be difficult to navigate as capital in the sector continues to climb, reaching record levels for multiple successive years.”

S&P views M&A in the re/insurance sector as neutral, with a slight negative bias. Which effectively means that the rating agency sees limited opportunities for successful M&A and multiple risks on both sides of the deal.

If an M&A transaction can deliver on “a strengthened competitive position that has extended market reach, improved diversification, and/or operational efficiencies,” then M&A can be positive, the rating agency said. But S&P implies that cases such as this, where the synergies are meaningful and additive, in the future will be few and infrequently seen.

But overall, S&P is not particularly positive on the effects of M&A on reinsurance market conditions, saying that; “We do not think recent consolidation materially reduces the burden of current weak market conditions.”

But the trend will continue and S&P expects that over time the market will become increasingly characterised by “fewer but larger re/insurers” with the targets for M&A being the smaller to mid-sized companies that have quality underwriting teams and books, which are not over-valued.

Even this scenario though, of a gradual consolidating of the reinsurance market, may not be enough to materially help in company’s search for higher profits.

The influx of capital is expected to continue and the pressure on pricing is unlikely to reduce, with S&P saying there is no sign of any stabilisation as yet, let alone a rebounding.

“As long as competitive pressures persist, re/insurers will continue to consider purchasing their own ticket to ride the M&A rollercoaster, which has yet to derail,” S&P concludes.

It’s becoming increasingly difficult to predict who could be next to hop onboard the M&A rollercoaster, with companies like Aspen often cited as most vulnerable to an approach, but really any two partners could get together if there are significant synergies to be had and they can overcome the cultural fit issues.

The problem is that synergistic M&A is relatively rare, while cultural issues are a real barrier to mergers in many cases.

Will we see a traditional re/insurance carrier acquiring an ILS manager, with the goal of significantly shifting their underwriting portfolio to one backed by the capital markets and downsizing their balance-sheet in the process? It’s possible, this could deliver significant benefits in terms of underwriting fee income and profit share, while balance-sheet leverage could be used more intelligently.

At this stage of the market cycle it seems all options are open, but all options are complex, involve major changes in direction, strategy or combining with companies where the fit is less than ideal, despite the fact they can deliver on the search for scale.

One thing is certain though, the growth of alternative capital will continue to ramp up the pressure and as a result an increasing number of traditional re/insurers will look to ILS strategies and the capital markets as a way to add efficiency or to augment their income.

Which perpetuates the pressure, of course, likely the state of play for some years to come.