Risk modelling firm AIR Worldwide has released what it calls the first severe thunderstorm risk model for Australia that captures the three main sub-perils of tornado, hail and straight-line winds, a move that will help insurance, reinsurance and also ILS fund managers to better assess and manage risks in Australia. 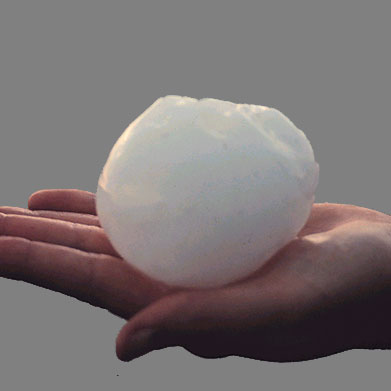 Australia has been hit by a number of severe thunderstorm loss events in recent years (including one earlier this year), particularly in the Sydney and New South Wales regions, with losses to insurance and reinsurance capital seen from some outbreaks, as well as some attritional impacts to ILS fund managers that have exposure in the region.

As such and given the magnitude of some of the recent thunderstorm and hail losses, Australian severe thunderstorm risk has been seen as an increasingly important peril to monitor, leading to a renewed focus on the region by risk modelling firms.

“In Australia, insurance losses from severe thunderstorms are greater than those from other natural perils such as earthquakes, tropical cyclones, bushfires, or floods,” explained Dr. Eric Robinson, manager and principal scientist, AIR Worldwide. “Because aggregate losses from severe thunderstorms can result in extreme volatility in financial results, a robust view of the risk is critical for organizations developing resilience strategies.”

The daily simulation enables the model to capture both the large outbreaks that produce insured losses in excess of AUD 10 million—the ICA threshold for a catastrophe—and smaller events that may last only one day, but that could still impact a company’s portfolio on an aggregate basis, or a more rural portfolio on an occurrence basis.

The AIR model utilizes historical data from Australia’s Bureau of Meteorology (BOM) Severe Storms Archive, which comprises storm reports from a trained weather spotter network. To compensate for inherent bias from eyewitness reporting of the historical data, AIR employed a hybrid physical-statistical method to simulate hail, straight-line wind, and tornadoes in physically realistic locations, including areas that may not have experienced major activity in the brief historical record. This method blends information about atmospheric conditions conducive to severe thunderstorms with BOM storm reports data, resulting in a spatially complete catalog of simulated events that offers companies a more accurate view of their severe thunderstorm risk.

Dr. Robinson commented; “Loss potential is increasing as property replacement values rise in the densely populated cities of Australia, and the number of insurable exposures continues to grow as development expands into previously unpopulated areas.

“Insurers are looking for innovative tools that can help them better manage this growing risk by capturing the impact of both large and small loss-causing events, as well as accounting for the highly-localized effects of straight-line winds, hail, and tornadoes. Our new model does this by integrating statistical modeling with the latest meteorological research.”

AIR also said that updated models for Australian tropical cyclone, earthquake, and bushfire are all available in its CATRADER® Version 19 and Touchstone® 5.0 catastrophe risk management systems, as well as the new AIR Severe Thunderstorm Model for Australia.