It’s hard to ignore that in recent years the insurance and reinsurance market has been beset by losses from so-called secondary perils such as wildfires and floods, which makes the understanding and pricing of these risks absolutely crucial to companies long-term profitability, analysts at J.P. Morgan have said. 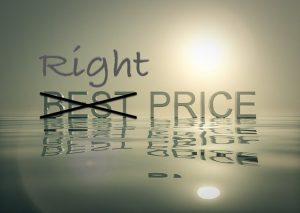 This also applies to the insurance-linked securities (ILS) market, given the expansion into collateralised reinsurance and retrocession has brought exposure to many more secondary perils, while catastrophe bond coverage has also expanded in recent years to more of an all natural perils type coverage, in the case of certain deals.

All of which makes underwriting for secondary perils incredibly important at this time, especially as perils such as wildfire, flood, severe storms, hail and others, are all the perils expected to become more frequent and intense due to the effects of climate change.

With climate change and urbanisation both having played their part in exacerbating insurance and reinsurance market losses, particularly from secondary perils, the ability to price for secondary perils is becoming increasingly important for reinsurers to achieve their profit targets, the analysts believe.

However, “We find that over the last 10 years the sector appears to have underestimated the level of risk, with losses exceeding budgets,” J.P. Morgan’s analyst team explained.

Adding, “While this has reduced ROEs, we note that the ability to re-price following a loss is crucial to the business model, and for this reason we also see climate change as an important longer-term driver of growth for the sector.”

Reinsurance companies have largely exceeded their catastrophe budgets for the last ten years, by an average of 31%.

If losses had been on-budget, the analysts estimate that return on equity for the reinsurers would have been roughly 2.5% points higher over the period.

“While this suggests that reinsurers may have been underestimating the risks, in our view the ability of reinsurers to re-price risk following an event is an important part of the business model. We believe the loss experience justified further increases in premiums and pricing, but also the long-term trends support continued growth in the industry,” the analysts explained.

J.P. Morgan notes that, “Insurance and reinsurance is crucial in allowing economies and societies to rebuild quickly following a major event, and therefore we see the product as one that has an important societal purpose.”

But also making it all the more important that risks are priced accurately and underwritten well, with terms and conditions that are sufficiently relaxed to allow for the coverage a cedent needs, without being too loose that reinsurers add additional unmeasured exposure.

Losses from severe weather and natural catastrophes are expected to increase over time, with continuing acceleration of urbanisation and increasing values at risk in developing economies expected to drive loss quantum higher.

In addition, there is expected to be an increasing share of annual losses from the secondary perils, in 2018 secondary perils accounted for 62% of catastrophe losses and in 2019 roughly 50%, according to Swiss Re.

“In our view, this combination of climate change and the effects of urbanisation and economic development suggest that secondary perils are likely to continue to grow in significance,” J.P. Morgan’s analysts said.

The analysis undertaken by J.P. Morgan suggests that had secondary perils been priced for more accurately and perhaps re-priced for after events, reinsurance companies may have made better profits over the last decade or more.

A lack of historical data and immature catastrophe risk models may contribute to this, the analysts suggest.

“Over time, we would expect the understanding of these secondary perils to increase as more experience is observed,” J.P. Morgan said.

The analysts also highlight that the market is responding to the losses caused by secondary perils and catastrophe events, with rates now seen to be firming strongly in property catastrophe risks.

They explain, “While our analysis shows that over the past decade catastrophe risk may have been underestimated by reinsurers, we also find evidence that recent experience has been acted upon, and that expectations of risk have changed. Most of the sector have stated that they have adjusted risk models following the losses since 2017, and encouragingly for the reinsurers there is growing evidence to suggest that natural catastrophe pricing is also reacting.”

Saying, “While these most recent increases could be attributed to the loss experience since 2017, in our view the longer-term trends around climate change, urbanisation, and the rise of secondary perils, also suggests that pricing and premiums should continue to increase over the longer term.”

This, alongside under-insurance and the prevalence of climate related perils in regions where protection gaps are often largest, but development is also accelerating fast, underscore the opportunity for reinsurance capital and insurance-linked securities (ILS).

The world needs risk transfer, hedging and capital protection against the increasing incidence and losses from weather and climate catastrophes. The reinsurance and ILS markets can provide the necessary expertise and capacity to support this, but their ability to underwrite and price these perils is key to this, to ensure profitability and capital availability over the longer-term.