Should reinsurers always make hay while the sun shines?

Analysts at investment bank Jefferies have questioned the diverging strategies of two of the largest reinsurance companies, Hannover Re and SCOR, pointing out that the former is retaining more catastrophe risk, while the latter is reducing, but the analysts suggest that, in a hardening market, it’s time to make hay. 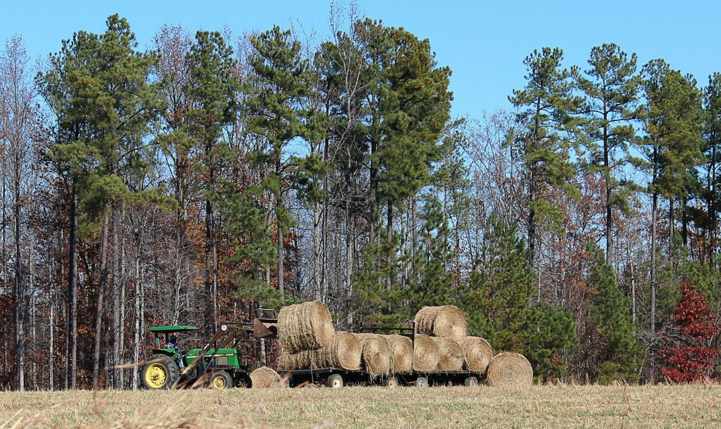 Make hay while the sun shines, a proverb that essentially means making the most of a positive or favourable situation.

In a research note on retrocession market trends this morning, Jefferies analyst team point out the divergence in strategy between Hannover Re and SCOR, when it comes to natural catastrophe risks.

A divergence is not surprising, as if you track the renewal commentary of the big four reinsurance firms since 2010 you will find periods where these giant reinsurers have upsized their catastrophe exposure significantly when the market was far less firm than we see today.

But the last five years of more significant catastrophe loss activity has driven a change in direction for some and perhaps an even deeper divergence between some of the companies, as the focus on managing climate related volatility, secondary catastrophe perils, as well as peak peril exposures adapts to the evolving loss environment.

Jefferies analysts point out that Hannover Re significantly expanded its catastrophe treaty writings at the January 2022 renewals.

As we explained, Hannover Re reported a particularly strong expansion of its portfolio of natural catastrophe risks at the renewals, with cat premiums expanding 25%.

The driver was, of course, much improved pricing, which Hannover Re clearly believes makes it a compelling time to significantly upsize its catastrophe risk portfolio.

At the same time, the analysts also point out that Hannover Re’s retrocession program shrank considerably at the renewals, as we also explained in our article here.

The upshot of which is, Hannover Re retaining much more catastrophe risk after 1/1.

Conversely, SCOR reported yesterday that it underwrote less catastrophe risk exposure and pulled back from areas of the United States.

SCOR also reported that its retrocession program remained relatively static, in terms of limit, although shifted more towards its collateralised Atlas Re sidecar structure, while maintaining a 50/50 mix of traditional and alternative capital sources.

Jefferies analyst team believe SCOR’s catastrophe exposure fell around -7% after the renewals, as it adjusted its business mix.

This is in a market where catastrophe treaty reinsurance and retrocessional reinsurance pricing has risen considerably, with some of the sharpest increases in years.

On catastrophe reinsurance, Guy Carpenter’s Global Property Rate on Line Index was up 11% at the renewals, while Howden’s catastrophe retrocession Index rose 15%.

As a result, underwriting margins are “materially expanding” the analysts at Jefferies explained.

“It is clear that gross underwriting margins make catastrophe risk an attractive source of potential future earnings. However, to a large extent, this depends on a reinsurer’s appetite to retain tail risk. The decision of what to write and how much to lay off is complicated by the fact that considerably more (in $m terms) is taken on than ceded to lay off the tail exposure.

“When weighing up their options, we note that Hannover Re and SCOR have come to directly opposing conclusions.”

Looking at other major reinsurers, Swiss Re has been using more third-party capital and catastrophe bonds to manage its catastrophe and climate risk exposure, a trend that continued at the renewal season, as its alternative capital assets under management increased again.

Swiss Re’s CFO said in late October that while catastrophe risk is still “value creating” the reinsurer did believe more rate was required to make it a more sustainable underwriting category.

So it will be interesting to find out how its strategy for cat risk evolved at the renewals when Swiss Re reports.

Munich Re meanwhile, also said that catastrophe risk continues to make its cost-of-capital back in November, but said more rate rises were required at 1/1.

The company also continues to leverage third-party capital, but has not shown any signs of a diminished catastrophe risk appetite in the run-up to the renewals, again yet to report (like Swiss Re).

Jefferies analyst team note that after the renewals reports, Hannover Re and SCOR’s share prices diverged, just like their strategies for writing cat risk.

“The market appeared to express a clear preference for SCOR, with SCOR up +2.4% on the day, while Hannover Re fell -9.5% in two days. In our view, this reflects the market’s assessment of taking on additional risk and introducing potential volatility, which is perhaps understandable against the backdrop of >$500bn of insured catastrophe losses incurred over the past 5-years,” the analysts explained.

However, the analysts said that they believe investors in these reinsurance giants are being too cautious, as prices are up so considerably now in reinsurance.

“Thus, we believe that reinsurers should take on more risk when prices are high or rising and cut back when prices are low or falling, just as Hannover Re is now doing,” the analysts conclude.

Which effectively means, reinsurers should make hay while the sun shines, or capitalise on strong industry pricing trends.

Which SCOR has opted not to do (this time) and one of its senior executives said that climate risk is a key driver in its portfolio decisions at the renewals.

We say this time, as SCOR had expanded its cat book considerably in 2018 and grew into the United States, when the market firmed somewhat after the 2017 hurricanes.

That was a much less hard market than we see today, so this is a good demonstration of changing priorities and evolving strategies at a major reinsurer, one which has also seen leadership changes of late.

A very difficult question to answer and if the catastrophe loss activity through 2022 remains at or below average, then Hannover Re’s strategy to retain more risk and write more cat may be the one considered to have been most optimal for 2022.

But, if catastrophe losses are above average, or we have another challenging year of smaller to mid-sized catastrophe frequency, with largely meteorological and climate related loss events, then SCOR’s strategy may be borne out as the one that succeeds in 2022.

If frequency is up, if severity is rising, if climate related threats are escalating, then SCOR’s strategy could prove to be a good one.

However, the reinsurer will also have had the opportunity to write more risk, while expanding its retrocession through instruments such as catastrophe bonds, we imagine, so it’s clear SCOR has a higher risk aversion than many others who might have used third-party capital as a lever to support growth into higher priced catastrophe risk.

As ever, the key is in underwriting risk at price levels that cover your loss costs, cost-of-capital, expenses and a margin, across the cycle. Doing that, you at least cover all bases for the more average catastrophe loss years.

Both Hannover Re and SCOR will likely feel they have done so, after the renewals.

Of course, your view of risk and models used, as well as how you tweak them, plus your overall ability to diversify away cat risk against other lines, all come into play here. So there are a lot of moving parts.

But this divergence in strategy at major reinsurers does make for an interesting year ahead and one where the evolved retro programs could also prove a key lever in maintaining profits, driving home the importance of efficient retro capacity from the capital markets once again.

It’s worth noting that divergences in strategy like this are part of what makes reinsurance such a gloriously diverse industry and one where investors can back the strategic direction and expertise of one company, over another.

This is also what makes it such a fascinating marketplace to follow and while the divergence is clear, it won’t be until later in the year and after catastrophe loss activity that we really see its effect.