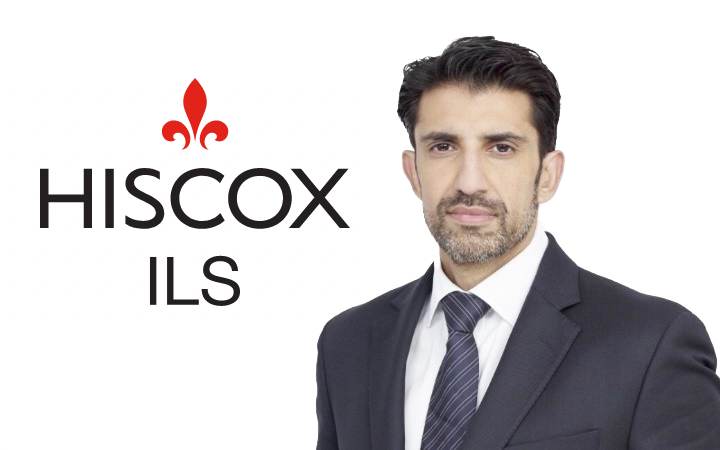 As we reported last week, Hiscox ILS, the insurance-linked securities (ILS) and collateralised reinsurance underwriting and investment management unit of the Hiscox Group, had significant fund-raising success through the second-quarter of 2022.

The ILS manager raised net inflows of $561 million, lifting its overall ILS assets under management to $1.9 billion at the half-year.

This ILS fundraising success has also been a driver of reinsurance expansion for the Group as a whole, as the net ILS fund inflows supported an expansion of Hiscox’s underwriting appetite at recent renewals.

Discussing the source of Hiscox ILS’ new capital inflows, Hiscox Group CEO Aki Hussain explained, “It’s institutional. It’s investors that have been with us a long period of time, many many years.

“This is an asset class they like and they’ve been reallocating capital from other ILS funds to concentrate more on Hiscox ILS funds, we like to think that is because of our performance.

Hussain went on to explain why he feels Hiscox has had such success in ILS fundraising, “Performance has been challenged in the ILS space, but our relative performance has been impressive and so we’ve been able to attract these considerable inflows.”

“This business has had an excellent first-half. The strong relative performance of our ILS funds and
good relationships with our investors has meant that we have seen net inflows of over half a billion dollars by 1st July this year,” he continued.

Adding that, “This is allowing us to step up to the opportunity in what is rapidly becoming a distressed property cat reinsurance market and enabling us to grow our participation on carefully selected cedents.”

Hiscox Group CFO Paul Cooper further explained that the net ILS inflows of $561 million drove the “excellent momentum” to help Hiscox Re & ILS grow its gross reinsurance premiums written by 37.1% in the first-half.

“We continue to build our reputation as a successful hybrid reinsurer, which uses our deep relationships in the market and underwriting ecosystem to effectively and efficiently match risk to capital,” he commented.

Net written premium only grew at 9.1%, so at a lower rate than the top-line, Cooper highlighted.

Saying that, “This is because a significant proportion of the top-line was ceded to ILS.”

“The market has been more interesting this year and we were able to capitalise on this to improve pricing and client relationships.

“The vast majority of growth, excluding rate, has been supported by ILS, where our strong relative performance of our funds has led to increased inflows from our investors.”

Finally, the executives moved onto ILS fee income, which is growing for Hiscox in-line with its higher assets under management.

CEO Hussain explained that, “The ILS funds come with two forms of fee, a fixed fee you effectively get for origination and then a profit share component. The last few years have been challenging, so the profit share has been smaller.”

“The additional assets under management come with an increase in expected capital-light fee income in the second-half and into 2023,” Hussain said.

Forecasting that, “Effectively, there should be a significant increase in fees, we should generate significant variable fee income, starting next year.”

For comparison, Hiscox’s ILS fee income reached roughly $25 million for the full-year 2021, so it appears 2022 is on-track to at least equal that, although it is harder to know as we don’t have the data to break fees out from the quota share income.

But looking ahead, Hiscox ILS will be expecting to make a growing contribution to the Group’s earnings, with fee income likely to build, at least while major losses remain more around the average levels.

Hiscox CEO Hussain is positive on the ILS business at the company and explained that investors are showing far greater interest in the segment this year.

Adding that, “They are interested now pricing is better. We’re talking to them, there is the potential for further inflows in the second-half of the year, but I can’t make any promises.”