Reinsurance rate increases secured so far in 2019 are unlikely to persist through to the June 2020 renewals unless we see another above-average catastrophe loss year in 2019, analysts at Goldman Sachs believe. 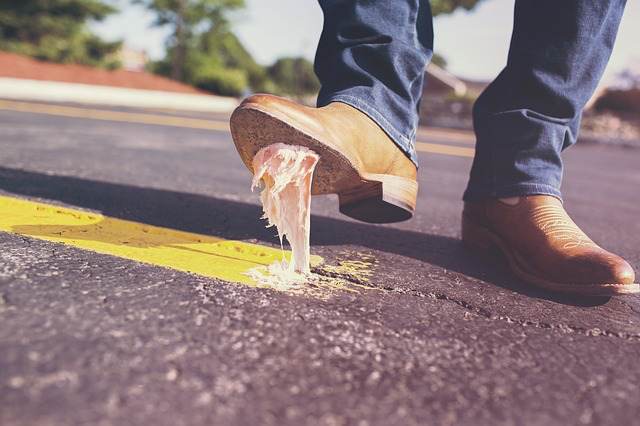 But the shorter-term horizon prospects look better, the analysts at Goldman Sachs say, as they do feel that upwards rate pressure in reinsurance and in retrocession can hold on through to the April 2020 renewal seasons.

The analysts thinking makes sense, as the rate increases seen at the January renewals this year were not as high as hoped for and many reinsurance firms and ILS funds would have liked to have seen higher increases achieved.

That renewal came very soon after the major California wildfire losses, so these may not have been fully priced into reinsurer and ILS funds expectations, while at the same time a lot of loss creep from prior events have flowed into the market since January as well.

All of which suggests that there could be a strong desire in the reinsurance and retrocession market to ensure that January 2020 renewal rates at least hold their ground, possibly that they rise a little further.

After that would come the April 2020 renewals, when it is widely expected that further increases will be sought, particularly for Japanese wind exposed reinsurance renewals.

Given the way typhoon Jebi’s industry loss continues to creep higher and higher, the pricing achieved this April may not have gone far enough in covering reinsurer and ILS players loss costs, suggesting a chance that the market will seek to improve on the new pricing floor in Japan next April as well.

But by the time we come back to June in 2020, the analysts believe that the attraction to writing core property catastrophe zone risks in the United States may prove too attractive, so without further losses the Goldman Sachs team feel it is less likely a pricing floor can be sustained in Florida.

“We expect catastrophe reinsurance/retrocession rates to continue to increase through next April regardless of how active this storm season is. However, we do not believe that rate increases will continue into June 2020 renewals and beyond without another above-average loss year in 2019,” the analysts explained.

Establishing and then sustaining a new floor on pricing is really what this all comes down to though and the next twelve months are going to prove a tough test for reinsurance and ILS capital’s discipline and willingness to hold the line on pricing at the next few renewals.

The analysts explain why they feel rates could continue to rise at the January renewals, “We expect 1/1 property catastrophe renewals (of global retrocession treaties) to continue to show YoY rate improvement (but slowdown compared to 6/1 renewals) as a result of continued loss creep from Japan’s Jebi and Florida’s hurricanes since January 2019 renewals (Jebi industry loss estimates are up by over 30% since January 1), though this should be muted by flatter renewals in other geographies and lines.”

As well as for April, “We expect 4/1 renewals to continue to show rate increases as a result of the Jebi loss creep (with some industry estimates in excess of $15bn, compared to initial estimates of $3-5bn).”

Although the Goldman Sachs analysts do note that loss experience in 2019 will also be important to Japan’s renewals, “The magnitude of increases should be determined by whether Japan experiences another year of elevated storm losses.”

Beyond April 2020, the analysts say that the prospects for reinsurance renewal rates are “far less clear,” depending largely on the magnitude of losses incurred from 2019’s tropical storm and hurricane activity in the north Atlantic.

“Simply put, we do not believe that the market will sustain 2019’s double-digit rate increases in the face of a benign wind season,” they explain.

Interestingly, the analysts suggest that if the storm season is benign in 2019 it could encourage more sidelined ILS capacity to enter the market.

While that is almost certainly a given, as memories can often run short in the risk business, we actually believe this sidelined ILS capacity will find its entry points by a year’s time anyway, whether there are more losses or not.

Much of the sidelined capacity is actually more attracted by either a higher pricing floor for property catastrophe reinsurance risks, or by different and more direct ways to access the risk.

Hence a further year of losses could provide more evidence that the property catastrophe price floor has been raised, while innovative investment managers have another twelve months to work on structures that can enable investor capital to more directly back large pools of insurance risk, of which there are a number of such initiatives in the works.

Potentially more impactful would be the releasing of trapped capital without further losses, or potential losses, holding it back for longer this year.

That could release more funds that are in need of deployment into existing ILS strategies, which could have a bit of a dampening effect on rates.

But hurricane activity that hits the United States in 2019 is expected to drive the need for continued and increasing rate improvement at June 2020, the analysts are convinced.

“Should a major hurricane make landfall for the third consecutive year in 2019 and/or should the United States experience above-average named-storm losses for a fourth consecutive year, we would expect continued rate momentum to build into mid-year renewals in 2020, as property catastrophe models would likely need to be adjusted to reflect such unprecedented events,” Goldman Sachs analyst team said.

The June renewals we’ve just seen completed featured what may be the greatest reinsurance pricing increase seen in a decade, the analysts note.

That new level could become a new pricing floor, setting a standard for the return that reinsurance and ILS market’s want to achieve.

But the analysts may well prove right in twelve months time. Without further losses, or an upwards resetting of catastrophe models, it’s hard to see these rate increases sticking through the year ahead as the market is more likely to revert back to its old supply and demand dynamics.