The federal government of Mexico has cited new “innovations” that improve the coverage of its latest catastrophe, which was secured as part of the World Bank’s $1.36 billion multi-country Pacific Alliance cat bond issuance that completed recently. 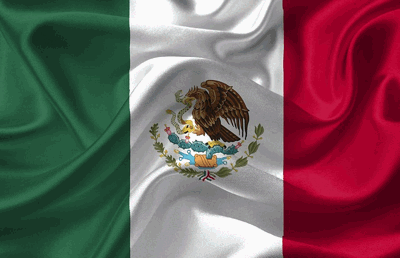 Having received a $150 million payout from its last earthquake catastrophe bond tranche after the Chiapas earthquake in 2017, the Mexican government has now upsized the level of earthquake coverage it receives from cat bonds with this new deal.

The coverage is again on a parametric basis, running for a two-year period until February 2020.

Mexico still has both Pacific and Atlantic hurricane cat bond coverage in-force, thanks to the remaining tranches of its IBRD / FONDEN 2017 catastrophe bond.

The Mexican Secretariat of Finance and Public Credit said that the new catastrophe bond features, “innovations that improve coverage amounts and activation conditions.”

The previous Mexican cat bonds have only had a single earthquake exposed tranche of notes, meaning that just one coverage layer was available.

This new issuance covers two different levels of risk, but both can be triggered at the same time by a major earthquake, meaning that just one tranche may be triggered by a less severe earthquake of magnitude 7 or greater, but a considerably larger earthquake could see the Mexican government benefitting from a $260 million payout.

The Mexican government also highlighted the demand that investors showed for its latest catastrophe bond issuance, saying that it had orders amounting to 206% of the actual amount offered, which reflects the oversubscription from the ILS investor base as their appetite would have supported a much larger deal.

The Mexican government said that 33 investors participated in its catastrophe bond and that this demand helped to push down the pricing resulting in the final coupon coming in around 17 basis points below comparable issuances in the catastrophe bond market.

This most recent issuance was rattled by a magnitude 7.2 quake that struck southwest Mexico in the Oaxaca region this month, but this was not sufficiently strong to meet the trigger parameters of the new cat bond.

You can read all about Mexico’s latest catastrophe bond, the $260 million IBRD CAR 118-119, in the Artemis Deal Directory.