Markel CATCo fund commutes some of its Jubilee FPSO exposure 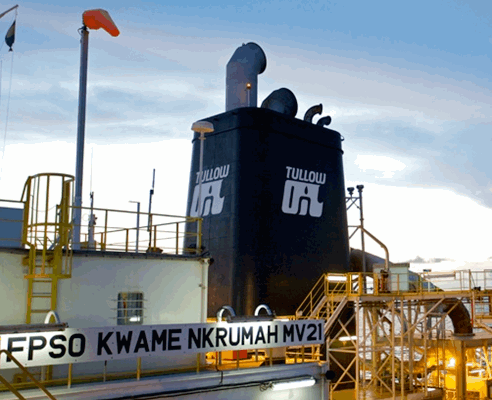 The industry loss due to the damaged turret on the Kwame Nkrumah FPSO (floating production storage and offloading) operating on the Jubilee oil field in Ghana had been on the rise, with the extended shutdown of oil production. So it makes sense in such circumstances to commute and settle on losses where possible, in order to gain greater certainty of your exposure to such an event.

Markel CATCo has settled and commuted a portion of the 2016 side pocket it had established to contain potential losses from the Jubilee oil field FPSO event, thus finalising the loss on that portion of the side pocket and enabling it to deliver greater certainty for its investors.

The commutation of this portion of the side pocket will have a negligible cost it appears, as the 1% of net asset value (NAV) it represents has largely been offset by favourable development on other loss reserves related to 2016 events, according to the manager.

As a result, there has been no material impact to the reported NAV for June, Markel CATCo explained.

The rest of the fund’s exposure to the Jubilee oil field FPSO loss event amounts to approximately 3% of NAV, so the overall expectation of the size of this industry event has clearly risen since Markel CATCo originally set up a loss reserve of 3.5% of NAV for this event.

That possibly reflects the extended period that the Kwame Nkrumah FPSO on the Jubilee oil field has seen a shutdown of production, as well as the developing view of the size of this reinsurance industry loss event.

Markel CATCO said that the fund does not have any industry loss warranty (ILW) investment exposure remaining below a $1.75 billion industry loss for the Jubilee event.

Industry expectations remain for a loss of around $1.5 billion, so for now any ILW’s attaching at above $1.75 billion look to be safe from loss.

Commuting losses early is a prudent move, as it allows an ILS fund manager to close down that exposure, gain certainty over any impact to the fund and provide greater protection to its investors assets. Markel CATCo has used this technique regularly to protect its investors and maintain oversight of its loss payments.