Industry loss warranty (ILW) payouts could be in the billions

According to market sources, both traders and ILS fund managers, following the impacts of hurricanes Harvey and Irma a number of industry-loss warranty (ILW) contracts are expected to payout, with the total at risk seen as in the billions. 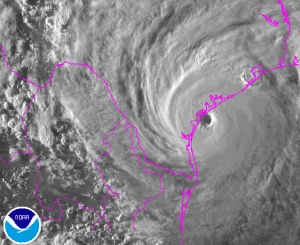 One ILW trader told Artemis that there could be as much as $2 billion worth of ILW’s that payout for the impacts of the two major hurricanes that made landfall in the United States.

ILW’s provide reinsurance and retrocessional protection and use a trigger based on the total insurance industry loss, as reported by a third-party agency.

With ILW contracts requiring a third-party generated number on the industry exposure, the contracts typically use an agency responsible for aggregating and reporting losses with the most widely used being Property Claim Services (PCS) catastrophe series data.

However ILW brokers are also known for using trigger data providers that are perhaps less ‘official,’ in terms of their use as sources that collate, aggregate and report on industry loss data for transactions, with ILW’s in the past having used Swiss Re sigma data, Lloyd’s of London reported line of business claims, Munich Re NatCat report data and even figures reported in the major newspapers.

In the case of the three hurricanes the data from PCS is likely to be the main source, given it is the accepted reporting agency for industry-wide catastrophe loss data for the U.S.

Our sources told us that a significant proportion of the ILW payouts will come from contracts providing reinsurance or retrocession for second event risks, as there are many ILW’s in the market that only attach and payout after two U.S. wind events of $10 billion or greater each.

With both hurricanes Harvey and Irma expected to result in well over $10 billion of industry losses, any ILW contracts with a $10 billion U.S. wind trigger will pay out, whether second or first event focused. There will of course be ILW’s in the market exposed to multiples of that, with triggers typically set at $5 billion or $10 billion upwards intervals.

As the industry losses rise the payouts from ILW’s will increase. The latest estimates from risk modellers point to hurricane Harvey’s eventual industry loss coming out around the $15 billion to $25 billion range, while hurricane Irma could be closer to $30 billion in the U.S. alone.

Industry loss estimates for Harvey could be higher than some would expect, given that PCS includes auto and commercial lines in its reporting, both of which will include a large flood component.

AIR Worldwide said that in the United States insured losses from hurricane Irma will total between $25 billion and $35 billion, while fellow catastrophe risk modellers RMS opted for a private insurance and reinsurance market impact from Irma’s hit in a range from $22.5 billion to $29.5 billion.

With hurricane Irma there is also the question of Puerto Rico losses, which PCS will also report on being a U.S. territory. This could also mean there is an industry loss figure for hurricane Maria as well, despite the fact it looks unlikely to hit the U.S. mainland.

That could bring any ILW’s or industry loss triggered contracts that have third event coverage in them, into play (if such a thing exists).

Tom Johansmeyer, Assistant Vice President, PCS, commented to Artemis; “With an active hurricane season in full swing, the PCS team is singularly focused on executing according to our methodology. With more than 40 events last year, for example, we’ve had ample opportunity to demonstrate the discipline that characterizes our operation. As to our initial reports, we encourage the market to remember that our resurveyed process initiates for events in the United States expected to exceed $250 million.”

With at least hundreds of millions of ILW limits expected to payout, perhaps in the billions, these contracts are also going to need replacing, providing opportunity for capacity providers who can move quickly to replace reinsurance and retro coverage for cedents.