Onshore property losses covered by insurance after recent hurricane Grace are expected to reach around US $330 million, according to catastrophe risk modeller Karen Clark & Company (KCC). 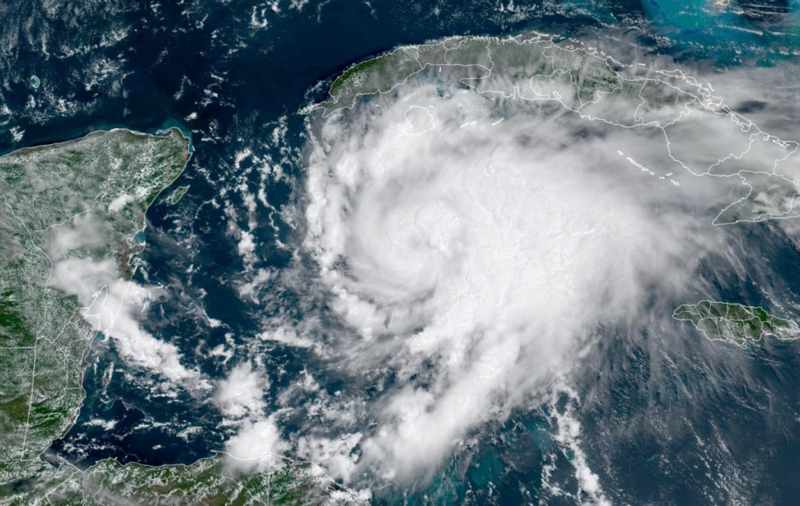 Hurricane Grace impacted parts of the Caribbean and Mexico, where it made two landfalls.

KCC splits the onshore insured property loss into $300 million for Mexico and $30 million for the rest of the Caribbean.

At those levels reinsurance impact is expected to be negligible.

As we explained at the time, neither of the Mexico landfalls saw the central pressure of hurricane Grace drop to levels low enough to breach the parametric trigger of the World Bank supported IBRD / FONDEN 2020 catastrophe bond.

Low-level wind damage in the Caribbean was isolated to Jamaica and the Cayman Islands. In Jamaica, tropical storm force winds resulted in down trees and powerlines. In the Cayman Islands, Grace by- passed the islands to the south and brought hurricane force winds onshore. This resulted in some damage to non-structural building components such as roof coverings in areas along the island’s southern coast. Structural damage was typically the result of downed trees.

Heavy precipitation associated with Grace produced scattered floods in Haiti, the Dominican Republic, and Jamaica. In Haiti, the region most impacted by Grace was still recovering from a Magnitude 7.2 earthquake that ruptured a few days before Grace made landfall, complicating the emergency response to flooding.

Central Mexico has historically experienced fewer hurricanes the Yucatan Peninsula and, as a result, the building inventory exhibits construction characteristics more vulnerable to wind impacts, such as a higher proportion of light metal roofs. Category 3 wind speeds resulted in extensive damage near the coast, and frequent damage to envelope openings, roof covering and decking, and siding was observed. Throughout the affected region, trees and utility poles were also damaged.

As we explained yesterday, forecast models currently suggest a Gulf Coast hurricane threat may emerge later this week or into the weekend, which has the potential to be a much bigger concern for the ILS market than Grace was, if any of the more intense model scenarios we’ve seen play out.

← Older article More people move into climate risk exposed US regions, than out