Early estimates of insurance and reinsurance industry losses due to hurricane Patricia are in a range of up to $500m, with the eventual total expected to be significantly lower than had initially been expected when Patricia became one of the strongest recorded hurricanes. 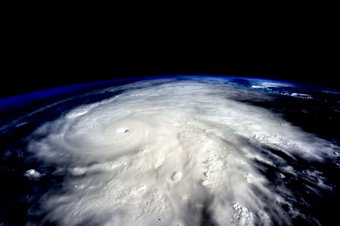 Insurance industry losses due to onshore property damage in Mexico, from recent Category 5 hurricane Patricia, are not expected to exceed $200m, according to an initial estimate from risk modeling firm AIR Worldwide.

AIR Worldwide notes that fortunately Patricia weakened from one of the most intense hurricanes ever recorded as it approached landfall, which has reduced the loss potential. Patricia also came ashore in a less populated area, which again reduced the damage from the storm.

Meanwhile, Kinetic Analysis Corporation put an insurance industry loss estimate of under $500m on the damage caused in Mexico by hurricane Patricia.

The final toll faced by the insurance and reinsurance industry due to hurricane Patricia will be difficult to assess, as the region Patricia moved over after landfall is remote and mountainous in places.

Interestingly, rating agency A.M. Best explained Friday that the total insurance in force for the Mexican states of Guerrero, Michoacán, Colima and Jalisco, where Patricia impacted, excluding federal infrastructure, totals $55.3 billion. So for the insurance industry loss to be so low from a Cat 5 hurricane with so much exposure in its way is perhaps remarkable.

The final toll will be much lower than had been anticipated when Patricia strengthened rapidly on approach, largely due to the fact that Patricia weakened somewhat before landfall and that the location of landfall was between the major towns in the area. Had one of those towns been hit the loss would be much larger.

According to the NHC, Patricia made landfall at around 6:15 p.m. CDT on Friday, October 23, near the town of Cuixmala in Jalisco state in southwestern Mexico, between the resort city of Puerto Vallarta and the major port city of Manzanillo. Although the hurricane looked very impressive in satellite imagery prior to landfall, the wind field was relatively small. Category 5 wind speeds extended just 15 miles from the center of the storm and hurricane-force winds extended outward just 35 miles from the eye.

Patricia’s forward speed at landfall was 20 mph and this fast movement helped to limit rainfall accumulation. As the storm moved inland, it began to weaken as it interacted with Mexico’s mountainous terrain, although it was still a Category 3 hurricane five hours after landfall, with sustained winds of 120 mph. The NHC officially downgraded Patricia to tropical storm status on Saturday morning and then to a tropical low a few hours later.

Fortunately, Hurricane Patricia did not make a direct hit on the coastal exposure concentrations of Puerto Vallarta or Manzanillo, which experienced much weaker winds and storm surge than were experienced in the vicinity of landfall. The storm also missed the major city of Guadalajara as it tracked inland.

In terms of the impact, AIR Worldwide notes that it is less severe than had been feared, although these is uncertainty due to the mountainous region and the difficult access to assess damages.

In the state of Jalisco, in the area nearest to landfall, roof coverings were peeled off by high winds and damage to non-structural elements such as awnings and signage was common. Dozens of small homes were flattened in the fishing village of Chamela.

According to AIR, some structural damage to homes and businesses occurred as a result of fallen trees; severe damage, however, has been limited. Many roads have been made impassible by debris or landslides, and hundreds of homes have been flooded, primarily in some high elevation locales. Several injuries have been reported, but thus far no fatalities. Mexican authorities had declared emergencies in the three coastal states of Jalisco, Nayarit, and Colima prior to landfall. Resorts in Puerto Vallarta had been evacuated and schools were closed.

In addition to its small radius of maximum winds, the impact of the storm was tempered by the Sierra Madre Occidental Mountains, which shielded the more densely populated coastal exposures from widespread destruction that could have otherwise resulted from a strong Category 5 hurricane. Furthermore, Patricia’s storm surge was limited because of its small size, the short amount of time it spent as an intense hurricane prior to landfall, and unfavorable coastal bathymetry. Emergency preparedness measures and evacuations ahead of the storm also reduced the impact of the hurricane.

While the impact to Mexico appears to have been much smaller than expected from a powerful hurricane such as Patricia, it seems that Texas may now be the location to suffer the greatest insurance industry impact.

Chuck Watson, director of research and development at Kinetic Analysis Corporation, told Bloomberg; “Mexico just had an incredible piece of luck. It was remarkable that the hurricane’s eye bisected the coastline between the resort town of Puerto Vallarta and the major port of Manzanillo, sparing both. If the storm was 20 to 30 miles (32 to 48 kilometers) one way or another it would be catastrophic for either of those two cities.”

With the $100m tranche of MultiCat Mexico Ltd. (Series 2012-1) Class C catastrophe bond notes likely triggered by hurricane Patricia, the extra insurance payout from these notes will be useful to aid reconstruction efforts. Questions remain over whether the notes are a 100% or 50% payout however.