In the last few days as the U.S. Atlantic hurricane season approached (it’s now officially started) reports have emerged that catastrophe bond yields have climbed back up to near record highs. According to issuers, cat bonds are trading at similar levels to the yields seen just after hurricane Katrina. That’s pretty amazing, and shows that the resurgence of the cat bond is continuing strongly.

As promised, here’s a monthly update on the state of the Swiss Re Cat Bond Total Return Index: 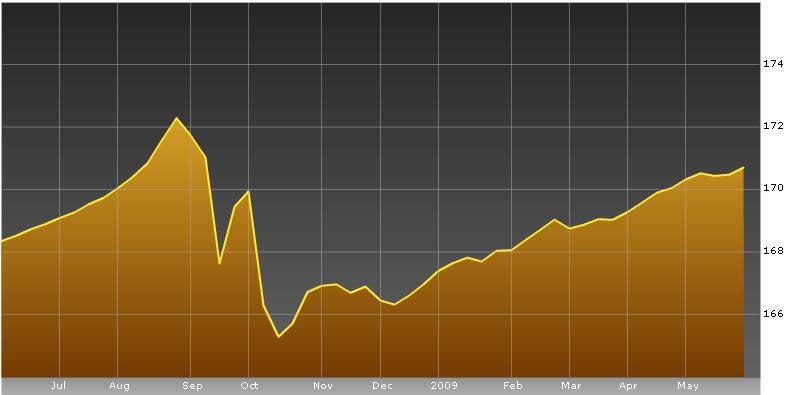 You can see that the index has continued it’s climb in the past month. Chart the index on Bloomberg here.

Now that the hurricane season is upon us, we hope to see more diversity in the risks covered by any future cat bonds as there had been a bit of a U.S. focus to date. We still have yet to hear whether Ianus Capital has been successful as the first cat bond of 2009 to feature risks outside the U.S.