Hurricane Dorian has now resulted in some catastrophe bond market activity, with a number of trades completed as certain insurance-linked securities (ILS) funds or investors look to reduce their Florida exposure. 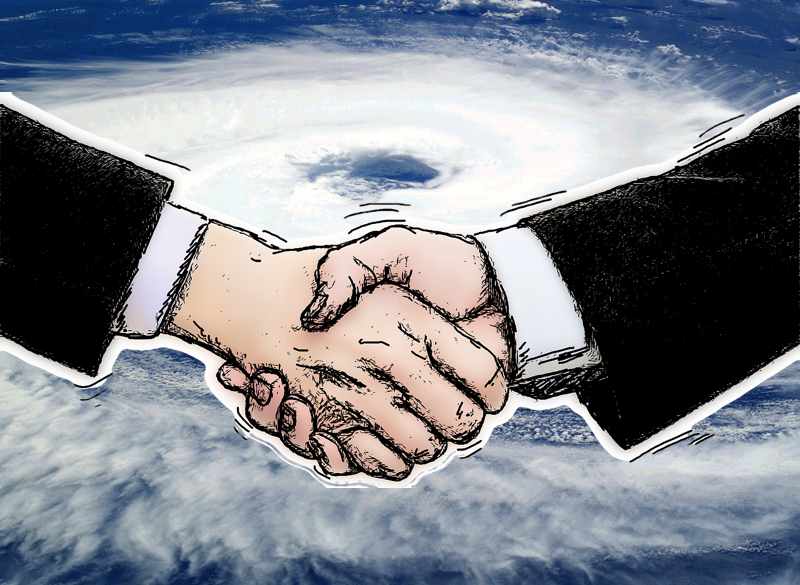 Update, Sep 5th: Hurricane Dorian remains a strong hurricane. The U.S. coastline is not yet in the clear, as Dorian is forecast to hug it on the way north, with dangerous winds and storm surge expected and a chance of making landfall. Our latest here.

But with the eventual landfall location, intensity and resulting insurance and reinsurance industry loss from hurricane Dorian still very unclear, uncertainty reigns in the catastrophe bond, as well as in live cat or industry loss warranty (ILW) markets at this time.

Hurricane Dorian continues to churn towards the Bahamas and Florida with winds at high Category 2 strength, as we explained in our latest update here.

A number of cat bonds were traded, all with a Florida focus we understand, signalling a desire among some ILS funds or direct ILS investors to offload or downsize their exposure to hurricanes hitting the state.

Only one cat bond trade is actually visible on FINRA’s Trade Reporting and Compliance Engine (TRACE), with the rest of the trades not recorded there.

That trade was a $1m+ slice of the United Insurance Holdings sponsored Armor Re II Ltd. (Series 2018-1) catastrophe bond, which is exposed to Dorian through the Florida headquartered primary insurance group’s property underwriting operations there.

The Armor Re II 2018-1 cat bond notes had recently been priced at around 99 cents on the dollar in the secondary market. But yesterday one investor completed this trade at 85.50, so an almost -15% discount to par.

A clear suggestion that this particular ILS fund or investor was keen to reduce its Florida exposure. It’s worth noting though, that the Armor Re II 2018 cat bond was not the riskiest from United, with its 2019 issue having a higher expected loss.

We’re also told there has been a trade or two this morning, Friday, as well.

With the weekend and a U.S. public holiday (Labour Day) between now and hurricane Dorian’s landfall, it seems likely that today is the day for trading activity to lift, if it does at all.

However, our cat bond market sources explained that it’s incredibly difficult to put buyers and sellers together at this time, with so much uncertainty still in the latest hurricane Dorian forecasts.

Modelled solutions point to scenarios ranging from hurricane Dorian hitting south Florida and crossing into the Gulf of Mexico for a second landfall in the Panhandle, to Dorian striking the middle to south of Florida and then curving north along the Peninsula, but also some model runs show Dorian curving north earlier and either raking the coast of Florida as it moves north or even turning prior to making any landfall.

The consensus remains on the mid to south Florida Category 3 to Category 4 landfall though, which suggests industry loss scenarios in a range from $10 billion to as much as $25 billion (perhaps even $30 billion according to some new runs we’ve seen), or maybe even a little higher depending on how long hurricane Dorian sustains hurricane force winds over land in Florida and how slowly it moves, so dropping more rainfall.

But while the central scenario looks bad enough and could result in some reinsurance, ILS and catastrophe bond losses, the fact there remains such a wide range of outcomes means getting trading sides to come together in agreement is particularly difficult at this time.

The same situation exists in the live cat market, where sellers have moved north towards $40 billion or more industry loss triggers, but buyers are looking at the scenarios that suggest an industry loss is more likely in the $15 billion to $30 billion range (should the landfall scenario remain as it is).

It’s making it very difficult for parties to agree, we’re told. Although, of course, some of this could be broker bluster and it is likely some live cat trades might be getting done that we don’t know about.

Trading activity may pick up today, but the issues of picking which catastrophe bonds to sell (given Florida is a significant share of the market still) when the range of modelled outcomes is still so large, makes it very tricky to see many trades coming together at this time.

As greater certainty in the landfall scenario and potential insurance and reinsurance market loss for hurricane Dorian won’t really emerge until late Saturday or Sunday at the earliest, it’s going to make for challenging trading conditions and brokers will have their work cut out to put buyers and sellers together.

Unless of course it’s a case of an investor or fund wanting to just offload their Florida exposure at any cost, in which case there are almost always likely to be some buyers at particularly distressed pricing.

You can always visit our 2019 Atlantic hurricane season page for the latest and we will update you as new information is reported to us.

For details of every catastrophe bond every issued visit the Artemis Cat Bond Deal Directory.