Claims from Australia’s recent severe flooding event continued to be counted over the weekend, with the total rising another 2% and the Insurance Council of Australia’s (ICA) industry loss estimate rising to AU $2.3 billion as a result.

As we explained last week, reinsurance recoveries from the floods that impacted the Southeast Queensland and New South Wales regions of Australia are on the rise.

The latest report of a reinsurance recovery came from Australian insurer Youi, which said it expects to make further claims under its aggregate reinsurance provisions.

Youi is counting the flooding as four events for reinsurance purposes, similar to insurer Suncorp, which said it expects to claim across multiple reinsurance treaties after the flood catastrophe.

But now, as of this morning, the ICA has counted 153,769 insurance claims received from the Southeast Queensland and New South Wales flooding, so the difficult task of counting the costs will begin in earnest. 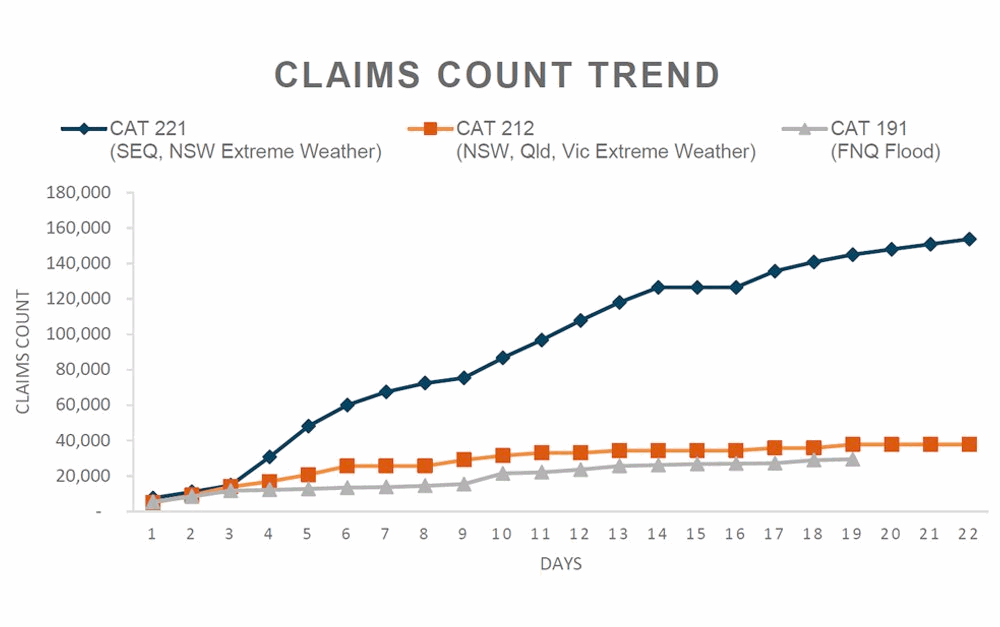 As of this morning, the ICA estimates the total insured loss at AU $2.307 billion, but this is solely based on average claims costs from prior events, so the total could be higher, or lower.

One factor that has not been robustly accounted for is possible claims inflation and the inflationary nature of economies around the world, which could play into the recovery, the costs of claims and inflate the industry loss.

The ICA also disclosed that as of March 18th the industry loss for Queensland alone was seen as reaching AU $1.285 billion, on the back of 85,000 claims being received.

Finally, the ICA has now given an updated industry loss estimate for the June 2021 severe weather event that struck parts of Victoria, Australia.

That event was thought to have triggered some aggregate reinsurance recoveries for some of Australia’s insurers and now the ICA has said that there have been 33,000 claims lodged for damage from the June 2021 storms and flood, with losses estimated at AU $292 million.