Insurance claims filed from the recent July severe flooding in the New South Wales region of Australia have climbed more than 57% to 6,853 overnight, while the impacts of flooding are now being most felt further north of Sydney.

Now, as of Thursday morning, the number of insurance claims has risen further to 6,853 as of early this morning, a 57% increase.

But, the good news for insurance and reinsurance interests is that claims are currently climbing much slower than with other recent flood events in Australia, which may suggest the ultimate industry loss does not come close to levels recently seen. 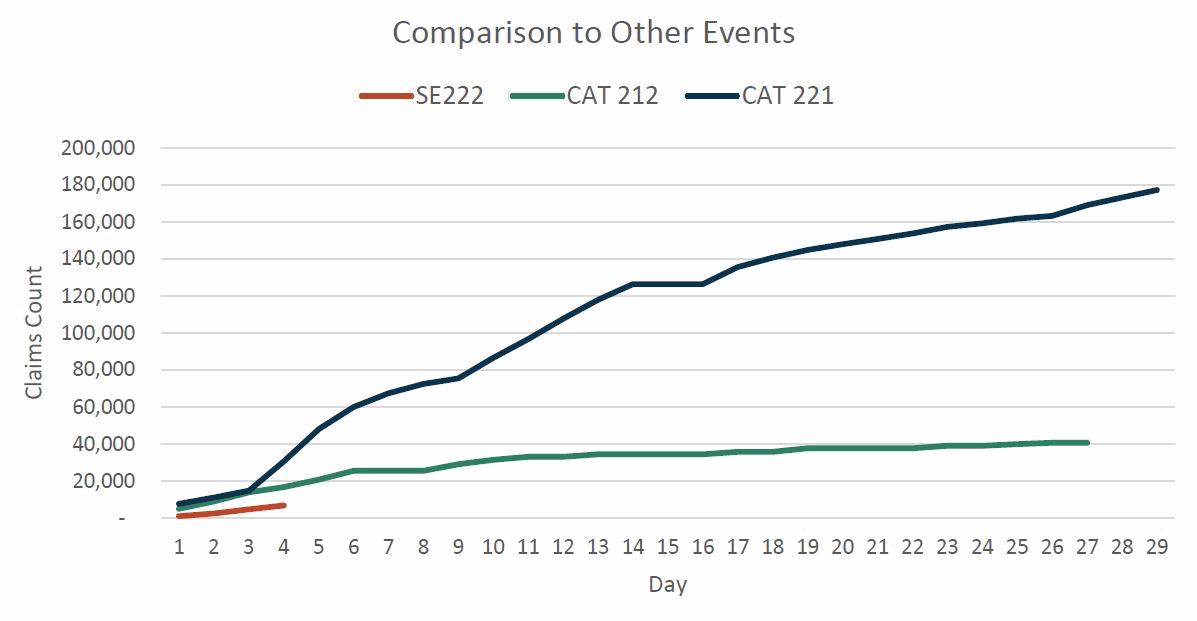 However, the claims are going to continue to pour in from these floods, as there are severe impacts continuing further north of Sydney.

The weather system that brought all of the rainfall has moved up the coast and now towns to the north are seeing flood levels rising, with additional properties inundated.

It’s also worth noting that some commercial insurance claims have now been filed as well, which can tend to be more expensive per-claim than a household recovery.

The ICA said this morning that of the now 6,853 claims filed, 84% are for property damage, 14% for motor and now 2% for commercial insurance claims.

The number of people subject to evacuation orders has now declined somewhat to 60,000, as of Thursday morning.

More rainfall is forecast for the weekend and next week for the Sydney region, although at this stage it’s not clear how heavy that will be.

These July 2022 floods in Australia have struck just as parts of the eastern and southeast coastal areas of the country are in recovery after a number of flood events that occurred earlier in the year.