Australia is flooding again, with weather forecasters talking about a “rain bomb” for the Sydney and surrounding region of New South Wales and flood waters rising in some areas already impacted by the recent severe weather and floods that struck in late February. 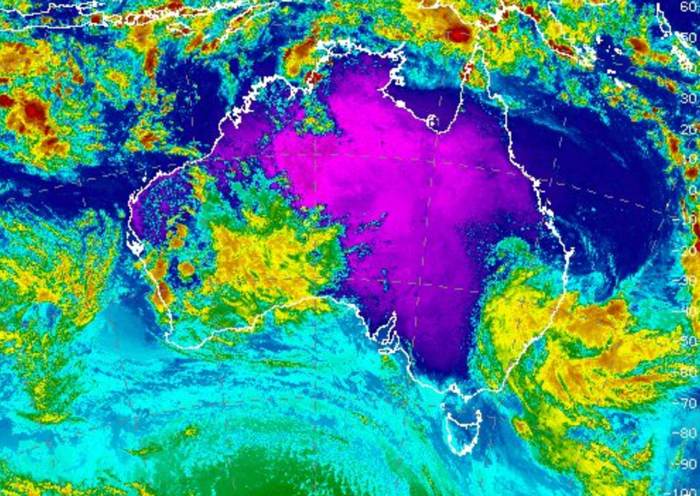 The first flood event, which most seem to be taking a date of around February 22nd as the start of, struck the Southeast Queensland and New South Wales regions of Australia, with Brisbane particularly affected, as well as some areas around Sydney.

That flood event is now understood to have driven more than 165,000 insurance claims, according to the latest update from the Insurance Council of Australia (ICA), which means the industry loss estimate on its claims basis will now be above AU $2.5 billion.

However, as we explained at the end of last week, our market sources suggest the cost of the first flood episode is likely to end up between US $2 billion and $3 billion.

Major Australian insurance carriers are all anticipating making reinsurance recoveries for that first flood disaster, but now with severe weather impacting the Australian south-east Queensland and New South Wales regions this week as well and flood waters on the rise again, the situation is set to become much more challenging and likely more costly as well.

The renewed severe weather, torrential rainfall and flooding situation has forced the Insurance Council of Australia (ICA) to close recovery centres in some of the areas impacted by the late February flood disaster.

At the same time, insurance assessors have pulled out of some areas due to rising flood waters.

Evacuation orders have been put in place for some parts of northern NSW, including the town of Lismore.

There are warnings of locally intense rainfall as the severe weather system moves slowly south and areas of Sydney are expected to have multiple days of rainfall, raising the potential for more flooding in the region.

This is all set to complicate the claims assessment process after the first flood event and when this happens, two events occurring relatively close together, it can result in challenges over attributing flood damage to one severe weather outbreak or another.

For reinsurance recoveries this second spell of severe weather and the potential flooding it may bring could also exacerbate the ultimate bill for reinsurers, as it will be deemed a second event if claims rise high enough.

With major Australian insurers such as IAG, Suncorp and Youi already claiming under their aggregate reinsurance towers for the first flood outbreak from late February, a second event could breach any per-event loss deductibles and result in further erosion of these aggregate towers.

It’s still early in this latest severe weather outbreak, but with rainfall set to soak the eastern coastal region of Australia over the coming days, re/insurers will be on-watch for another developing flood situation.

Of course, the impact to people that have already been affected by floods less than a month ago will also be significant and for those homeowners trying to repair and recover from the late February floods, a second event could be disastrous.