The reinsurance market is renewing much harder at these 1/1 2023 renewals and while the market resets its pricing baselines higher, for property and catastrophe risk in particular, we ask can those baselines be sustained this time around? 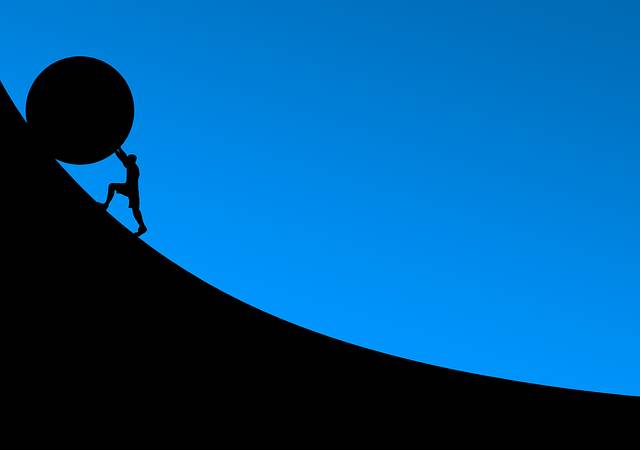 Analysts at KBW have cited an expectation for “likely-enormous” rate increases for property catastrophe reinsurance coverage at this renewals.

They suggest the United States homeowners insurance market should anticipate accelerating rate increases through 2023, as carriers deal with the effects of a very hard reinsurance market.

Our sources suggest the upwards trajectory of property catastrophe reinsurance rates is now expected to continue throughout 2023 at the other renewal seasons.

We’re told the Japanese reinsurance renewals on April 1st are lining up to potentially see some of the steepest rate increases in two decades, as reinsurance markets are already signalling an intent to continue to move the baseline for cat reinsurance pricing higher across the world.

We’re told that Florida is a market where sources are less certain as to how significant any rate hardening will be at the June 2023 reinsurance renewals, but be default our sources say they anticipate more rate will be required at certain layers of towers, while the rest of programs looks set to depend on the perceived effectiveness of the recently passed property insurance reforms.

It is this resetting of baseline expectations for returns from catastrophe reinsurance underwriting that is set to drive a broader hardening, it seems.

Reinsurers and insurance-linked securities (ILS) funds feel pricing has not kept up with loss costs, let alone inflation (economic or social), and has not accounted for the frequency seen, or the effects of secondary peril events, while climate change expectations have also not been factored in.

There is a question that needs asking as to how or why the industry has got itself into a position where, market-wide, the baseline price needs raising, so significantly in some regions?

Capital inflows will likely be pointed to as a driver.

But, the mechanics of price discovery, book-building and clearing in the reinsurance market do need calling into question here.

We’ve heard from numerous cedents and markets that bemoan the manual nature of the reinsurance renewals, the slow process of quoting, the delays caused by needing to re-order or re-market a program after adjustments to price and terms, as well as the need to leverage technology more, to make the renewals a smoother process and less of a bottle-neck.

Before anyone comments, we do believe the brokers have done an excellent job of getting these renewals to their latest stage of nearing completion, under particularly difficult circumstances. But are some of those circumstances of the market’s own creation?

Those questions aside, the January 2023 reinsurance renewals will see new baselines set for catastrophe reinsurance rates, it now seems.

With firm order terms (FOT’s) now coming together in greater number as year-end approaches and many renewal placements now getting completed, it does seem some will be late and fall into January, while some others will require gaps filling, prolonging the renewal process this time around.

With new pricing baselines getting installed, as the market resets higher, this alongside the much tighter terms, named peril focus, higher attachment points and retentions, is expected to drive property cat reinsurance rates broadly up 30% to 50% on a risk-adjusted basis.

That’s broadly. There will be cases, in particular across lower-layers, areas of the market with higher loss experience, or for carriers without the balance-sheet depth to accept higher retentions, where reinsurance rates rise much more.

The retrocession market is one area steeper increases are being seen, while we’re told that industry-loss warranty (ILW) rates-on-line are living up to our forecasts from November.

All of which is set to deliver far more performant portfolios of risk, for those writing cat exposed reinsurance contracts as we move into 2023.

Outside of property catastrophe risks the renewals have been far more manageable, it seems, while still seen to firm in some areas, particularly around ceding commissions, or term adjustments that are deemed likely to deliver better risk-adjusted performance.

Some reinsurers, we’re told, are leveraging the rate increases in property cat risks as a lever to allow them to write more in other areas, so providing for a more balanced-book, even while property cat reinsurance becomes a larger driver of their profit potential over the coming year.

KBW’s analyst team believes that the improved economics in cat reinsurance will offer some benefits to primary insurers.

Eventually, these should assist primary carriers in some areas of the market, as reinsurers may become a little more accommodating in other lines of business, especially likely once their 1/1 books are accounted for and start to earn through.

On the flip-side, higher reinsurance rates in property risks can help primary homeowners carriers to accelerate the rate trends in their business over the course of this year, as the higher reinsurance pricing gets passed on to consumers, to a degree.

So, higher catastrophe reinsurance pricing can provide some leverage for primary carriers, both in their property and other lines of business, although in opposite ways it seems.

But there are other factors at-play, that have been a driver of the rate hardening seen in reinsurance and these are also driving up baseline pricing.

Geopolitics and the macro-economic environment continue to heighten uncertainty for insurers and reinsurers in general, with these forecast to persist at heightened levels through the year-ahead, it currently seems.

As the reinsurance market resets higher, in terms of return ambitions and pricing baselines, we’ll have to wait and see whether longer-term those new standards can be held onto.

It seems to us that, an influx of capital from diverse sources, alongside the broad adoption of more modern ways to match risk and capital at renewals, could together heighten the efficiency of risk capital, allowing for baselines to be carefully lowered over time (based on experience while managing for adequate returns, we’d hope).

But, if the baseline is lowered solely due to capital inflows while the market structure remains unchanged, it seems we could find ourselves back in the cycle we’ve just been through since around 2010, or so, of softening and the erosion of return-potential, leading to a nasty shock when loss activity is elevated, returns deemed inadequate again and a quick shift back into significant hardening.

While that might just be the “cycle” (the one that never seems to die, at least while the market is structured as it is), is this really doing a service to reinsurance capital providers and customers (including the ultimate insurance policyholders)? Or is this something to be avoided?

Should the market take this higher-baselined opportunity to identify how to bring efficiency into the market structure more meaningfully, to drive benefits while still offering its backers the returns they seek?

We’d like to think so. But, as ever, the status-quo at much higher pricing can prove very attractive.