As major hurricane Irma continues to track west and the forecast path for the storm predicts the expected turn to the north towards Florida will be later, resulting in the landfall position shifting west, the potential impact to the ILS and catastrophe bond market lessens, according to Ben Brookes RMS Vice President of Capital Markets solutions. 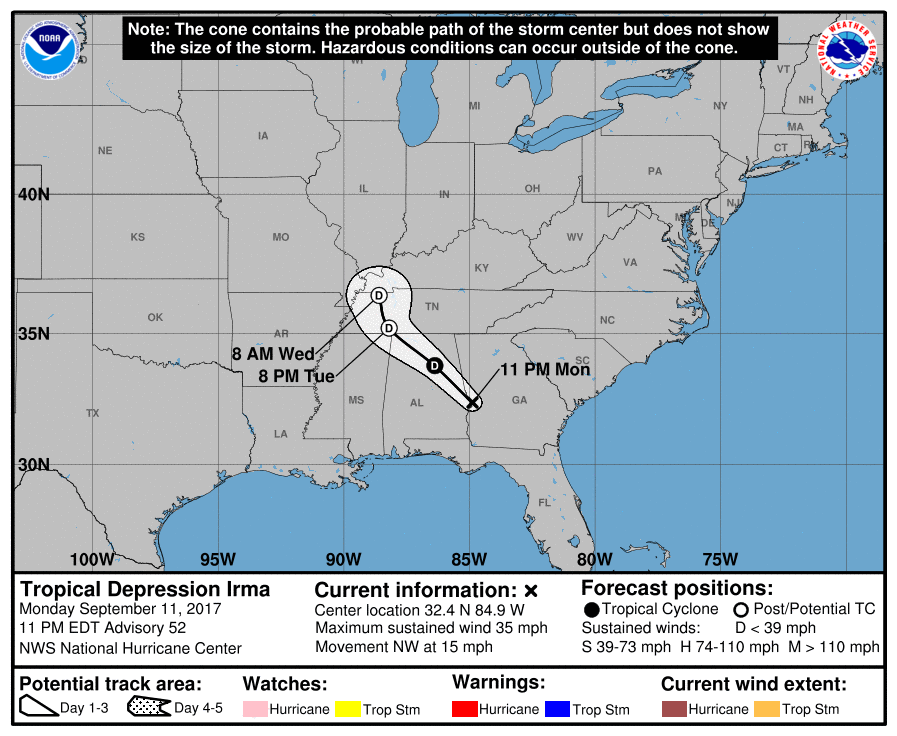 Hurricane Irma is the largest threat to the catastrophe bond and insurance-linked securities (ILS) market in its history, with as much as $14 billion of 144a and private cat bonds potentially exposed to the storm.

However, the location of landfall is all important and the scenarios shifting the forecast models further west could mean a lighter load for ILS investors.

Ben Brookes explained that, “Florida hurricane risk is dominant in the ILS market portfolio, whether sitting within multi-peril, multi-region bonds or within Florida hurricane-specific issuances.”

Analysis on Friday using RMS HWind forecasts suggested that almost half of the outstanding principal in the 144A catastrophe bond market could have been exposed to Irma.

But with the westward shift in the forecast track for hurricane Irma today this number has likely lessened somewhat.

Brookes explained, “If the storm tracks west, the ILS market impact will likely be lower.”

Whatever the outcome though it could be months for the final loss to the ILS market from hurricane Irma to become clear.

“The majority of Florida risk in the market is based on indemnity or industry losses and, as a result, pay-outs will take many months (or years) to be finally determined,” Brookes told Artemis.