As expected, the catastrophe bond hard market persisted through the final quarter of 2020, but the year “went out with an ILS whimper” according to consultancy Lane Financial, as insurance-linked security (ILS) rates-on-line went sideways.

Cat bond and ILS rates had been rising persistently, aside from seasonal blips, but the third-quarter 2020 retreat that we reported on back in October was much more significant than seen in most recent years.

As we said at the time, this was perhaps simply a reflection of the very strong run cat bond and ILS rates-on-line had had of late.

Lane Financial explained at the time that it was still bullish on the prospects for the hard market in catastrophe bond pricing to persist into 2021.

Give the fact catastrophe bond and ILS rates-on-line stayed flat, going sideways as Lane Financial said, this appears to be the case as 2021 began. 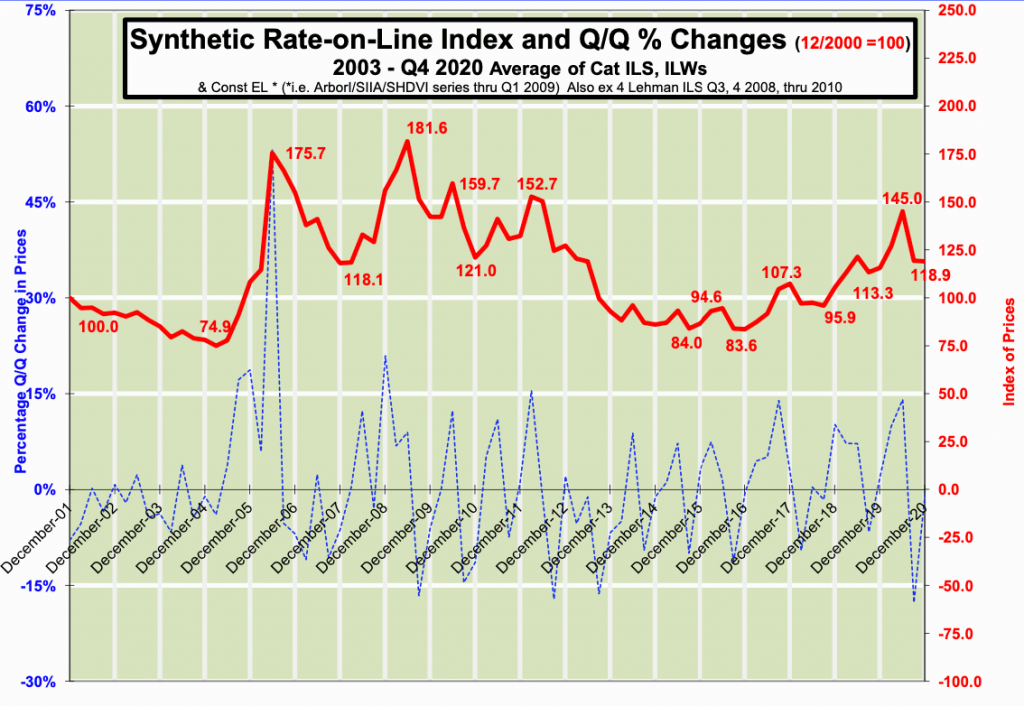 September saw the retreat from extreme prices, Lane Financial notes, which aligns with the timing when more capital was beginning to flow into catastrophe bonds, as ILS fund managers and investors prepared for what looked set to be a busy end of the year.

Even with the surge of issuance seen during the final quarter of the year, Lane Financial notes that “prices have essentially gone sideways.”

Despite this though, cat bond and ILS rates-on-line have gained enough over the last year or two to remain firmly in hard market territory, Lane Financial said.

The chart below, from Lane Financial’s new report, shows the hard market status of catastrophe bond and ILS coverage. 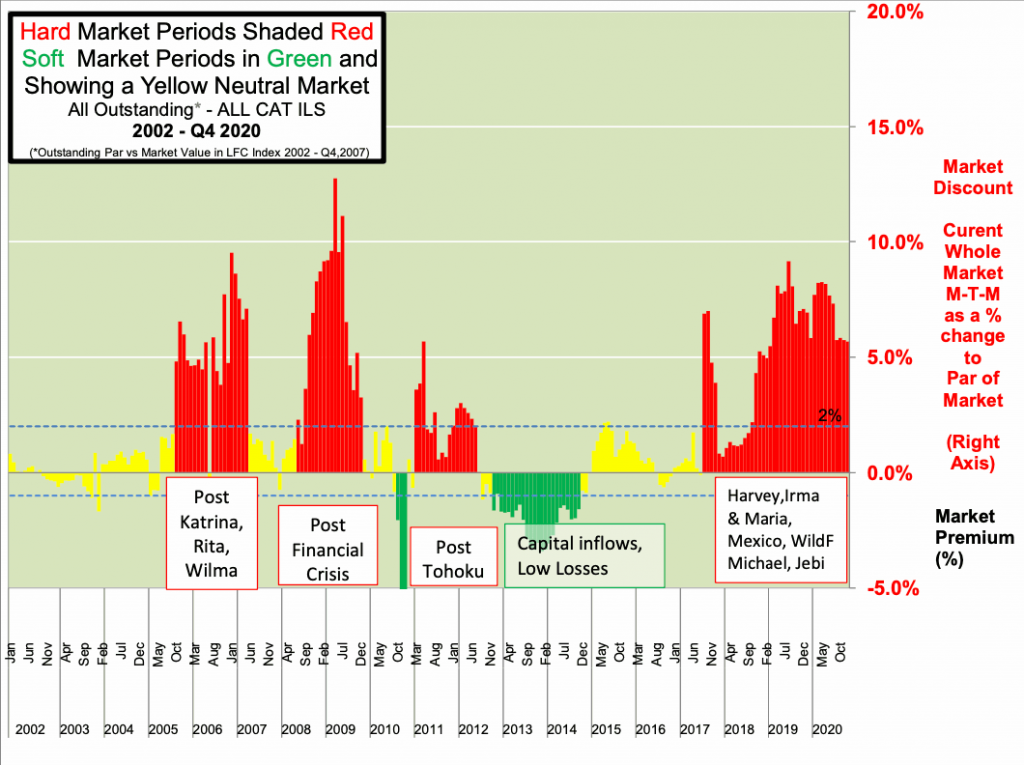 Lane Financial’s synthetic rate-on-line Index makes use of data from catastrophe bond, insurance-linked security (ILS) and industry-loss warranty (ILW) markets, offering an approximation of premiums being paid (or rate-on-line) for ILS and cat bond backed reinsurance and retrocession. It is considered one of the ILS sectors bellweather benchmarks.

While rates went sideways at the end of the year, we actually see this as a positive end to 2020, rather than a whimper, as catastrophe bond markets still needed to keep their pricing comparable with traditional sources of reinsurance and insurance.

As rates rose so strongly in cat bond markets, there was a fear issuance could become more costly for sponsors, when compared to traditional reinsurance or collateralized alternatives.

But what actually happened was that appetite from ILS funds and their investors has helped to moderate pricing at a very busy time of issuance, despite new inflows of capital not being all that significant.

Which has helped to maintain the catastrophe bond as a very viable option for sponsors during a time of reinsurance firming, which helped to secure pipeline issuance and contributed to the very active 2020 issuance year.