We expect prices to rise, no matter the structure: Swiss Re’s Ojeisekhoba

Moses Ojeisekhoba, Chief Executive Officer, Reinsurance at Swiss Re explained this week that the reinsurer expects prices will rise at the end of year renewals, no matter what the structure being transacted is and that while its appetite for catastrophe risks continues to grow, the reinsurer will remain underweight Florida for now. 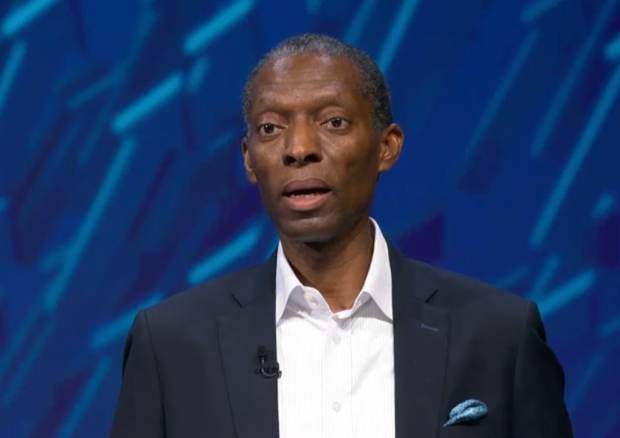 Speaking during a briefing at the Monte Carlo Rendez-vous event, Ojeisekhoba went though some of the dynamics that affect price and appetite for the reinsurer.

Commenting on the factors driving exposures and risk higher, he explained, “On the inflation side, we look at it more from the standpoint of exposure, so not so much risk, so we separate these two things exposure versus risk.

“Inflation drives values up significantly, which will have an impact on premiums going up, but not rate rises, it’s more exposure increases.

“In addition to that, clearly as we look at risk itself, from secondary perils and a series of other things, we take a view of risk and when they change the underlying price, then you get rate increases as well.

“So it’s these two factors. For us as a reinsurer it depends heavily on whether you’re writing business on a pro-rata basis or non-pro-rata basis and whether you’ve transformed the risk and then determines exactly what the rate increases will be.”

But he ended this section of the briefing with a forecast for the renewals, saying, “Suffice it to say that, almost, it matters not what the structure looks like, we are expecting prices to rise and it has a wide range around it.”

Speaking about natural catastrophe risks and Swiss Re’s appetite for them, Ojeisekhoba highlights that the appetite isn’t changing, but that even the largest reinsurer is cautious in a certain area of the world.

“There’s clearly greater risks, whether it comes from secondary perils, or the primary perils, the concept of risk itself is greater.

“Because of that we forecast and expect that over the next three years premiums for nat cat will continue to grow.

“We’re a major player in the nat cat market, everywhere around the world. We have a healthy market share, one of the highest market shares. We do not intend to change our appetite.”

However, that doesn’t go for everywhere in the world and the unchanging nature of the appetite also applies to places Swiss Re is more cautious, such as Florida.

Adding that, “We’ve always been underweight, Florida as a market, for various structural reasons and our view around prices that you generate being appropriate for the exposure that you take around Florida, that will remain the same for now.

“We don’t see any reason for that to change. We still feel there’s some structural changes that need to happen in Florida, but we expect to continue to write our fair share of on the US market going into 2023.”

Watch our recent interview with Swiss Re CEO Christian Mumenthaler, who explained that the price gains made by the industry have been largely eaten up by issues elsewhere that affect the reinsurance balance-sheet.