Investing into the Lloyd’s insurance and reinsurance marketplace through its insurance-linked securities (ILS) structure has “unique capital efficiency” and Bill Cooper of TigerRisk believes the initiative could attract billions in funds from capital market investors. 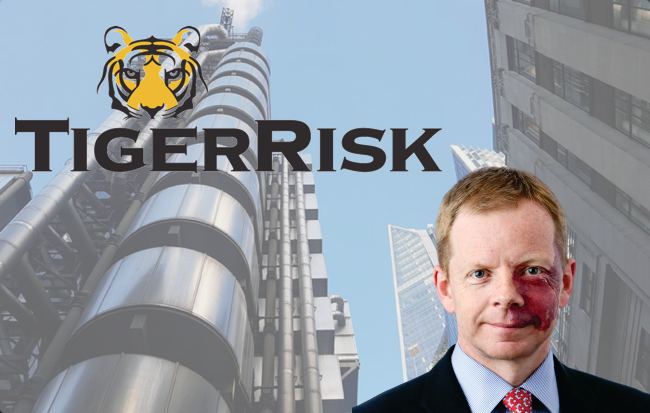 The Lloyd’s market is already a unique proposition in the world of insurance and reinsurance linked investing, given the market’s global franchise, expertise and scale, according to Bill Cooper, Managing Director and Head of Capital Advisory, TigerRisk Partners.

Speaking with Artemis in an interview around the Monte Carlo Reinsurance Rendez-Vous 2022, TigerRisk’s Cooper explained that while ILS activity at Lloyd’s has been relatively slow to begin, the recent launch of a new ILS structure, in London Bridge 2 PCC, could accelerate the trend and result in a significant growth capital opportunity.

Cooper cited the Lloyd’s market’s ambition to double its premium base so that it underwrites 10% of the world’s premium pool for commercial corporate specialty insurance and reinsurance, a goal cited by CEO John Neal.

“To support this growth, Lloyd’s needs to widen its collective investor base, and is now actively exploring ways of doing this, including attracting investors who have historically allocated funds to the ILS market. The ILS market is estimated to be worth $103 billion, making this a segment of the market worth pursuing,” Cooper said.

He explained that London Bridge 2 PCC is a new proposition that can help Lloyd’s achieve its ambitious target, as it is “an entirely new protected cell company that has much broader permissions for ILS business, giving the market and investors greater flexibility and choice.”

He said that the new ILS structure, “will allow the market and investors greater choice in the way they transact and connect (re)insurance risk with third-party capital, and hopefully enable Lloyd’s to catch up with offshore ILS jurisdictions and attract billions in funds from capital market investors.”

Adding that the UK’s ILS regulatory regime has also been instrumental in enabling Lloyd’s to “compete with jurisdictions such as Bermuda and Cayman Islands to attract ILS investors”, while also opening up the doors for Lloyd’s underwriters and companies to “tap into ILS markets and attract more diverse forms of capital.”

Lloyd’s looks even more attractive to ILS investors now as well, given the hardening of specialty insurance and reinsurance market pricing, Cooper explained.

“In addition, there is a desire from the top management at Lloyd’s to put the structures in place to make Lloyd’s more attractive as an ILS venue – hence London Bridge, which helps ILS investors invest in Lloyd’s in a similar way as they would in a sidecar based in Bermuda,” Cooper continued.

Adding that, “Today, the advantages of Lloyd’s as an ILS venue are considerable, including the credit rating, the franchise and spread of business, which is unique in the world.

“The diversity of the Lloyd’s market means your capital can work harder than in a standardised sidecar.”

Cooper told Artemis that TigerRisk has been working hard to educate investors and explain to them the opportunity of investing at Lloyd’s.

He noted the macro-environment has perhaps been an impediment at this time, but also said that it is key to explain to investors that opportunities are more attractive right now given supply of capital in global insurance and reinsurance markets is down, while demand is rising.

Cooper sees the Lloyd’s investment opportunity as a particularly attractive ILS proposition, as it presents a “uniquely efficient way to invest capital.”

Going on to explain that, “With most ILS investments you put in $1 of investment for $1 of risk, but if you invest in ILS via Lloyd’s, when you invest a dollar, you can write more than $1 of risk because the capital required at Lloyd’s to write business is less than it would be for a single non-Lloyd’s insurer.”

Closing to say that, “The diversity of the Lloyd’s of London market gives the investment unique capital efficiency.”