US on track for $10bn+ convective storm insured losses again in 2021: Aon

The United States is again on-track to see more than $10 billion in annual insured losses from the severe convective storm peril, extending the streak that has now run since 2008, according to insurance and reinsurance broker Aon.

Once again, it was large hail that drove much of the loss and this has been the case throughout 2021 so far, alongside damage from tornadoes and other aspects of severe convective weather events.

From May 6-11 the US Plains, Middle and Lower Mississippi Valley, and Southeast experienced a series of frontal weather systems, with the results being very large hail, damaging straight-line winds, localised tornadoes, and flash-flooding.

May 10th saw flooding rainfall impacting an already saturated central Gulf Coast region, while softball size and larger hailstones pummelled parts of Texas, including areas to the north of the Fort Worth Metro.

Damages are expected well into the hundreds of millions of dollars, with the majority of wind and hail damage set to be covered by the insurance market, Aon said.

The past six to eight weeks has been particularly costly due to the severe convective storm peril across the Southern Plains and Southeast.

Impact Forecasting said, “The U.S. is currently on track to once again surpass USD10 billion in annual insured losses from the SCS peril. This will continue the streak of the peril topping USD10 billion in every year since 2008.”

Hail and other convective storm perils have been drivers of attritional loss impacts through the reinsurance and ILS market each year, with growing consistency it seems.

In 2021, winter weather remains the biggest contributor to insurance and reinsurance market losses from weather and catastrophe events, with the US industry loss total currently over $17 billion, according to Impact Forecasting data. 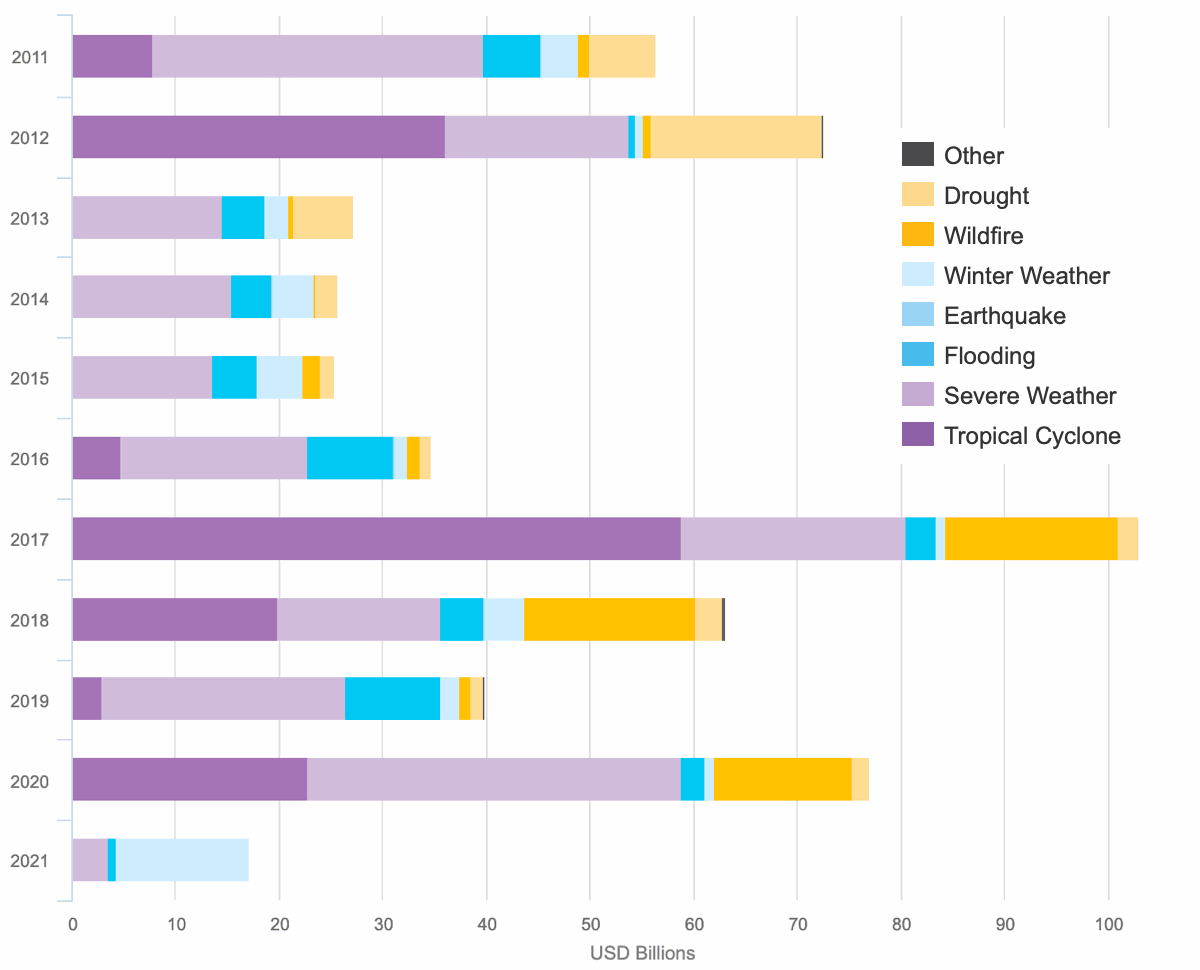