SCOR, the French global reinsurance group, has changed and accelerated its CEO succession plans, with insider Laurent Rousseau now set to take on the position from July, bringing forward Denis Kessler’s departure from the role. 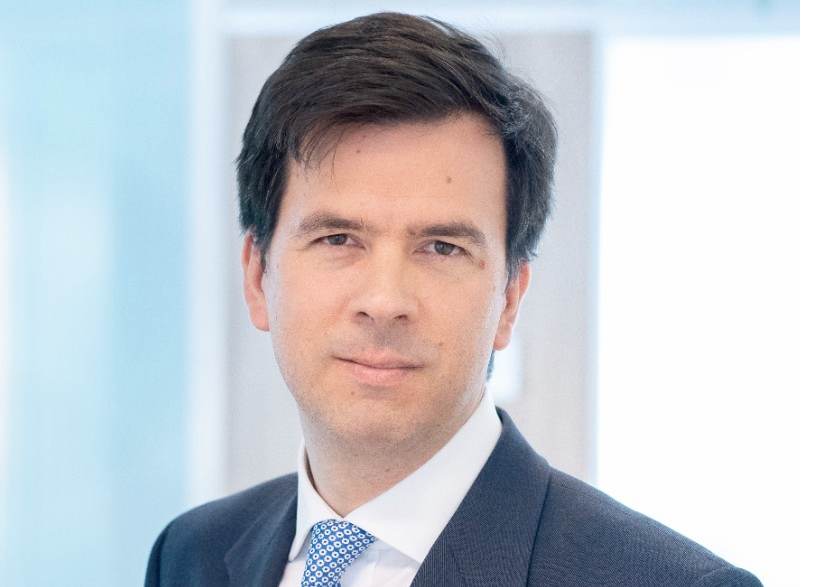 Back in December, SCOR had announced that French political adviser Benoît Ribadeau-Dumas was chosen to succeed Kessler into the Chief Executive Officer role, bringing an outsider without specific insurance and reinsurance industry experience into view.

Ribadeau-Dumas was being lined up to take on the role from 2022, but now the company has accelerated its plans for succession, with Kessler choosing to depart from the CEO role at the end of June because of cited personal reasons.

The CEO successor will now be company insider Laurent Rousseau, the current Deputy Chief Executive Officer of SCOR Global P&C and Chairman of SCOR Europe, also a member of the Group Executive Committee.

The move involves a separation of the roles of Chairman of the Board and Chief Executive Officer one year earlier than initially planned, but Denis Kessler is now lined up to take on a non-executive Chairman role after the SCOR General Meeting of June 30th 2021, which the Board said will help to ensure strategic continuity.

So Kessler will end his CEO duties at SCOR at the end of his current term of office, which is due to expire at the General Meeting of June 30th 2021.

On the change of plans to an insider as CEO successor, SCOR’s Board said, “While recognizing and commending his strong commitment and successful integration during his first few months at SCOR, the Board of Directors has come to the conclusion that the conditions are not met for Benoît Ribadeau-Dumas, who had not worked in the insurance or reinsurance sector before joining the Group, to take up the position of Chief Executive Officer of SCOR in June 2021.”

Rousseau has held senior positions at SCOR for the past eleven years, with 20 years of industry experience and SCOR’s Board said he has “all the skills and qualities necessary to become Chief Executive Officer of SCOR.”

Rousseau was among three candidates put forward in succession planning conducted in 2019 and 2020 and the Board also proposes he be appointed as a Director of the Group.

Kessler said, “For nineteen years, I have devoted my life to reinsurance in general, and to SCOR in particular. This is a fascinating and demanding industry, extremely sophisticated and underpinned by science. SCOR has become a global Tier 1 company that is profitable, has a high level of solvency, and is growing continuously.

“I would like to sincerely thank the Group’s clients, shareholders and all its employees for their support and their trust over all these years. The succession announced in December 2020 by the Board on the recommendation of the Nomination Committee, cannot take place as planned. I would like to thank Benoit Ribadeau-Dumas for all the effort he has made to integrate into the company and the sector.

“I have every confidence in Laurent Rousseau, a seasoned and recognized (re)insurance professional with whom I have worked for more than eleven years, to ensure SCOR’s success and to guarantee its long-term development, with the twofold target of profitability and solvency. Laurent will stay true to the principles and values that make up the Group’s DNA, while giving it new momentum in the current health and economic crisis. All the members of the Executive Committee, highly experienced reinsurance professionals, along with the Group’s 3,000 employees throughout the world, will be united in helping him to take SCOR to the next level. Laurent can count on my full support as Chairman of the Board.”

Augustin de Romanet, Lead Independent Director of SCOR, commented on the choise, “On behalf of the Compensation and Nomination Committee, I would like to thank Denis Kessler most warmly for having successfully led SCOR’s development since 2002. Over the past nineteen years, Denis has shaped SCOR, turning it around in an outstanding way and subsequently establishing it as the world’s fourth largest reinsurer, with a rating of AA-. He has created a culture of expertise and integrity that will be carried on by the teams he has built. I would also like to commend the remarkable integration of Benoît Ribadeau-Dumas at SCOR, with regret that the conditions are not met to appoint him as CEO on July 1, 2021. Finally, I am confident that Laurent Rousseau has all the qualities necessary to succeed Denis as Chief Executive Officer of SCOR.”

Laurent Rousseau said on his appointment, “I am honored by the confidence the SCOR Board of Directors has placed in me by choosing me as the next Chief Executive Officer of the Group. The entire Executive Committee and I are determined to actively pursue the growth of the company for whose operations we will now be responsible. I firmly believe that SCOR is well positioned to meet the demands of our clients and to satisfy our shareholders in an increasingly risky world, with its extremely deep talent pool, mastery of the most advance technologies, proven agility to constantly adapt, sophisticated risk management, and exemplary ESG performance. Since 2002, the Group has aimed to be a Tier 1 global reinsurer. That goal remains intact. We will meet these challenges with dynamism and enthusiasm, bringing our teams together to serve all our stakeholders.”