Reports that the US Department of Justice (DOJ) might not challenge Aon’s acquisition of rival Willis Towers Watson (WTW) have turned out to be completely false, as the DOJ has now sued to block the merger, saying it would create a “broking behemoth” and stifle competition. 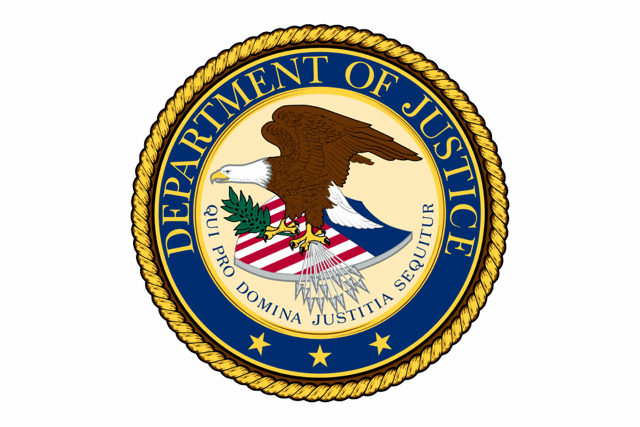 The US Department of Justice (DOJ) has formally sued in order to block insurance and reinsurance broker Aon’s acquisition of Willis Towers Watson (WTW), a move that presents the largest threat to the parties transaction.

Stock markets reacted to the news of the DOJ’s suit yesterday, with WTW shares tumbling more than 7% and Aon’s down over 3% by the end of the day.

The Justice Department said that the combination would create a “broking behemoth”, and would “eliminate competition” between two of thee big three brokers in insurance and reinsurance.

The civil antitrust lawsuit both gives the DOJ more time and allows it to air its concerns, with the result likely to be that it pushes for more divestments to remedy the issues it sees with the combination.

In fact, the DOJ’s complaint alleges that current divestments on offer are “inadequate to protect consumers in the United States.”

Also alleging that “U.S.-focused divestitures in health benefits and commercial risk broking, in particular, are wholly insufficient to resolve the department’s significant concerns.”

That suggests more will be required and therefore it could come down to Aon’s appetite to reduce the overall size of the combined entity it would inherit after the acquisition, as further divestments could reduce the ultimate value of the deal.

The complaint filed in the U.S. District Court for the District of Columbia states that as well as threatening to eliminate competition, the merger could also result in raised prices, and reduced innovation for American clients that rely on broking and other services the parties offer.

The DOJ explained that Aon and WTW “compete head to head to provide these services, which helps ensure businesses obtain innovative, high-quality broking services to manage their risks and provide critical health and retirement benefits to their employees at a reasonable cost.”

The complaint says that Aon and Wills Towers Watson operate “in an oligopoly” and “will have even more [leverage] when [the] Willis deal is closed.

The complaint even goes on to explain that the merger would substantially lessen competition in reinsurance broking, despite the planned divestiture of Willis Re to Gallagher, as well as in property and casualty insurance broking.

The divestments on offer have clearly not satisfied the US DOJ and in the complain it describes competition concerns over almost all areas of the Aon and WTW businesses.

The DOJ stated that the, “Proposed remedies are inadequate to protect consumers in the United States. The complaint also alleges the U.S.-focused divestitures in health benefits and commercial risk broking, in particular, are wholly insufficient to resolve the department’s significant concerns.”

Aon and Willis Towers Watson responded, saying, “We disagree with the U.S. Department of Justice’s action, which reflects a lack of understanding of our business, the clients we serve and the marketplaces in which we operate.”

The merger parties claim that their deal will “accelerate innovation”, where as the DOJ’s complain effectively says it is likely to stifle it.

“We continue to make material progress with other regulators around the world and remain fully committed to the benefits of our combination,” Aon and WTW said.

The DOJ’s action puts the merger into greater question that at any time since its announcement and could influence regulators in other regions of the world in their decisions as well.

Aon had specifically announced the sale of $1.4 billion of US retirement units as a move to appease the US DOJ, but that was clearly insufficient for the Justice Department, which wants to see much more action across the broking area of the businesses as well.

A remedy based solution, of more divestments, is considered the most likely outcome that would see the merger completed as planned.

Analysts at KBW said that it would be challenging to project the success of litigation, should Aon and WTW choose to move in that direction and that they believe additional divestitures are more likely than the merger deal being abandoned completely.

The analysts also noted that when it comes to the large corporate broking area, there are likely plenty of buyers out there, should Aon and WTW decided to sell more units.