United Insurance Holdings Corp. (UPC Insurance) has revealed that it expects to cede roughly $501 million of its hurricane Ian losses to open reinsurance market partners and for the event only has around $9.3 million of limit left in its main tower. 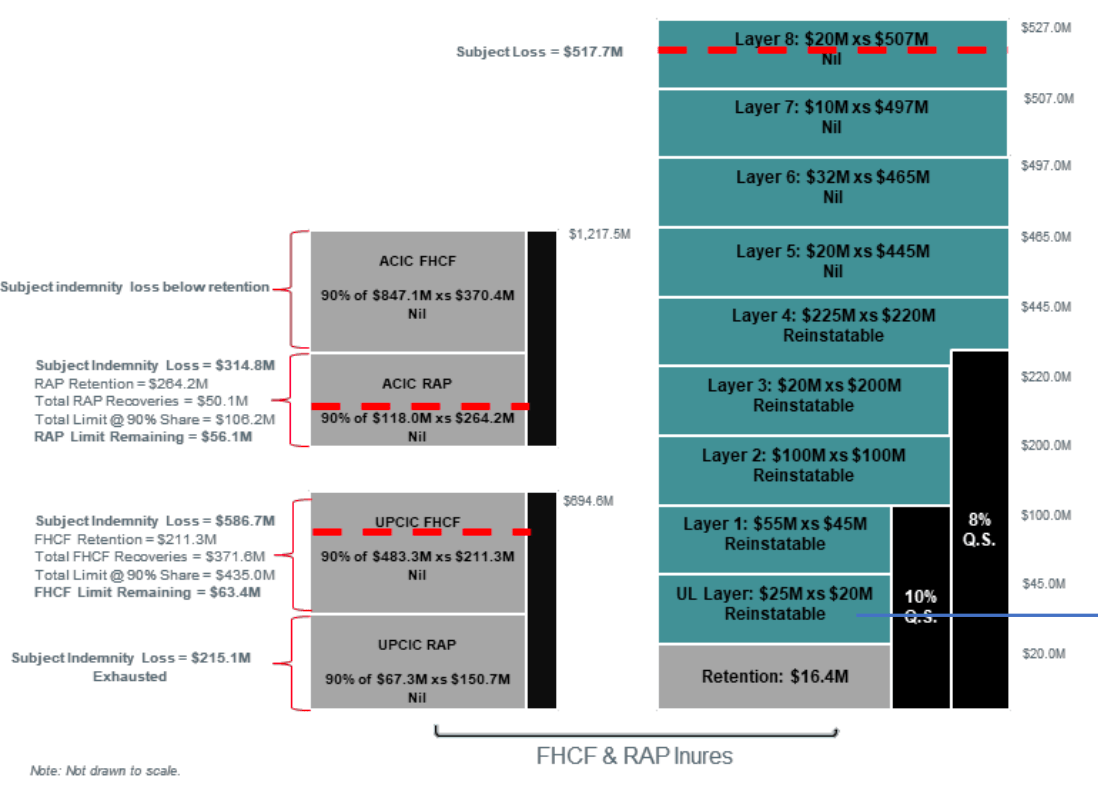 While United’s (UPC’s) overall hurricane Ian loss remains estimated at around $1 billion gross, it seems that the company will recover a significant $983.6 million of that, reducing its net retained loss from hurricane Ian to just $16.4 million.

For future events, the company said it has $1.39 billion of aggregate limit remaining, with significant FHCF and RAP layer reinsurance remaining for its American Coastal Insurance Company subsidiary, but much less available to United P&C.

You can see the impact of hurricane Ian losses on the United (UPC) reinsurance tower below, with losses from Ian indicated by the red dotted lines:

Martz went on to say that, “Our expected retention now from a second event is estimated at $31.8 million for the group,” which would be almost double the retained loss from Ian.

As a result, “Hurricane Ian created new uncertainty related to the viability of our previously announced runoff plan for United Property & Casualty and is clearly a significant risk factor going forward,” Martz epxlained.

United (UPC) had previously announced a plan for its personal lines subsidiary United Property & Casualty Insurance Company (United P&C) carrier to withdraw from operations and go into an orderly run-off.

Market conditions for reinsurance are acknowledged to remain a challenge going forwards by the company.

CEO Dan Peed said yesterday that, “We expect the Florida market to remain hard for the foreseeable future, due to a sceptical and hard capital and reinsurance market, recently elevated catastrophe activity, and continued headwinds created by excessive Florida litigation levels.”