Tremor Technologies, the insurtech with a technology-based programmatic insurance and reinsurance risk transfer marketplace, announced today that it can now provide re/insurers with optimised access directly to more than 95% of global reinsurance market capital, from across traditional and alternative or ILS fund sources.

Tremor said that its marketplace capital has now exceeded US $500 billion, after it signed its 115th reinsurer to the platform earlier this month.

This means that more than 95% of the world’s reinsurance capacity can be accessed by those placing business on Tremor, across traditional reinsurers, Lloyd’s syndicates and insurance-linked securities (ILS) funds.

So not only does Tremor now have agreements with all of the world’s major reinsurance brokers, as it announced recently here, it also has access to the majority of reinsurance capacity as well.

Market capital has grown fast over the few year’s Tremor has been in operation, with its advanced marketplace now able to provide protection buyers with a way to efficiently access the vast majority of the market. 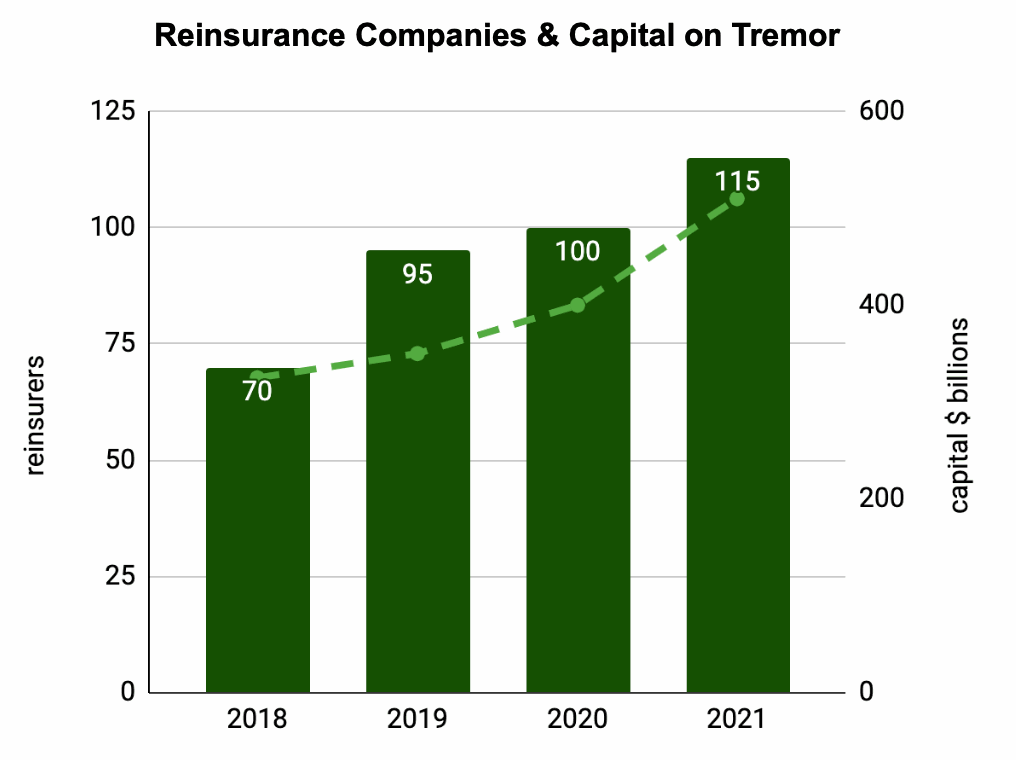 An impressive 17.9% of the companies Tremor has signed up to provide reinsurance capacity are ILS funds, the tech firm said.

Tremor noted that it now offers “reinsurance market depth” on a global basis, providing access to the largest US, Bermudian, continental European and Asia Pacific reinsurers, plus the entire London market, including 33 Lloyd’s Syndicates. 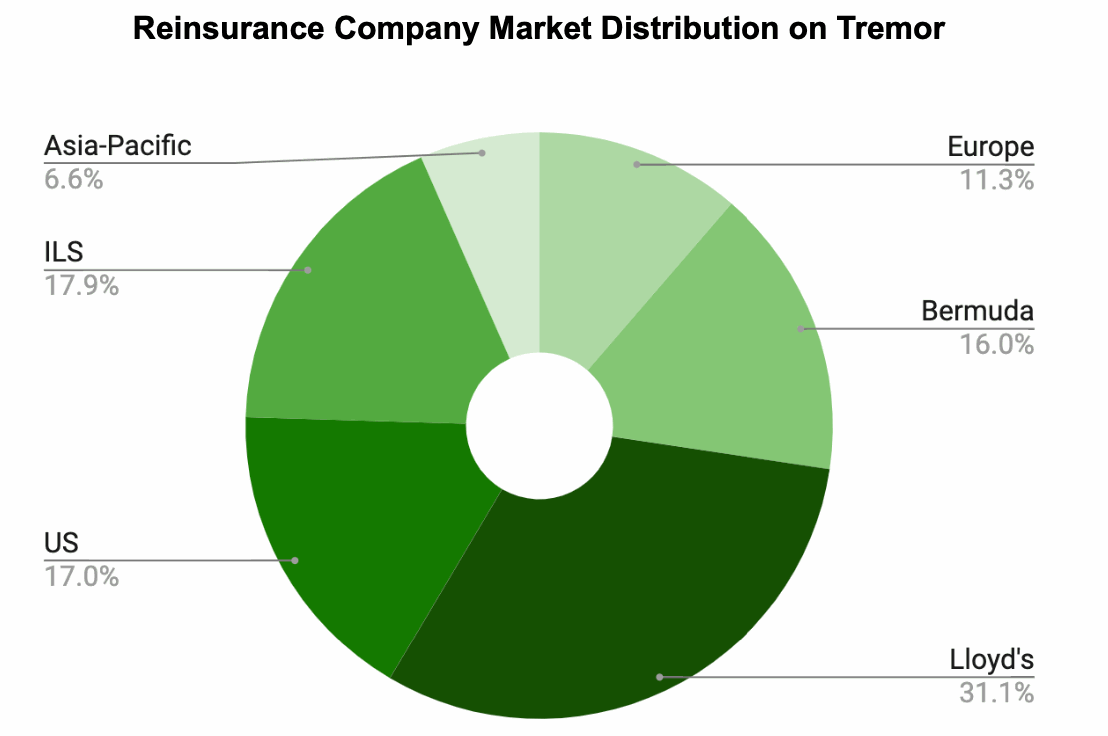 Sean Bourgeois, Tremor’s founder and CEO, commented, “Tremor offers reinsurers around the world a compelling proposition – more access to more risk more often as the market modernizes, enabling reinsurers to offer capacity exactly how they would like to offer it given the portfolios they are building. This is important to reinsurers and also valuable to insurers purchasing reinsurance – Tremor’s market design delivers the most competitive reinsurance marketplace available subject to everyone’s preferences and constraints.

“Insurers do not want their risk standardized and their submission process harmonized to look like everyone else’s. Likewise, reinsurers do not want to be spreadsheeted. Reinsurers do not want to reply to RFQ requests for the world to see and then hope they receive the share they wanted for the fixed price they quoted. Reinsurers are building sophisticated portfolios and as such need a sophisticated marketplace to express how they would like to price and allocate their capacity – Tremor is the only marketplace that delivers this capability for reinsurers, which in turn drives the most price and cost efficient market in the world to reinsurance buyers.”

Tremor said that it remains on-track to triple its placement volumes in 2021, representing continued strong growth for the company.

At some point technology like Tremor’s has to reach a tipping point, in terms of usage, and now with the majority of the global reinsurance market ready to bid on risks placed through the system, it seems like just a matter of time until the number of protection buyers looking to use Tremor’s marketplace starts to grow exponentially.

Placing risk programmatically is the most efficient way to match risk and capital, while ensuring preferences are met of both risk buyers and sellers.

Technology can achieve optimal and optimised placements of risk more easily and far more quickly than humans can achieve, which should result in efficiencies for all sides of the market.

As a result, adoption of this kind of marketplace technology has to expand in reinsurance, or protection buyers and sellers, as well as brokers, risk missing out on an opportunity to enhance and improve the way they undertake their business.