Third-party capital providers are ready and willing to reload following recent major catastrophe losses, while at the same time new capital is exploring post-event opportunities and in some cases readying its entry into the market, according to analysts at Morgan Stanley. 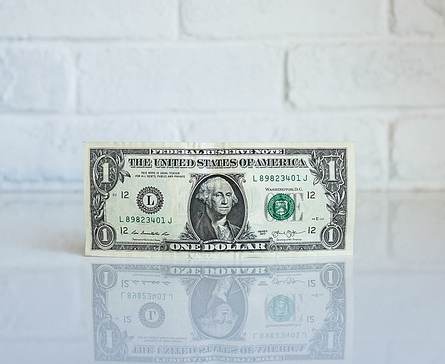 The analysts said that after meeting with alternative reinsurance capital and insurance-linked securities (ILS) fund managers, the feedback suggests that most of the investors providing the third-party capital are willing to reload, despite the losses suffered.

But is this going to be the wall of capital some had suggested it might be? Or perhaps a steady replacement of lost capital, as well as continued ILS market growth?

At the same time, the analysts highlight the fact that there are new initiatives which are set to bring significant new reinsurance capacity into the market, including start-up reinsurers and ILS initiatives, as well as successful capital raises for some alternative capital providers.

All of the above suggests that despite the high-levels of ILS and alternative capital losses suffered, the market may not be as far down on capacity at the key January reinsurance renewals as some have suggested.

The effects of this could be a muting of rate increases and the analysts say that alternative capital could dampen the magnitude and duration of any rate increases seen at 1/1.

After meeting with 9 reinsurance firms during a recent Bermuda trip, the analysts from Morgan Stanley suggest that they see U.S. property catastrophe reinsurance renewal rates rising by around ~10%.

Morgan Stanley’s analysts say that their view is that P&C pricing is “broadly improving” despite the factors which suggest that the market’s capitalisation may not decline very much, despite the high levels of losses.

January reinsurance renewals have got off to a slow start, with negotiations taking longer than normal and the renewal set to be a late one where many contracts aren’t signed until the new year.

However, the analysts say that early transactions suggest that retrocession rates could increase as much as +20%-30%, loss affected reinsurance between +10%-20%, loss free U.S. accounts could rise from +5%-10%, and European reinsurance renewals will likely be flat to up 5%.

These will be the first price rises the reinsurance market has experienced in some years, helping to bring pricing up from the floor it had fallen to, which is roughly 40% to 50% below where pricing sat five years ago.

So far renewal terms and conditions appear largely stable, the analysts said, but reinsurers could benefit from lower ceding commissions they believe.

So rate rises that are expected and beginning to be seen are not going to take pricing back to the levels seen in 2012 or before. It’s more likely that pricing may revert back to levels seen around 2015, except for loss hit accounts that could get a larger increase at this renewal.

But with the alternative capital market reloading and ILS funds raising capital for deployment at 1/1, how long-lived can rate increases be and what dampening effect will the weight of capital have as we move through 2018?

Some reinsurers told the analysts that 30%+ rate increases are needed to make returns adequate. That seems unlikely at this stage and brings those particular companies sustainability into question, we believe.

The analysts report that third-party capital investors are demanding higher pricing and returns. We’ve heard this from ILS managers as well, who say that their investors are willing to reload lost capacity, but on the understanding that there are some rate rises attached to its deployment.

For reinsurers the case for higher rates is being vociferously made, with the majority of large companies expecting to see significant rate rises.

Morgan Stanley’s analysts highlight just what this could mean to them, saying that 1%-5% rate increases could lead to ~6%-29% higher earnings on average across the sector, an attractive boost in profit for a sector that has been beleaguered and suffered from dwindling profits in recent years.

Importantly, the analysts note that the January renewals may not give a complete picture of where reinsurance rates are likely to head or settle, saying that price discovery could play out across a number of renewals including through the mid-year 2018 Florida ones.

As the alternative capital and ILS market will gradually resolve its exposures and claims over the coming months replacing trapped or lost capacity, following the recent catastrophe events, the amount of ILS capital seeking reinsurance opportunities is likely to grow steadily through 2018.

On top of the natural growth expected in ILS, there is every chance that by the mid-year 2018 renewals the ILS market is larger than we saw it just prior to the 2017 hurricanes, which will add to the dampening effect on reinsurance rates.

That suggests reinsurers may have one clear shot at hiking rates and securing higher returns in January 2018, as future renewals could see the market dynamic return to one influenced by the weight of capacity and availability of capital.