A severe summer hailstorm that struck Sydney and parts of New South Wales Australia on Friday and Saturday already has an insurance industry loss estimate of AU$42 million pegged against it, while losses from bushfires in NSW have also risen. 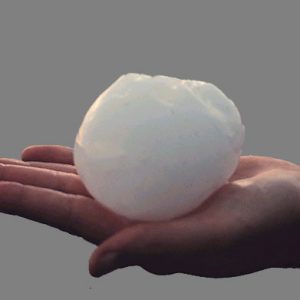 The severe storm brought damaging hail, lightning strikes, strong winds and rainfall to the Sydney area, with the resulting damage to automobiles and property resulting in rising insurance industry losses.

In recent years the insurance and reinsurance industry has paid significant claims for damaging summer hailstorms in the Sydney region of Australia, with convective and severe weather seemingly becoming an increasingly prevalent threat.

The Insurance Council of Australia said that the insurance and reinsurance industry loss is currently estimated to be AU$42 million (just over US$32m) from the storms, but that figure is anticipated to rise as business owners got back to work today and filed new claims for damage they discover at premises in the affected region.

The Insurance Council said that over 17,500 claims had already been filed for the Sydney hailstorm event for damage to homes and vehicles.

Ian Whelan, Chief Executive of the ICA, said that Sydney’s north western suburbs and the northern beaches area had been hardest hit by the storm.

Additionally the Insurance Council gave a further update on the bushfires that have been affecting the New South Wales region, increasing its insurance and reinsurance industry loss estimate for the wildfire event.

Losses from this event are also expected to rise, with the ICA saying both the hail storm and the bushfire would result in rising insurance losses, with the fires expected to see the largest rise at this time, likely because this is an ongoing event.

Agricultural losses, such as livestock and fencing, typically take longer to assess, according to the ICA, meaning the fire events could see insured losses rising over the coming weeks.