Swiss Re hopes for some “substantial” price rises in 2018

Reinsurance giant Swiss Re is hoping for “substantial” price increases in reinsurance, with the firm’s Chief Economist calling for a “general turn” in reinsurance market pricing, as rates had slipped below technical levels for the last few years. 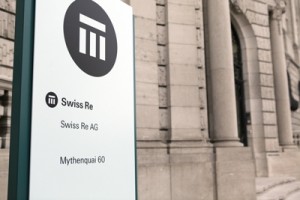 Swiss Re’s Chief Economist Kurt Karl spoke this morning in London at a media event, saying that 2017 has not been a fun year for reinsurance profitability and that the company expects pricing to turn, reverting to a “fair pricing”, as our sister publication reported here.

Swiss Re feels it has not been compensated adequately for all of the risks it has assumed in recent years, as pricing has fallen below the technical rates and that has been eroding profitability.

With the recent catastrophe losses called both a capital and an earnings event, for much of the reinsurance industry, Swiss Re believes that the combination of rates that are not risk-commensurate and capital erosion will force the industry to up its pricing.

In global reinsurance, Swiss Re expects that the sector will have a combined ratio of around 115% for 2017 and will report a return on equity (RoE) of -4% for the year.

As a result, the large losses that the sector has faced will stimulate price increases, the company expects.

“Price rises in loss-affected segments are already happening and could be substantial” Karl said. “The ultimate volume of losses is not yet known, but appears to be large enough to cause price increases beyond the affected sectors. This is also happening because prices have fallen so low over the past few years.”

Capital has been eroded both from traditional reinsurers and from the alternative capital, or ILS, sector. This leads Swiss Re to believe that pricing in loss affected accounts could rise “significantly”.

Swiss Re is just the latest of the major global re/insurance players to call for a broad turn in reinsurance pricing, adding further weight to the prospect that this does happen at the upcoming January 2018 reinsurance renewals.

The question remains as to how long rates can rise and whether price increases can be sustained beyond 2018, if the market experiences a more normal level of losses through the coming year.

Hiscox’s senior management said that they expect prices to rise for at least a two year period, but if the reinsurance market has resolved much of its losses by the middle of 2018 and the ILS market continues to grow, there is every chance that by the end of 2018 we are back to flat or softening rates.

Additionally, while reinsurers are pushing for large price increases, saying that rates are below technical levels, those rates have still enabled them to build up excess capital and despite the added pressure of the losses suffered this year many of the largest re/insurers are still continuing to return capital to shareholders rather than deploy it.

That suggests the weight of capacity in the global reinsurance sector is not diminished sufficiently to allow price rises to be sustained, so the best outcome could be a slight uptick across the market at 1/1, with a chance to recoup eroded capital with higher rate increases on loss affected lines, followed by a steady flattening of rates once again.

All of this suggests that the timeline to earn back from recent losses will be short, making the January 2018 renewals particularly important for the reinsurance industry.