As hurricane Elsa moved across the eastern Caribbean one of the island nations it came close to was St Lucia, which it’s reported has experienced wind gusts to 79 mph and sustained 46 mph tropical storm force winds. 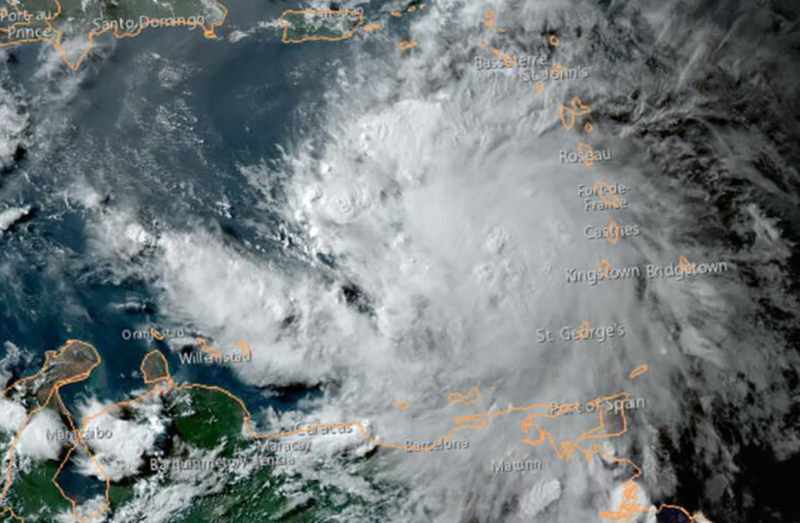 Property damage has been reported from St Lucia, as unfortunately has one death. While the island avoided a direct hit from the hurricane, which has now weakened to a tropical storm and is approaching Florida, Elsa may prove impactful enough to cause a small payout under a feature of the CCRIF parametric tropical cyclone policy that St Lucia has.

This wouldn’t be a triggering of the main parametric insurance policy though, rather, it is reported, that the special deductible coverage that the CCRIF now offers could be triggered instead.

The CCRIF introduced what is termed the Aggregate Deductible Cover (ADC) under its parametric Tropical Cyclone (TC) policy a few years ago.

The aggregate deductible coverage (ADC) was introduced by the CCRIF as a new policy feature of its parametric coverage back in 2017.

The ADC has been designed as a policy feature that allows the CCRIF to help its members with their disaster recovery financing, even if the modelled losses from a qualifying natural disaster event fall below the parametric attachment point of the policy, but there are observable losses on the ground.

In this case, St Lucia has experienced some damage from hurricane Elsa’s passage by the island, but as the storm passes to the south and winds did not reach sustained hurricane strength, the modelled losses are unlikely to breach the parametric trigger.

The Prime Minister of St Lucia, Alan Chastanet, said to the media that agricultural losses were the main impact the country felt from hurricane Elsa, followed by infrastructure and damage to properties.

According to the Jamaica Gleaner newspaper, Chastanet said that he had already heard from the CCRIF and that a significant payout would not be coming, suggesting that the hurricane will not breach the parametric trigger on the islands tropical cyclone insurance policy.

But he implied that a deductible recovery is possible, which the Prime Minister of St Lucia said would be around US $130,000.

It’s uncertain at this time whether any other Caribbean islands that have CCRIF parametric tropical cyclone policies could be due a payout, or a deductible recovery to aid them in recovering from any damage caused by hurricane Elsa’s passage.

« Older article Astro Re cat bond shrinks to $40m, at higher-end of pricing