Some weather impact but average ILS fund return is 0.4% in June 2017

The average return of insurance-linked securities (ILS) and reinsurance linked investment funds in June 2017 was 0.4%, slightly below the long-term average of 0.45%, as some minor impacts were felt from severe weather events once again.

The average yield year to date across the group of 34 ILS investment funds tracked by the Eurekahedge ILS Advisers Index now sits at 1.65%, which is the third lowest recorded for this time of the year, just higher than 1.24% in 2015 and above the -2.13% recorded in 2011.

While there was some minor impact to ILS funds due to severe weather events once again, the losses suffered are largely attritional, although ILS Advisers, the specialist ILS investment advisor and manager of an ILS fund-of-fund strategy, explained that there has been some more deductible erosion witnessed.

Stefan Kräuchi, founder of ILS Advisers, discussed the performance seen in June; “All funds represented in the Eurekahedge ILS Advisers Index made positive returns. The difference between the best and the worst performing fund was 0.83 percentage point. The primary issuance of cat bonds reached a record high number of about USD 10 bn, and the outstanding volume very close to USD 30 bn.”

In terms of the global catastrophe activity seen in June, Kräuchi explained; “Severe thunderstorms and hails in US, deadly wildfires in central Portugal and terrible flooding in China altogether caused significant economic losses. The insured losses, however, were still relatively small, especially in China where penetration rate is very low.”

Kräuchi went on to explain the specific impacts to ILS funds, saying; “As a result the losses leaked to ILS funds is minor, although some of them suffered from erosion of deductibles for some private contracts.”

As these deductibles become increasingly eroded on what are aggregate reinsurance contracts the risk is rising for the rest of the year and it reduces the amount of qualifying losses required to tip them into loss later on.

Interestingly, ILS Advisers noted that the mid-year renewals saw more dramatic rate reductions on retrocession contracts, rather that on U.S. wind exposed reinsurance arrangements. This is possibly because U.S. wind had already hit a low where as some retro arrangements had held up better over the last couple of renewals.

During the month of June, pure catastrophe bond funds as a group recorded performance of 0.32%, while the ILS funds that invest in collateralized reinsurance and private ILS deals saw performance of 0.45%. Private ILS funds outperformed pure cat bond funds by 1.29% on an annualised basis, continuing to reflect the higher levels of risk these funds often take on.

All of the 34 ILS funds tracked by ILS Advisers were positive for the month of June 2017.

ILS fund returns should remain higher for the coming few months, as the seasonal returns of the U.S. wind season flow through into reinsurance and catastrophe bond fund returns.

June’s 0.4% performance is more than double the 0.19% recorded in May, helped by the beginning of this seasonality but also a much smaller impact from U.S. severe weather losses. 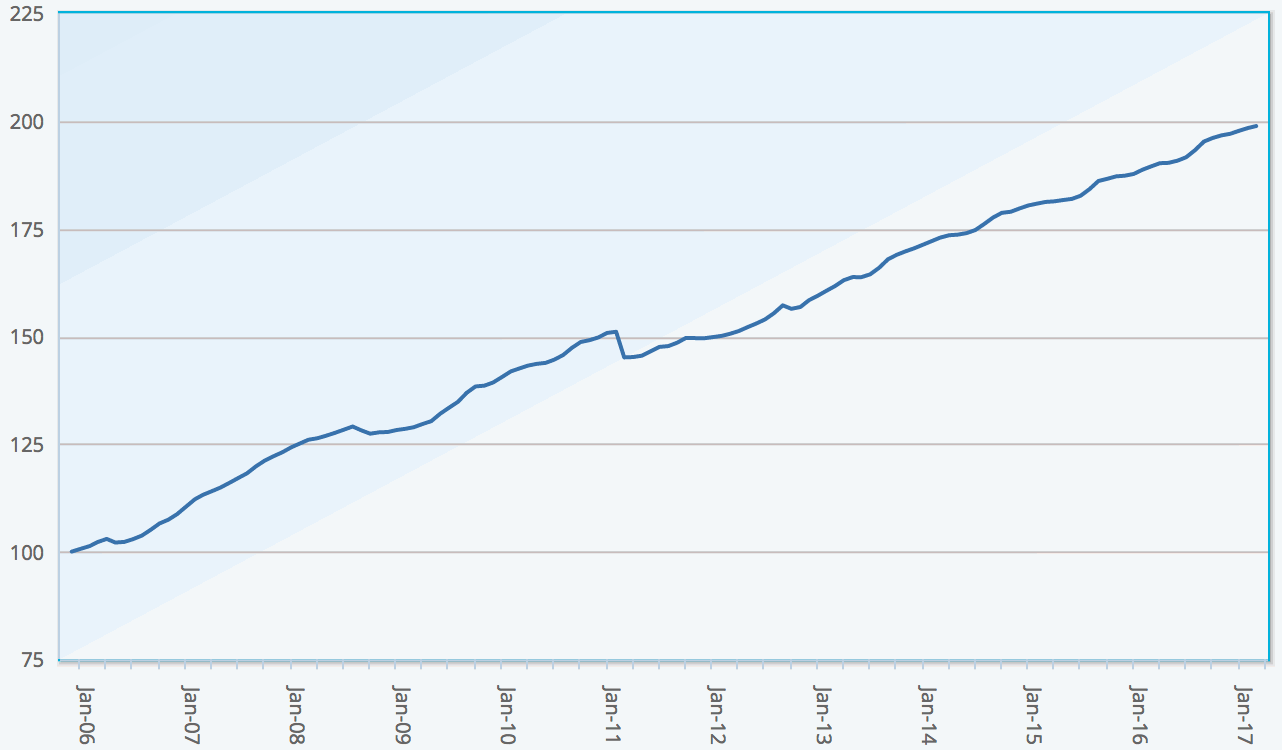