The industries risk models “need to be recalibrated” in the wake of two years of catastrophe losses that have delivered significant loss creep, as well as to account for the changing climate, according to Robert Bentley, CEO, Global Strategic Advisory, Guy Carpenter. 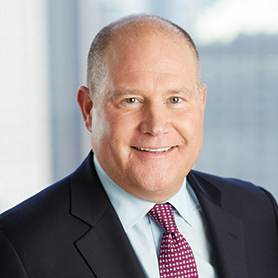 Despite the magnitude of recent losses, the reinsurance industry has remained resilient, Bentley explained.

However, uncertainty and unexpected losses have the ability to change the reinsurance market’s dynamic, something we’ve witnessed over the last year.

“After years of strong capital growth, the reinsurance market has been resilient to these losses and conditions remain largely favorable to cedents. But as recent developments have shown, events that challenge underwriting risk assumptions can still impact capacity deployment,” Bentley said.

Commenting on the challenges the sector has faced due to hurricane Irma related loss creep, Bentley said, “Due in large part to complex (and longer-tailed) loss drivers such as loss adjustment expenses and assignments of benefits, no other hurricane loss in recent history has developed adversely to the duration and extent of Irma.”

“Costs for non-peak perils in recent years have also accumulated to make a significant contribution to industry losses. Wildfires especially have come under close scrutiny after losses in California in 2017 and 2018 spiraled to become significant reinsurance events. Such outsized losses are not commensurate with a view of risk that has considered wildfire to be an attritional peril,” he continued.

Adding, “Underlying assumptions are therefore being reassessed to reflect more closely the contribution wildfires and other ‘attritional’ perils can make to overall expected losses. The accumulation of losses from diverse perils is a trend that is occurring globally. Carriers have generally believed that a global spread of risk provided diversified premium, and that capital could be ‘reused’ in non-correlated zones – until multiple peak zones were hit by a series of events in a relatively short period of time”

But climate change adds another layer of uncertainty to all of this as well, given the belief that it “points to a future that will see more frequent and severe weather events.”

Further explaining, “And sustained trends around increased wildfire activity and stalling hurricanes are thought to potentially have some link to the changing climate. Risk models, already under scrutiny due to the magnitude of loss creep for virtually every major loss sustained in the last couple of years, will need to be recalibrated.”

The impacts to reinsurance and insurance-linked securities (ILS) capital have been clearly seen as a result of the losses and loss creep, resulting in the firmer market pricing we see today.

“All this has inevitably impacted the market and brought about a period of reflection as capital inflows into the reinsurance sector have slowed. Insurance-linked securities capacity has been curtailed so far this year, with investors more disciplined in deploying capital and more determined to achieve higher returns. Market conditions have tightened as a result,” Bentley concluded.