The underwriting performance of reinsurance firms tracked by broker Willis Re improved in 2020, with the group reporting the first full-year improvement in normalised combined ratio since at least 2014, albeit still over 100.

However, realistic or underlying returns on equity (ROE) of the subset of global reinsurance firms Willis Re tracks the performance data of declined significantly, falling well below the industry’s cost-of-capital again.

Twice a year, Willis Re analyses a subset of the global reinsurance market, conducting an in-depth examination of the results of 17 reinsurers.

While the reported combined ratio of these reinsurers worsened from 100.6% in 2019 to 104.1% in 2020, the reinsurance broker notes that this was due entirely to COVID-19 pandemic related loss reserving.

On an underlying basis, so with results normalised for COVID-19 and natural catastrophe losses and excluding any reserve releases, the combined ratio actually improved, from 103.1% to 100.7% for 2020.

Willis Re notes that this is the first full-year improvement in the subset of reinsurers underlying combined ratio since at least 2014. 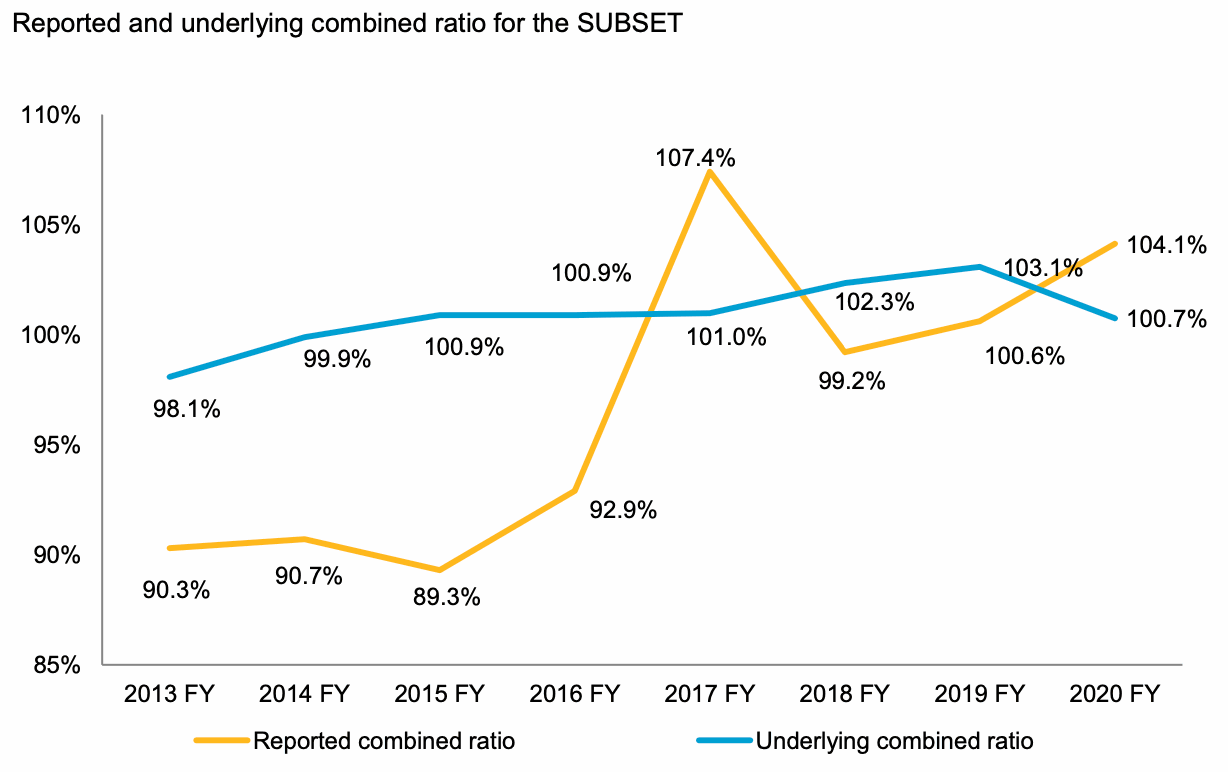 Part of this improvement is down to the firmer reinsurance pricing environment it seems, with Willis Re saying that, “Pricing improvements, both at the underlying primary insurance and reinsurance levels, are now being reflected.”

The broker added, “Reinsurers also benefited to some extent from the lower claims frequency seen in several lines of business.”

While a reduction in the expense ratio, down to the lowest level seen since 2014 at 30.2%, will also have been a factor.

Of course, the reduction in the expense ratio has been significantly assisted by strong premium growth that outpaced expense growth, with the subset reporting growth in premiums of 9% on average, helped by the strong pricing environment.

Despite these improvements though, Willis Re also reported that return on equity (ROE) remains under pressure for reinsurers.

The driver of the decline in underlying ROE was the decline seen in investment yields, which more than offset the group’s improved underlying underwriting performance, Willis Re said.

As a result, on both a reported and underlying basis, the ROE remains well below the industry’s cost of capital, the broker explained. 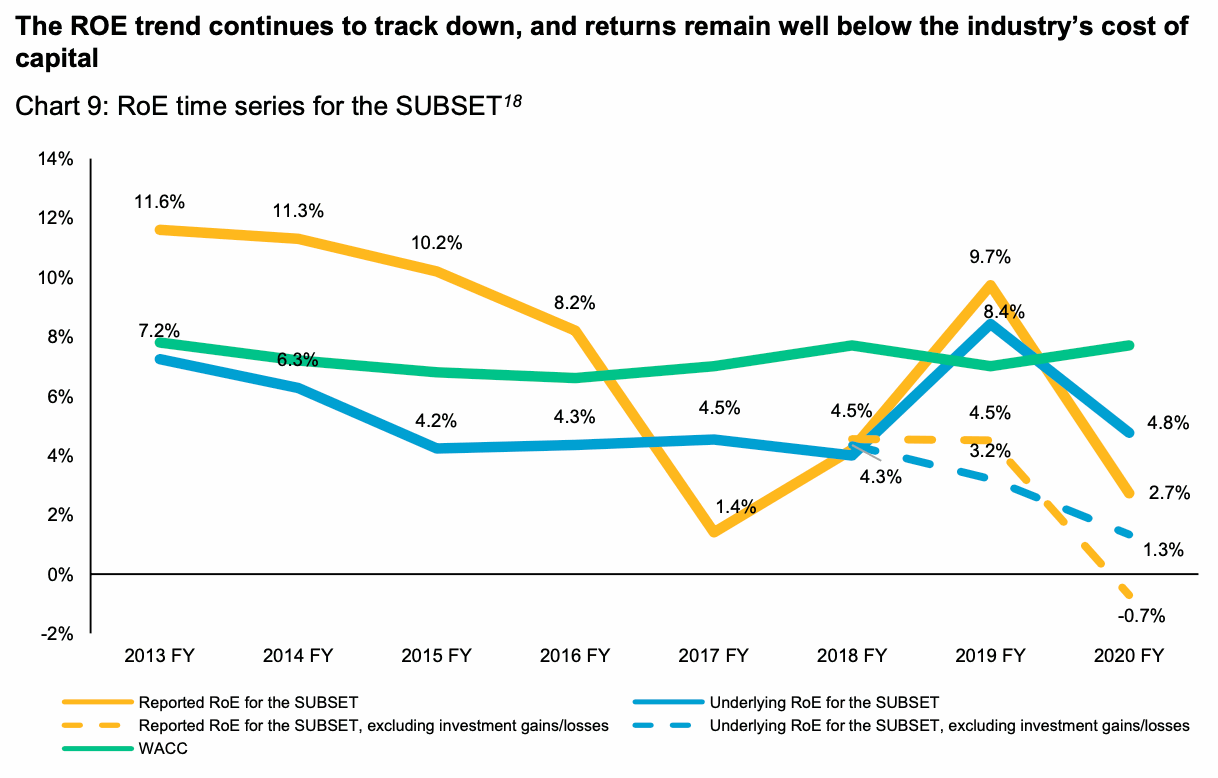 James Kent, CEO of Willis Re is positive on what the data shows, saying, “Reinsurers and insurers alike must contend with the challenges of low interest rates. But, looking through the turbulence of COVID and nat cat claims, and a declining reliance on reserve releases, there is a clear improving trend in underwriting profitability.”

So, the underlying results of the subset of traditional reinsurance market players remains less than impressive, with the return on equity (RoE) declining further and continuing to fall well below the industry’s cost of capital.

There are signs firming reinsurance pricing is driving better underlying performance, but the fact returns remain depressed are perhaps a sign of the motivation to sustain this firmer pricing at future renewals.

As we’ve said before though, the question remains as to whether rate increases alone are enough to improve core metrics such as the combined ratio and return reinsurers to a level of underlying profit that beats the industry’s cost-of-capital.

Or whether other things need to change in the reinsurance business model to make this happen and deliver ROE’s that cover those capital costs.

The cost of reinsurance underwriting capital is, of course, a factor in reinsurers inability to cover it.

As a result, the growing use of third-party capital within reinsurance businesses looks likely to persist, as this can help to lower overall cost-of-capital for reinsurers, while also earning additional income that can further assist these metrics.