A period of severe summer storms in the Netherlands in June, which brought high winds, torrential rain and large hail to the region, is expected to result in more than EUR500m of insurance industry losses, with reinsurance capital expected to take a share. 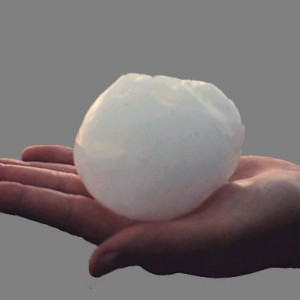 The Dutch insurance association, Verbond van Verzekeraars (VNV), said that it expects the local insurance industry will pay out more than EUR500m in claims for the storms, for damage to homes, automobiles and agriculture.

The estimate is at this stage considered preliminary, with additional losses expected to come from businesses and other claims which are still being investigated and filed.

Insurance losses from damage to residential property, automobiles and caravans is estimated at EUR325m, 40% of which is related to homes, while EUR175m is largely from agricultural businesses at this stage, but the commercial toll is expected to rise further.

For auto insurance losses, this storm event is the highest for a weather related loss since the VNV began collecting statistics in 2000. For residential insured losses, the VNV believes this event will be the highest total since European windstorm Kyrill in 2007 and looking at the numbers this could yet surpass Kyrill’s EUR170m of residential loss.

The local and global reinsurance industry is expected to pay its share, with one insurer Achmea already reporting that it expects to benefit from reinsurance recoveries related to the severe storms in June.

Achmea estimated that its losses from recent severe weather, rain and hail in the Netherlands would result in EUR260m of claims, but the insurer explained that after reinsurance recoveries the net loss would be just EUR140m.

Willem van Duin, chairman of Achmea’s Executive Board commented on the losses; “The recent extraordinary heavy rainfall and extreme hailstorms triggered severe flooding and damage for our policyholders. An increase in the cost of claims owing to climate change was already expected. This causes a significant negative financial impact for Achmea in the first six months of this year. Current premium levels are not sufficient given the rising cost of claims, a further rise in premiums is therefore inevitable. Preventive measures, amongst others, can help to reduce the increase in cost of claims.”

So, interesting to hear that Achmea would like to push up its premiums as a result of this loss. The company has a significant market share in the region affected, but is not the only large primary insurer operating there and others will also have been calling on their reinsurance cover to pay some of the loss from these events.

Whether some of the losses could hit collateralised reinsurance layers invested in by ILS funds is uncertain, but as usual given the expanding reach of the ILS market it cannot be ruled out. Additionally, there is always a chance of some of these losses hitting aggregate reinsurance transaction retention layers, or eating into collateralised sidecars.

The VNV sees the loss as a sign of increasing damage from weather events due to climate change.

“The hailstorm on June 23, with stones as big as tennis balls, should be a wake-up call. The climate is changing, we are going to experience this more often,” commented Leo de Boer, director of the VNV.

This is certainly not a major loss for the industry, in the grand scheme of things, but when added to severe weather in France, Germany and other central European areas this summer, the losses will be taking their toll on some reinsurers with a focus on European cedents.

With reinsurance rates extremely low in Europe for property catastrophe cover, ILS participation is likely to be low as often the returns do not meet their targets anymore.