Risk-adjusted pricing for property catastrophe reinsurance was up by between 5% and 10% on average at the June 1st renewals, according to the latest data from HX, the data, analytics and advisory division of Howden Group Holdings.

Rate momentum was sustained at the reinsurance renewals, but the pace of increases slowed, with insurance-linked securities (ILS) capacity at higher layers one of the factors influencing the deceleration, according to HX.

Overall the renewals were orderly though, although varied results were evident depending on layer of coverage secured and ceding company performance, HX said.

Importantly though, profitability of reinsurers portfolios has recovered further, with the price increases gained at June 1st 2021 now taking property catastrophe reinsurance rates back above levels last seen in June 2013 in the wake of Superstorm Sandy. 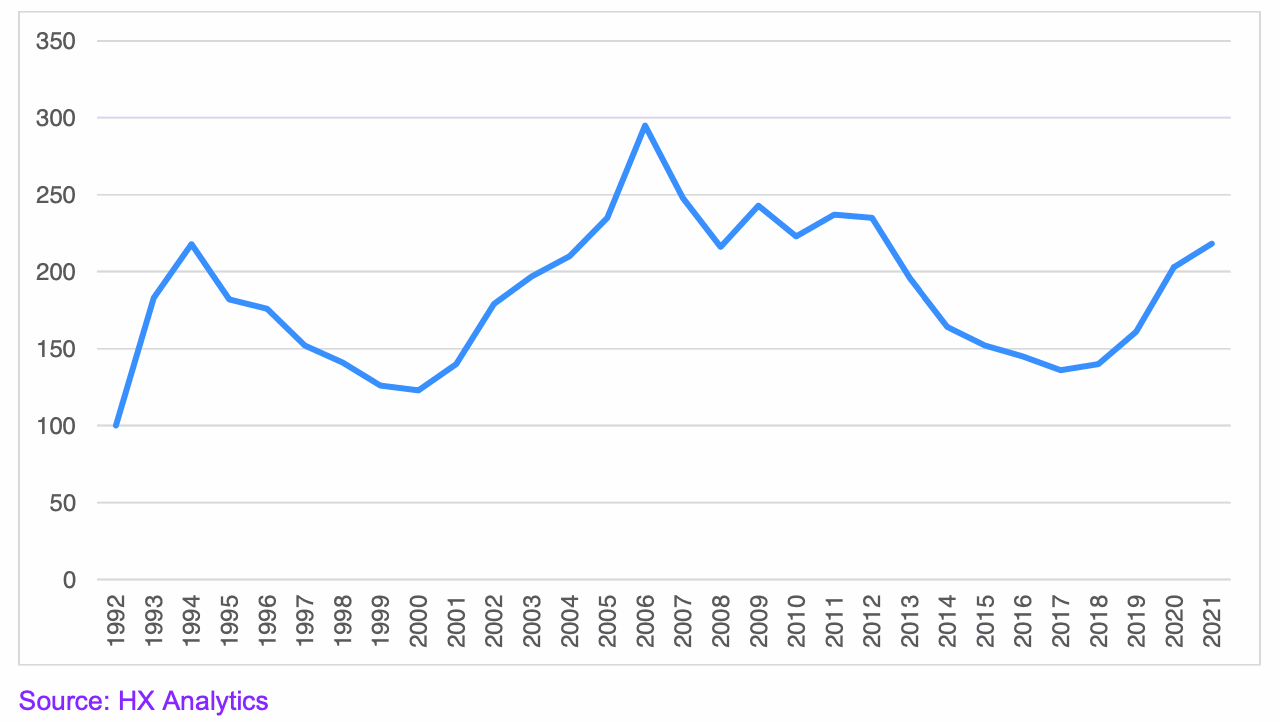 David Flandro, Head of HX Analytics, commented on the findings, “Using NOVA placement data and wider market financials, we have identified the most prominent headwinds and key offsets driving the market at 1 June. The renewal was ordered if highly varied against a backdrop of significant uncertainty and elevated first quarter catastrophes.”

HX said that the renewals varied widely and that risk-adjusted outcomes were heavily influenced by ceding company loss experience, reinsurance programme structure, and also ILS capacity which has been seen to be increasingly available for higher layers.

As we’ve been explaining, ILS capacity has been abundant for those higher layers of catastrophe reinsurance renewals in June, with the catastrophe bond market a key driver of this.

As a result, some of those higher layers have seen softening, in terms of cat bond and also ILW rates, while traditional and collateralized reinsurance have achieved gains again.

But as we also explained, there is more to market dynamics than just ILS capacity this year, with start-up reinsurer and newly raised capital also important to consider.

The renewal was conducted against a backdrop of improving reinsurer earnings and plentiful capital, HX noted, although saying that it was stronger first-quarter investment returns which have been the main contributor to higher net income year-on-year.

Combined ratios were up slightly, compared to the first-quarter of 2020, due to losses from Winter Storm Uri, which HX said “more than replaced COVID losses reported a year ago.”

“Carriers are preparing for an active catastrophe year in an uncertain macroeconomic environment. Inflation and interest rate fluctuations have the potential to affect balance sheets as the global economy navigates its way out of the pandemic,” HX said on the state of the reinsurance market today.

Michelle To, Head of Business Intelligence, HX Analytics, stated, “With NOVA, you can see well beyond today’s renewal snapshot; you can compare it to underlying primary pricing, to historical trends, to buyer behaviour patterns, and to macro-fundamental factors to name a few. This insight enables Howden clients to watch the market unfold in real time in a fully digital environment every day of the year.”

Read all of our reinsurance renewals news coverage.