While there was generally positive messaging coming from the reinsurance and insurance-linked securities (ILS) market at the 63rd Monte Carlo Rendezvous event this week, views on pricing differed as ever. 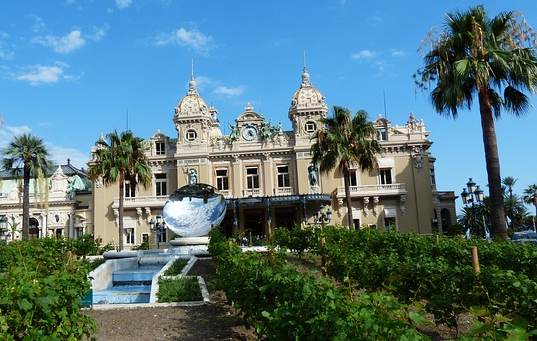 At the same time there is a broad realisation that challenges remain, for all sides of the market, with a palpable urgency also beginning to emerge around discussions on the need to become more efficient, monetise value creation effectively and also create new products.

It was an interesting Monte Carlo for a number of reasons, not least the fact there was actually a dearth of news compared to normal, but much more in the way of insightful discussion.

It seemed a much more productive event for some as a result, as participants told us they found discussions with clients, ceding companies and partners to generally be aligned.

Positive messaging was strongest from the reinsurance market, as companies expressed their satisfaction with rate increases already seen and their determination to secure more.

As a group, the reinsurers are expecting to achieve flat to risisng rate across almost all areas of the market in January 2020, with continued increases also anticipated for April in Japan and even on into the mid-year.

That’s based on a normal level of losses occurring through the rest of the year. Should there be more, then the expectations will be for higher increases.

The main reasons we heard were that rates are accelerating in primary insurance, casualty looks increasingly challenged, some specialty lines have proven unprofitable, Lloyd’s performance initiatives are set to continue, catastrophe lines have been clearly underpriced in some regions, the ILS market has slowed down, retro is also repricing meaning, and models have proven less reliable on some recent catastrophe events.

All of which means reinsurance firms feel squeezed, while rates are increasing both in front (primary) and behind them (retro), leading them to believe the middle tier must rise too.

But, while no one would deny the reasoning for the need for higher rates, the brokers in the main are not as positive.

Of course, reinsurance brokers need to continue to demonstrate value for their clients and so have to push back on rate increases and try to secure the best pricing they can.

But speaking with some of the largest in Monte Carlo, there was an almost unanimous agreement that regions like EMEA will be largely flat, with continental Europe perhaps even slightly down at January 2020 renewals.

Europe has of course been flat to down for years, as the lack of major losses and appetite of the big four reinsurers based there to maintain market share has been all powerful.

In addition, while brokers are keen to see firming in underperforming areas of the market, it’s certainly not as widespread or urgent as reinsurer ambitions.

Brokers were very positive on the ability to remediate conditions and pricing where it’s evidently lacked, but not more broadly than that.

Terms and conditions are another area of potential interest, with reinsurers and ILS funds discussing the need to simplify and enter into much more transparent terms.

But brokers expect to push markets harder again it seems, which may lead to some divergence of views on how best to execute renewals in January, we understand.

Of course, these divergences always occur at reinsurance renewal time. But in 2020 the fact two sides of the market currently hold diverging views, while the ceding companies are already benefiting from rate and reinsurers getting asked to pay more for retro, could make the discussions particularly interesting over the coming months.

Of course, reinsurers and ILS funds hold all the power, when it comes to dishing out their capacity at a price and desired terms. But capacity remains in excess and there’s a good chance it will increase further if major catastrophes remain few.

At the same time brokers have a duty to their clients to achieve best execution of their reinsurance placements.

So, once again, capacity could be the determining factor as to just how firm reinsurance rates can be and how broad the firming.

An interesting Monte Carlo, where on pricing the dynamics are definitely more positive, but there remains no guarantee that the end result will be as positive as many people want.

Read all our coverage from the 2019 Monte Carlo Reinsurance Rendezvous here.