Data aggregator PERILS AG has raised its insurance and reinsurance industry loss estimate for the European windstorm series that struck in February of 2022 by almost 4% to EUR 3.739 billion. 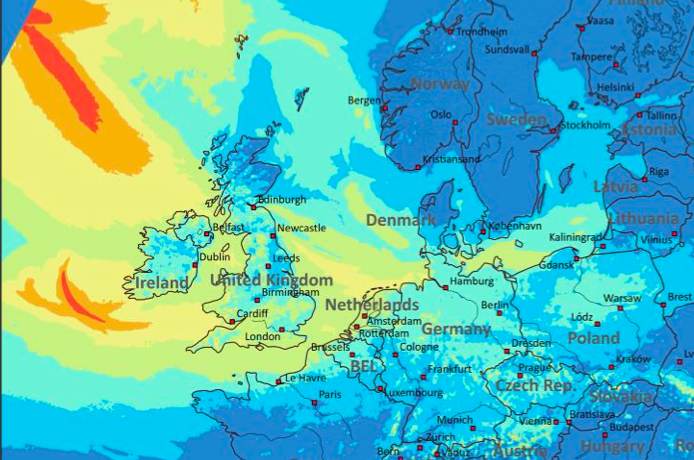 This is the third estimate released by PERILS for the three major European windstorms that struck close together – named Ylenia, Zeynep and Antonia by the Free University of Berlin, and Dudley, Eunice and Franklin by the UK Met Office.

These storms affected the British Isles and continental Europe from 16th to 21st of February 2022.

The first estimate placed this market loss at EUR 3.289 billion, with PERILS lifting this by almost 10% to EUR 3.61 billion in May, before raising it by another 4% in its most recent update.

Overall, nearly 1.9 million individual claims were filed related to the series of windstorms. At EUR 3.739 billion, the re/insurance industry loss estimate makes it the largest European windstorm loss since Kyrill in January of 2007.

PERILS notes that the majority of the losses occurred in Germany, then the Benelux states, the UK, and France. Minor losses were also evident in Austria, Switzerland, and Denmark.

In its update, PERILS explains that event definitions for reinsurance purposes in Europe are not uniform and can include meteorological conditions plus loss aggregation periods typically ranging from 72 hours up to 168 hours. As a result, the data aggregator is reporting on these three windstorms as a single event.

“Windstorm clustering as observed in February 2022 is not unusual for European extratropical cyclones. The allocation of the resulting losses to individually named storms can, however, be challenging for insurance companies,” said the firm.

Despite rising once again, PERILS estimate still remains towards the lower-end of expectations, given it had been thought the industry loss from these three storms may reach EUR 5 billion by Fitch Ratings, while RMS had said Eunice alone could be as high as EUR 3.5 billion and when combined with Dudley losses could reach EUR 4.5 billion. Verisk pegged just Dudley and Eunice at between EUR 3 to EUR 5 billion.