More granular and higher resolution satellite data from earth observations are set to improve weather and catastrophe event insights for the insurance, reinsurance and insurance-linked securities (ILS) industry, according to the CEO of Orbital Micro Systems. 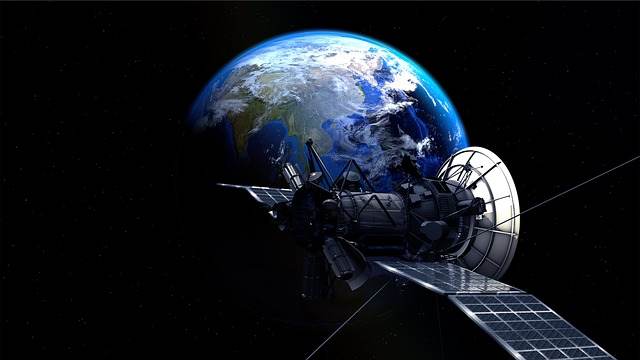 Orbital Micro Systems is a specialist in technology and data for space applications, with expertise across applied science, weather science and earth observation, instrumentation development, data science, and space operation.

The company recently announced the successful collection of data from its first instrumentation payload launch on a commercial satellite, which it believes “sets the stage for advances in weather forecasting and preparedness.”

Orbital Micro Systems (OMS) first commercial weather imaging satellite, which it said was designed and deployed in record time, has now returned data that the company says has, “outmatched the best available microwave and infrared views of weather structures on earth, showing excellent clarity and detail not previously possible.”

OMS’ MINIRAD™ miniaturized passive microwave radiometer was deployed from the International Space Station on July 3, 2019 as a payload on the IOD-1 GEMS satellite.

The company believes the data returned “has proven the commercial viability of the company’s advanced earth observation platform,” which it says has ramifications and uses for a wide range of sectors and industries, including the insurance, reinsurance and insurance-linked securities (ILS) markets.

“Having proven the viability of our hardware and software, OMS is immediately ramping up production of our commercial platform which incorporates two MINIRAD instruments, providing additional data observation channels,” William Hosack, chief executive officer of OMS explained. “With the success of IOD-1 GEMS, the company is already executing on our government and commercial contracts to deliver actionable weather information, while expanding our capacity to provide analysis ready data (ARD) to global markets within minutes of observation.”

“This deployment marks a number of space industry ‘firsts’, including being the first commercially- funded passive microwave radiometer in space,” added Michael Hurowitz, chief technology officer of OMS. “We also employed the first 3D-printed feedhorn antenna for millimeter-wave radiometry in space – enabling significant reductions in cost and design-cycle time. In addition, MINIRAD has achieved the highest spatial resolution of any 118 GHz radiometer at a small fraction of the cost of government missions.”

OMS said it will offer “frequent, reliable, and cost-efficient earth observation data to industries that are thirsting for accurate weather data,” which is clearly of use to the re/insurance and ILS market.

The regularity of the data and its granularity will be key.

“There are many regions around the world that are not well-served by the infrequent readings and inferior resolution associated with existing weather infrastructure,” Hosack further explained.  “Our short-term intention is to globally sample weather conditions every hour for any point on earth, and eventually build out to conduct observations every fifteen minutes.”

That’s much faster than the intervals of a number of hours more typically seen from weather satellites, which has immediate ramifications for the risk markets.

Hosack explained to us what this could mean for re/insurers, “Our ability to make precise passive microwave observations, particularly in parts of the world under served by large government operated satellites, will provide insurers with more information on which to base coverage offerings.

“This opens new opportunities such as commercial and parametric crop insurance in Asia and Africa, and earlier storm warnings which help prevent casualty and property losses.

“As we build out our constellation, insurers, reinsurers and their analytics partners will see more frequent data, with better resolution, to enable expanded offerings and next generation products to more markets.”

In addition, OMS believes its data could be useful to ILS investors and traders in instruments such as catastrophe bonds, providing higher resolution and more frequent data that can be used to inform trades than are commercially available today.

“Additional datapoints observed at shorter time intervals will improve storm track forecasts which will be directly applicable to the catastrophe bond market. We intend to have hourly observations for any point on the globe in short order. This will give far better insights than the best-case three-hour intervals seen today. For example with Hurricane Irma in 2018, the storms diversion from Miami to Tampa could have been detected hours earlier, giving emergency planners more time to react and bond traders more information to inform business decisions,” Hosack explained.

OMS also believes its higher resolution (a spatial resolution of 15 km—compared to the 25 km spot provided by the FY-3C satellite) can offer forecasters data inputs to improve the accuracy of their models, and nowcasters the ability to provide time sensitive, critical updates on changing weather as well.

“OMS’ approach to gathering Earth observation data, combined with the company’s business model to collect and deliver expanded data to commercial market customers, should be very impactful to the multiple sectors operationally and financially affected by weather,” commented John Hernandez, senior aerospace and defense industry analyst for Frost and Sullivan. “The early data results are certainly impressive, and we look forward to seeing OMS move the needle on how the commercial space industry gathers, processes, and delivers actionable intelligence following their lead.”

Better data, more frequently delivered and at more granular levels, have the potential to transform the way re/insurance and ILS markets think about weather risk, given the insights could allow for more frequent trading, portfolio positioning, as well as the creation of entirely new products (higher resolution parametric triggers and weather indices for one).

It’s relevant to the weather risk transfer market, catastrophe bonds and ILS, insurance and reinsurance, as well as commodity traders, agriculture and other markets where weather is a significant input or influence on production or value.

Ultimately, technologies like those offered by OMS should enhance the understanding of risk, the ability to forecast more accurately and provide better warnings of impending weather disasters and catastrophes.

Which will be positive for the risk markets and society as a whole, informing better decision making when it comes to the weather.