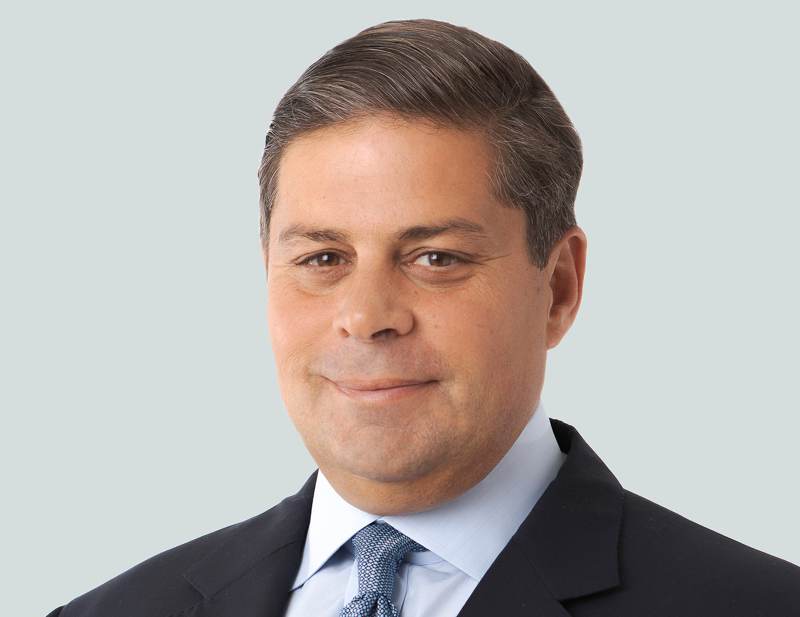 Previously, Ursano was the CEO of Willis Capital Markets & Advisory, the ILS focused unit of that brokerage and Head of Corporate Development for the Willis Group for six years. Prior to Willis, Urasno worked at Banc of America Securities as Global Head of the Financial Institutions Group for roughly nine years before becoming a Vice Chairman of Corporate and Investment Banking.

He brings Hamilton Insurance Group 32 years of insurance industry and investment banking experience and will take on the role of Group CFO as of September 5th.

At that time, incumbent Group CFO Jonathan Reiss, a founding member at the firm, will take on a new role at the re/insurer.

Reiss will become President, Strategic Partnerships, a new business that is being established at Hamilton.

In the role, Reiss will take on responsibility for developing the strategy and business plan for Hamilton’s strategic partnerships, including having oversight of the third-party capital activities through the Hamilton Capital Partners platform.

That will include oversight of Hamilton’s activities with its reinsurance sidecar Turing Re, as well as other work with third-party investors using insurance-linked securities (ILS) structures.

Reiss will also be tasked with developing proposals for new investment opportunities as well as managing the continued development of Hamilton’s third-party business.

These moves signal an increasing focus on the capital markets at Hamilton Insurance Group, as the Bermuda based insurance and reinsurance firm restructures to support growth and bringing that area of its business more centrally, from a strategic point of view.

Ursano’s hire and in particular his M&A banking experience also suggests Hamilton may be more acquisitive in future, as it continues to build out its global underwriting platform.

Hamilton also announced the completion of its acquisition of Liberty Mutual Group’s managing agency at Lloyd’s Pembroke and its Ironshore Europe DAC operation.

The acquisition had originally been announced back in March, with Hamilton saying that the deal could see the firm near doubling its premiums.

As such it is a key development for the firm and positions Hamilton as a greatly enlarged re/insurance group today.

The firm called it a “transformative step in Hamilton’s goal of building a global, diversified specialty insurance and reinsurance franchise.”

Hamilton has now doubled its total premium base, on a pro forma basis, to $1.1 billion. The firm has also increased its scale in the key Lloyd’s market to managed stamp capacity of approximately £600 million.

In addition, the acquisition added significant global underwriting and operational talent as well as the Dublin-based platform providing non-Lloyd’s capabilities and access to the US (via excess and surplus lines licensing and reinsurance permissions) and to EU markets (via passporting rights).

As well as this, Hamilton sees it as a chance to build on its reinsurance franchise in the US and Europe and further develop its third-party capital management platform, as well as further increase its fee-based income by managing third-party capital and syndicates at Lloyd’s.

Transformational moves by the company, positioning Hamilton Insurance Group as one to watch.

Commenting on the news, CEO Pina Albo said, “Today represents a significant milestone in Hamilton’s development. Many will see this as a Lloyd’s acquisition, and while we have achieved meaningful scale in that market, this deal expands our opportunities far beyond Lloyd’s.

“Our talented team has become even stronger; and we now work in offices spanning a much larger geography. With the addition of our new operations, including Dublin, the US and Dubai, our ability to attract new clients and partners, and become more relevant to the ones we serve, has increased exponentially.

“In addition, we now have key executives in roles that will leverage all that this acquisition represents.

“As President, Strategic Partnerships, Jonathan joins Global Head, Specialty Insurance Peter Barrett and Hamilton Re CEO Kathleen Reardon in assuming responsibility for the development of three areas of strategic focus where we see real opportunity for organic and non-organic growth.

“And I’m delighted to welcome Tony Ursano to the Hamilton team. Tony knows Hamilton well, having counseled us on a number of initiatives in his role at TigerRisk Partners. As Group CFO, Tony will also be involved in helping to drive the Company’s business development and strategic initiatives.”