No signs of alternative capital exodus after losses: JLT Re

Following hurricanes Harvey, Irma and Maria the reinsurance and ILS market is expecting to suffer its largest losses in years, for ILS it is without a doubt the largest aggregate loss the sector has ever faced, but there is currently no sign that investors are fleeing the sector and broker JLT Re expects alternative capital will keep growing strongly. 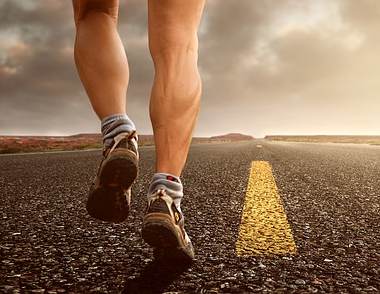 The global insurance, reinsurance and ILS market is facing aggregated losses in the region of $100 billion, ranking the hurricanes alongside other “market-defining catastrophes” reinsurance broker JLT Re explained in its recent Viewpoint report.

But even though reinsurers and ILS investors are “on the hook for a substantial portion of this amount” the broker explains that the market faces these losses from a position of capital strength, with an estimated $60 billion of excess capital in the market.

That means “the sector’s existing capital base is sufficient to service the bulk of losses sustained so far this year” JLT Re said, meaning that any net reduction in capital is expected to be manageable for the sector.

One of the unanswered questions about the ILS market has been how investors would react when a really significant loss event, or aggregation of losses, occurred. We’re now getting to see exactly how ILS investors react to this and with the three hurricanes occurring so closely together exacerbating issues of aggregation and trapped collateral, this is a timely test for the market.

But JLT Re is bullish on future ILS growth and does not believe capital will flee.

In fact, JLT Re believes that we will see “continued capital generation by major traditional players and, perhaps more importantly, sustained capital inflows from alternative sources,” in the wake of the recent catastrophe losses.

Mike Reynolds, Global CEO, JLT Re, commented, “How capital market investors would respond to major losses has been a constant source of speculation. 2017 could prove to be a landmark year for the future of the ILS market. Despite concerns expressed by some over investors’ long-term commitments to reinsurance, there are currently no signs of a mass exodus following these losses.”

The losses are significant for some ILS funds and vehicles, with September alone set to see some ILS strategies down more than 20% to 30% and the ILS fund market down a significant amount overall, as we explained here. But the mass exodus of ILS investors is unlikely and most are in fact ready to double-down on the sector, if the opportunity for higher returns emerges.

“Whilst a few providers may exit the market in the coming weeks and months and capital may be unable to roll over in certain instances, JLT Re continues to forecast strong alternative capacity growth over the next several years,” Reynolds continued.

We’re already seeing this, with a number of ILS funds having raised new capital, others out in the market doing so in time for the key January renewals and even new fund strategies launching from players that have been monitoring the space for some time, such as this venture we covered recently.

The ILS market is working hard to replace its lost or trapped capital and there is a widely held expectation that once these losses are dealt with, capital is paid out in claims or released, the ILS sector is likely to come out the other side even bigger than it is today.

There’s a good chance that ILS fund managers and reinsurers that can raise third-party capital to deploy at the upcoming renewals will be in a position to benefit from better rates, although how long that lasts remains to be seen.

Reynolds said, “Prior to this year’s hurricane season, expectations heading into 2018 were for a softening, but moderating market. But hurricanes Harvey, Irma and Maria brought a decisive end to a five-year period of below-average global catastrophe losses.”

The largest reinsurance firms and many ILS fund managers are all hoping for rate improvements at the renewals, with retrocession likely to lead the way and a broader property catastrophe reinsurance price rise anticipated.

But price increases due to this particular set of catastrophe losses are perhaps not the most important factor that could influence rates going forwards.

David Flandro, Global Head of Analytics, JLT Re, continued, “Events over the last couple of months are a stark reminder of how quickly things can change in the world of (re)insurance. This year’s record breaking losses may impact reinsurance rates next year, particularly in loss affected regions. But perhaps more permanent features in the post-2017 environment will centre on risk perceptions and higher loss expectations for future years.”

Expectations have been reset as we move into the January renewal season, Flandro explained in the report

“For the first time since 2012, upward pricing pressures are likely to build in property-catastrophe lines, particularly in loss-affected regions. But given that average global property-catastrophe rates have fallen by approximately 33% during this time, any increase is only likely to offset this reduction partially,” he said.

But there is no guarantee this opportunity is there for long, which could result in higher competition between traditional and alternative capital in the battle for market-share this January.

“The length of any market hardening could be mitigated by additional new capital flowing into the sector seeking yield post-event,” Flandro wrote.

That has the potential to reset the already reset expectations from January 2018 onwards.

But most important to the future of the ILS market and its potential for ongoing growth remains the response of investors to losses and how the ILS managers deal with them.

“Investors’ responses in the coming weeks and months will be important to securing sponsors’ long-term confidence,” JLT Re explains. “Cedents will be comparing collateralised vehicles’ willingness to pay, along with the speed of settlement, to traditional reinsurance.”