Right now, with only weeks left until the renewals and New Year begins, analysts at J.P. Morgan say they don’t believe there is any reinsurance “Class of 2023” forming on the horizon. 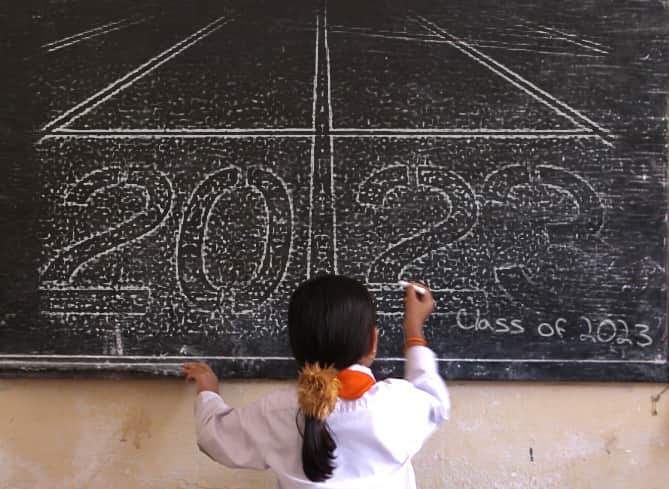 Historically, hard reinsurance markets have always stimulated inflows of new capital into the market, both from traditional and private equity backed players, as well as insurance-linked securities (ILS) funds, reinsurance sidecars, and other alternative structures.

With forecasts suggesting broad reinsurance price hardening for 2023 and some sources predicting 30% to 50% rate increases across property catastrophe lines of reinsurance business, you might think capital would be chomping at the bit.

But that doesn’t seem to be the case, as a multitude of forces have dampened investor appetite, while the world and its heightened level of volatility (geopolitical and capital market based) continue to distract capital and also offer it other interesting opportunities.

To be clear, J.P. Morgan’s equity analyst team led by Kamran Hossain are the latest to adopt this thesis, that there is no new wall of capital waiting to enter the industry.

This topic was being discussed back in June, as even prior to hurricane Ian’s impacts in Florida and massive industry losses, the reinsurance sector was facing some capital challenges leading analysts at RBC Capital Markets to ask where the wall of capital was that had always been discussed as sitting on the sidelines.

More recently, Lloyd’s CFO Burkhard Keese explained during a keynote speech that he doesn’t believe there is a wall of capital and if there is, it’s likely to be very small.

J.P. Morgan’s analyst team believe that reinsurance pricing could reach some of the highest levels seen for three decades in 2023, with significant rate hardening expected.

While capital inflows has always been a bear case on this, they note that in hard market’s past, such as post-Katrina for example, even though significant capital did flow in reinsurance rates still rose significantly.

But things are a little different this time, which could be a signal for much longer-lived price hardening perhaps.

JPM’s analysts state that, “This time around it does not feel like there is much additional capital entering the industry that could dampen the pricing euphoria.”

Which is an interesting point to consider, that while previous hard markets after major industry losses and dislocation still saw steep price rises and reinsurance hardening, this time may prove even harder given capital inflows are expected to be limited.

One of the things we’ve long called for here at Artemis, since at least 2012, is for the reinsurance and ILS industry to ensure that in pricing their underwriting it is covering the cost-of-capital, loss costs, expenses and providing for a margin, over the cycle and duration of longer-term risk exposures.

We’ve repeatedly said that, while exerting efficiencies of capital, business model and structure, ILS needs to regularly recalibrate its views of risk, to better cover these loss costs and expenses, making for a more sustainable pricing environment over the long-term.

We may now be moving into a market environment where this can be achieved, albeit at far higher cost to cedents and protection buyers.

Loss costs over the last five or more years, plus inflationary effects, growing exposures, perceived fluctuations in volatility, frequency and severity of catastrophe and severe weather events, all have been signalling the need for a return to pricing that covers these factors, for traditional reinsurers and ILS funds.

Now could be the time to establish a new, more sustainable pricing floor, that closely reflects the need to cover loss costs, costs-of-capital and expenses, while providing for a price environment that allows capital to be compensated for taking on the risks.

Of course, future efficiencies should soften pricing, as too should capital inflows, but the sector does need to stick to its guns on price and not revert back to a competitive soft market where price ideals are seemingly abandoned.

The fact we’re not seeing a wall of capital, or any reinsurance Class of 2023, may help in this mission of achieving a more sustainably priced risk transfer environment.

JPM’s analysts conclude that, “Looking ahead, with capital once again becoming a scarce and valuable resource in the reinsurance industry, we believe that reinsurers will face two choices to either grow exposure or to refine the quality of the business that they are taking on which could be a less capital-intensive way of playing the hard market.”

While there is still time for additional capital to flow into the industry, as Beazley evidenced raising capital is possible for the listed re/insurers, right now it seems unlikely to feature a wave of startup reinsurers or structures in time for the January 2023 renewals.

It continues to look like the catastrophe bond market will be able to raise sufficient new inflows to support at least the majority of rolling-over cat bond issues, as well as some new sponsors and issues, although the pipeline envisaged earlier this year may be harder to fill.

On the investor side, it may be that a Class of 2024 of new reinsurance and ILS inflows is more palatable, as capital providers search out the evidence that a new and more sustainable pricing floor has been installed, especially in catastrophe risks.

The question then turns to how to add efficiency and ensure that insurance and risk transfer doesn’t become unaffordable for many?

A question that, in time, could stimulate a more concerted focus on efforts to raise the efficiency of the market and to remove friction, duplicated costs, unnecessary actors and waste in the market risk-to-capital chain, while leveraging technology to make the management and deployment of capital, as well as underwriting and management of risk, plus the matching of the two a far more streamlined and lower-cost process.

But, after the hardening, if the reinsurance and ILS market wants to reduce prices for cedents and end-users of insurance capital, it really will have to think about how that can be achieved by lowering the cost of risk capital and cost of risk transfer, rather than by purely cutting rates and expanding terms with little regard for the risks assumed.