The new normal in reinsurance markets has won out, as pricing optimism following last years major catastrophe losses fizzles out, while the march and influence of alternative capital continues to impact reinsurers ability to earn back their losses. 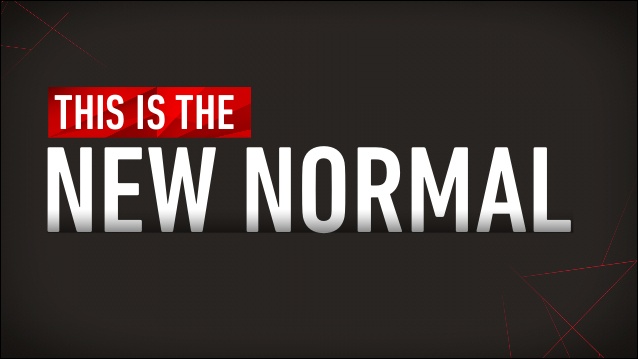 It’s now over five and a half years since we wrote Fast capital? Welcome to the ‘new normal’ and seven since we wrote Pressures likely to lead the reinsurance industry to adjust its capital structure but it all holds just as true as ever, as reinsurance market conditions are generally unchanged, in terms of the dynamic between different players and the need for efficiency.

In its latest report on the state of the reinsurance market, rating agency A.M. Best explains that following the disappointment of the renewals in January and at the middle of the year optimism has quickly diminished leaving “market dynamics relatively unchanged.”

The rating agency says that its outlook on the global reinsurance sector remains negative as a result.

“Property catastrophe pricing is somewhat at the mercy of the alternative capital market and is not as heavily influenced by the traditional reinsurance market as historically has been the case,” explained Robert DeRose, senior director. “This is an important distinction with respect to current market dynamics. Any hope for near-term improvement in the market is directly correlated to the current level of excess capacity in the overall market today, which is being compounded by the continued inflow of alternative capacity.”

This seems to be the way of things, that each year some form of change or development is anticipated to adjust the market dynamic, but by the time we get back to September and the upcoming Monte Carlo Reinsurance Rendezvous, the realisation that nothing much has changed (for the better, depending on which side of the market you’re on) sinks in.

A.M. Best describes the reinsurance market as continuing to “skip along the bottom of the market with no clear trigger for a meaningful and widespread rate hardening” in its latest report.

While that is true for some, it isn’t the case for absolutely everyone though.

Yes, pricing has plateaued at a level where for many traditional players it is tough to justify filling their portfolios with risk that barely meets their costs-of-capital.

For others though, in the globally and line of business diversified group of re/insurers, those reinsurers embracing third-party capital in the right way and for the right reasons, those companies looking to access higher margins by moving along the value-chain, and of course those in the insurance-linked securities (ILS) funds market, it remains business as (almost) usual (the market remains in flux and things are moving fast), as evidenced by the fact many of these markets continue to expand.

A.M. Best now estimates total convergence capacity as $96 billion, up 10% from the $87 billion it estimated a year earlier.

Not attempting to gloss over just how tricky the state of the market is, the rating agency notes the declining profitability of the market saying that, “The global reinsurance composite posted a five-year average return on equity of 4.5% at year-end 2017, compared with a five-year average ROE of 6.8% at year-end 2016,” these figures exclude favorable reserve development.

You have to wonder how long investors are going to be happy with such low returns on equity, no matter how large the capital returns from reinsurers have been.

The continued returns of capital have helped to sustain investor interest in the market, to a degree at least we believe, but at some point the realisation must sink in that reinsurers are not savings accounts for institutions and the reinsurance market must work out how to deploy that excess profitably, growing the overall pie and boosting their equity returns.

A.M. Best estimates an 8% RoE for 2018, as long as catastrophe loss experience remains within expectations and including favorable reserve development. So suggesting little in the way of RoE improvements really.

But that is no better than many ILS funds that allocate to collateralized reinsurance assets and the investment in a reinsurer comes with all manner of additional, correlated risks. It’s easy to see why investors are now discovering ILS who once enjoyed investing in reinsurer equity, as they seek the risk-linked returns without all of the operational threats and correlations.

One positive highlighted by A.M. Best is that terms and conditions have stabilised, even if pricing has not, but these “remain below expectations for producing a reasonable risk-adjusted return relative to the average cost of capital for most reinsurers.”

Interest rates are highlighted as a potential bright point, but these alone are not going to change the dynamic in the market all that significantly, particularly as ILS remains a floating asset with most trust investments set to also benefit from any rate rises.

Threats also exist on the periphery of the market that could hurt reinsurers businesses, A.M. Best explains.

“Much uncertainty remains at this point and the existing risks to the market remain in play—as do one-off risks such as the potential fallout from Brexit and a global trade war and what these may mean to the global economy,” explained Scott Mangan, associate director.

A.M. Best notes that it began to question the relevance of the reinsurance market cycle in 2014, something that had been discussed in ILS circles for at least a year or two prior.

For at least four years the need for reinsurers to get paid for their expertise, not just for their capacity, has become very clear.

Getting paid for the value that you bring to the risk-to-capital chain should be the focus and if all you bring is capital then it better be the most efficient possible, or companies do face a slow erosion of market standing (we would venture).

“Today, the new normal for reinsurers appears to be one with returns that are less impressive and underwriting and fee income becoming a larger contributor to profits,” A.M. Best said in its latest report.

As a result we should expect more attempts to disrupt the risk to capital value chain over the coming years, particularly from major re/insurers looking to secure their relevance and access new customer bases.

We should also expect more major re/insurers to turn to third-party capital as a tool to enhance their capital efficiency and earn fees for using their expertise to originate, analyse, price, structure and transfer risks.

“A.M. Best believes the solid market players will be ones that have been conservative in underwriting and in reserving; have been able to develop a book of business that remains relevant and allows for quick shifts in and out of lines of business depending on market conditions; and have created expertise in managing third-party capital to their own advantage,” the rating agency concludes.

That is a very good summing up of precisely how the global reinsurance market dynamic has been for the last four years or more, hence none of this should come as a shock or surprise to any companies or senior executives in the market.

If it does we’d worry about the longevity of your strategy, your company and urge you to embrace this new normal as it isn’t going away.

Also read (in no particular order):

– Despite capital on sideline, reinsurers expect payback. Should they?

– Only the strong will survive the evolution of reinsurance: S&P interview.