The acquisition of Nephila Capital by Markel Corporation that was announced last Friday will give the re/insurer a “predominant role in the ILS market” and bring “strategic benefits” according to the main rating agencies. 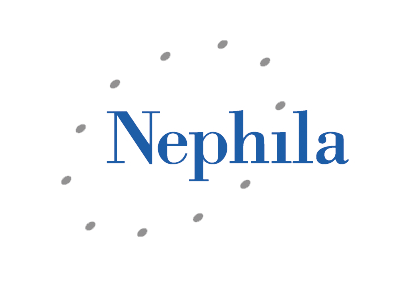 Markel announced its acquisition of Nephila last week in a move that surprised the market, with a 100% cash acquisition of the company that significantly strengthens Markel’s position in insurance and reinsurance linked securities.

Following the acquisition, which is set for completion later this year, Markel will command around one fifth of the global insurance-linked securities (ILS) market, thanks to the north of $12.2 billion of reinsurance assets under management at Nephila added to the roughly $6.8 billion it already commands thanks to it already owning retrocession and reinsurance investments specialist Markel CATCo Investment Management.

Nephila is set to remain an independent operating unit within Markel, with the entire Nephila partner and management team staying and promising business as usual for investors and clients.

Rating agency A.M. Best said that the acquisition “will afford Markel a dominant position in the insurance-linked securities (ILS) market” adding that it will “enhance the enterprise’s business profile by affording it a predominant role in the (ILS) market, expanding on the scope of capabilities the organization has built in its Markel Catco operation.”

S&P also said that the buying of Nephila will add to Markel’s presence in the ILS market, helping to increase the proportion of fee-based and non-insurance income generated from across Markel’s business portfolio.

“We believe that despite some overlap with Markel CATCo, the combined presence gives Markel good ability to harness the opportunities pertaining to alternative capital, which, over several years, has grown in significance to the reinsurance sector (particularly property-catastrophe) and has pressured pricing for traditional reinsurers,” S&P went on to explain

The rating agency also said that “we don’t see much of an integration risk” as Nephila Capital is set to operate on a stand-alone basis within Markel.

Moody’s also noted the roughly $19 billion of ILS capital that Markel will command via Nephila and Markel CATCo.

All of the ratings agencies that commented on the deal so far are positive on the potential for Markel to leverage its now lead in ILS capital, which should give the firm a growing source of fee income and a pool of efficient capital that will ultimately help it to grow its footprint in reinsurance and particularly in catastrophe risks.

All three affirmed their ratings of Markel and said that there would be no change to them because of the acquisition.

It’s going to be fascinating to watch how Markel integrates Nephila and how the ILS manager being part of this global insurance, reinsurance and financial corporation helps it to further grow its assets under management and position in the market.

Also read: Nephila Capital to be 100% acquired by Markel.