Nat cat tail could be the real test for ILS: Victor Peignet, SCOR

The ability of ILS markets to pay out and raise fresh capital in the aftermath of 2017’s major catastrophe losses was not a full test, according to Victor Peignet, CEO of Scor Global P&C. 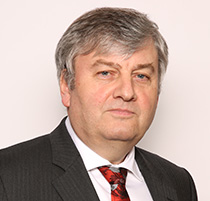 Speaking to Artemis at the Rendez-Vous de Septembre in Monte Carlo he said: “The test isn’t over yet but the interest of investors for the class and their presence in it are now well established.”

Nevertheless he thought some investors might be disappointed. “It hasn’t worked the way it had been marketed to investors in the sense that the reinsurance market didn’t react as much as it was supposed to for insured market losses of such a size, but nevertheless the capacities were more than replenished.”

“There is a second test though, which is linked to the management of the loss estimates and the collaterals, and which may still be on-going for a number of deals and companies because of the tail of nat cat business following major events such as Irma and Maria,” he added.

Less than a week after it spurned an unsolicated takeover bid from major shareholder and French mutual giant Covea, Peignet was keen to stress SCOR’s independence, size and position of strength. A message that was later reiterated by group chairman and CEO Denis Kessler at the reinsurer’s press conference.

Addressing consolidation in the industry more generally, Peignet said M&A was taking place at an accelerating pace. “It’s now a two-stream movement that’s affecting both low-performing and high-performing companies that don’t have all the right ingredients to be successful on their own in the long run.”

“And size and critical mass, which you need to have to be able to continue to invest in the business while absorbing the increased costs of operating, have become two of the key ingredients companies must have.”

“Of course the consolidators, the conditions and the consequences of the consolidations aren’t the same for low-performing and high-performing companies,” he added. “But there can be a hope that the combination of these two streams of consolidation will be more efficient than major nat cat events in driving the market towards more tangible improvements than the ones seen in 2018 following 2017.”

Commenting on the recently announced mega deal between Markel International and Nephila, Peignet said he thought this signified further blurring of the lines between traditional and non-traditional capacity providers.

“It’s all about making the best possible channels from risks to capital, and it starts with having access to risks and underwriting, in order to aggregate risks in portfolios in the right way.”

“Therefore there is a kind of natural complement between the traditional and the non-traditional, which works in the classes of risks for which modelling is operational,” he continued. “And this is illustrated by recent acquisitions that have led to a direct alignment.”

In spite of current challenges within Lloyd’s and a renewed focus on unprofitable lines of business, Peignet was upbeat about the market’s future and SCOR’s commitment there. SCOR recently consolidated its London-based specialty insurance platform with Channel Managing Agency.

“When we created our own Lloyd’s operation in 2011, we did so with the purpose of adding one more element of differentiation… Obviously our timing could have been more favorable, but we firmly believe that the grounds for this project remain valid and that we are on the right track,” he said.

Meanwhile, SCOR’s latest Atlas Capital UK 2018 cat bond issuance, the first to be domiciled in the UK, is further evidence of the reinsurer’s commitment to the London market.

“SCOR has been actively involved in the creation of an ILS Platform in the London marketplace,” said Peignet. “So it was logical for us to be (among) the first to offer London the opportunity to become an active ILS platform, and the response we got from the authorities was extremely professional and supportive.”

SCOR remains keen to grow its US business, but was not convinced the time was right to aggressively go after market share in the somewhat muted hard market that followed Hurricanes Harvey, Irma and Maria in 2017. It is a balance between being opportunistic and holding out for a stronger rating environment, he revealed.

“There is still some way to go for us from our current position to being in the top five and certainly we could have accelerated the pace, but we’ve deliberately chosen to be both strategic and technically sound, according to our own pricing models, in selecting the points at which we re-enter.”