Reinsurance giant Munich Re has estimated that October’s hurricane Michael will result in $10 billion of losses to the insurance and reinsurance industry, a figure which is at the top-end of current estimates. 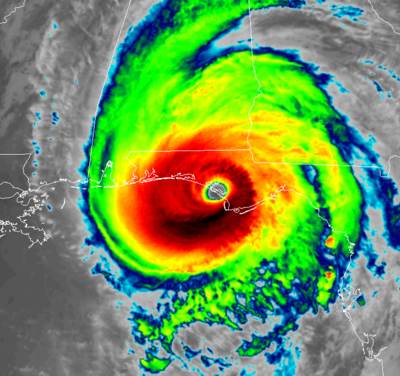 The estimate from Munich Re provides further evidence that Michael will result in an industry impact higher than most expected at the time of the storm.

As we explained last week, some ILS fund and reinsurance markets fear that hurricane Michael may produce a loss creep akin to last year’s hurricane Irma, which has led some of our sources to suggest a figure of $12 billion for where the loss will eventually settle.

At the moment the accepted range of industry loss estimates for hurricane Michael, which slammed into the Florida Panhandle on October 10th causing damage across Georgia, Alabama and even into the Carolina’s as well, sit in a range from around $6 billion to as much as $10 billion, with our sources saying $12 billion possible.

Munich Re said that the economic loss from hurricane Michael is expected to be $16 billion and that the insurance industry loss would be $10 billion, so right at the top of the ranges published by others.

With the potential for loss creep as well, it seems that our sources $12 billion doesn’t look so unlikely anymore.

Munich Re also noted that 60% of the losses would be covered by insurance, as the take-up rates for wind insurance in the Florida Panhandle and surrounding areas affected by hurricane Michael is higher.

For comparison, the reinsurance firm has also estimated an industry loss for hurricane Florence, which it puts at just $4 billion, despite the economic losses from this hurricane being estimated at $14 billion, so just 40% insured.

The reason for the larger disparity between economic and insured loss with Florence is the fact that this storm created more damage from its flood waters and storm surge, less from hurricane force winds, so insurance coverage was less impacted.

At a $10 billion industry loss hurricane Michael is likely to result in rising estimates for some firms that had already reserved based on the previously published ranges, which may result in loss creep emerging sooner rather than later for some.

As we also explained this week, the Florida Office of Insurance Regulation (FLOIR) estimate for insured claims in Florida alone has now passed $4 billion.

Munich Re’s estimate that hurricane Michael will cause $10 billion of industry losses suggests this figure will also keep rising.