The Lloyd’s of London insurance and reinsurance market has named John Neal, the former Group CEO of QBE, as the successor to take on the role of Lloyd’s CEO once Inga Beale steps aside. 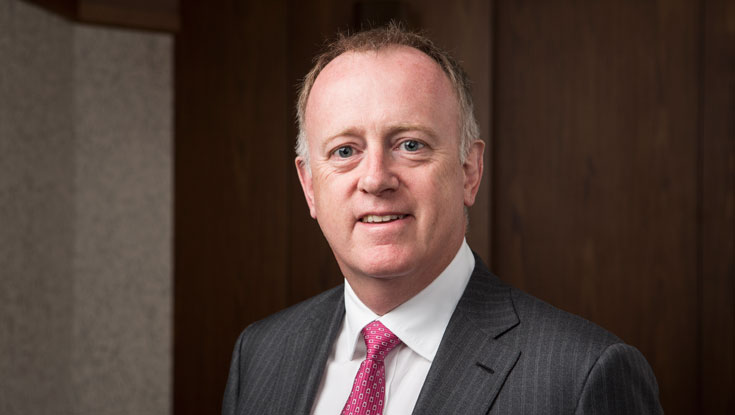 Beale’s departure was announced in June and she was due to step down from the Lloyd’s CEO role in 2019.

But now a successor has been found and it the change over in leadership is being accelerated, with Neal set to take up his position at Lloyd’s on 15th October 2018.

Bruce Carnegie-Brown, Chairman of Lloyd’s, commented on the news, “On behalf of the market, I am delighted to welcome John to Lloyd’s. His wealth of experience both at Lloyd’s and internationally, including the US, will bring new insights and fresh thinking at a challenging time for the global insurance industry.

“John will continue Lloyd’s focus on delivering sustainable profitability, through a combination of underwriting discipline and market modernisation. An immediate priority will be the successful launch of Lloyd’s Brussels subsidiary which will enable Lloyd’s to continue serving its customers in the European Economic Area after Brexit.

“I am grateful to Inga for the leadership she has provided to Lloyd’s over the past five years, during a challenging time for the market. She has driven the market’s modernisation programme, the success of which is evident not least in the recent rapid increase in electronic placement volumes and the launch of the Lloyd’s Lab.”

Neal also said, “I am thrilled to be offered the opportunity to lead Lloyd’s, and will do so with the same excitement I felt when I first stepped into the underwriting room back in 1985.

“The insurance sector is facing many challenges. For 330 years the Lloyd’s market has demonstrated its ability to innovate and adapt, and I look forward to playing my part to ensure this unique marketplace remains at the forefront of global commercial corporate and specialty insurance and reinsurance.”

Neal worked as an underwriter and later as CEO of the Ensign Managing Agency at Lloyd’s, but his most recent role as Group CEO of QBE, the global insurance and reinsurance business, saw him responsible for running $14 billion of gross written premium (GWP) across a business with more than 14,000 employees in 37 countries.

Lloyd’s said he is a, “global CEO who has a track record as a highly effective leader who can deliver business transformation.”

Beale has steered the Lloyd’s insurance and reinsurance market direction through one of its most challenging periods, but as Neal notes these challenges remain and operators at Lloyd’s are some of the most challenged.

It will be interesting to see if the change of leadership also helps to open the market up even more to ILS investors, something that has been happening over the last two years but really needs to accelerate to help lower the market’s cost of reinsurance underwriting capital.