Lloyd’s of London has lowered its estimate of the insurance and reinsurance market’s loss from hurricanes Harvey and Irma to $3.9 billion, down from the $4.5 billion it had estimated at the end of September, and has added an estimate of $900 million for losses from hurricane Maria. 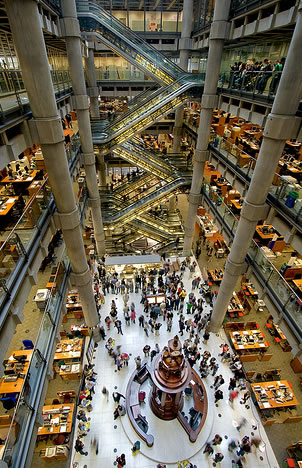 Lloyd’s had initially put its hurricane Harvey and Irma hit at $4.5 billion, but now based on additional claims information it believes that was an over-estimation and the figure has been lowered to $3.9 billion.

Jon Hancock, Lloyd’s Performance Management Director, commented; “As more information has become available the latest analysis shows claims in the Lloyd’s market are less than our preliminary estimate. The claims estimate for Harvey and Irma has reduced approximately 10% from the precautionary figure we issued with our half year results last month. This is a developing situation and there continues to be a high degree of uncertainty around any claims estimate.”

Additionally, Lloyd’s has put the insurance and reinsurance market loss from hurricane Maria’s impacts in the Caribbean and especially Puerto Rico at another $900 million.

This takes the overall bill for the Lloyd’s market from the three hurricane losses, Harvey, Irma and Maria, to $4.8 billion.

It’s interesting as the preliminary claims estimate for hurricane Maria is much lower than had been anticipated, given some Lloyd’s players exposure to the Caribbean.

It had been expected that Lloyd’s would take a significant hit from hurricane Maria, both on the insurance side from commercial interests and on the reinsurance side as some of the syndicates write a lot of risk in the region.

That either suggests that Lloyd’s preliminary estimate could rise significantly, or that the market’s view on its likely Maria loss was wrong, or perhaps that there was a significant amount of retrocessional reinsurance in place.

So far, the Lloyd’s market has already paid nearly $900 million in claims for Harvey, Irma and Maria.

Hancock continued; “We are experiencing one of the most active hurricane seasons this century and I am very proud of the way that the Lloyd’s market is responding to these events. Focus remains on getting policyholders back up and running, and we are paying claims quickly despite some very difficult conditions in the affected areas. Our ability to pay claims quickly even in difficult circumstance is a clear example of the valuable role that our sector plays in society.

“While it is clear that these catastrophes will bear a heavy toll the claims are spread across the entire Lloyd’s market, which has total net financial resources of £28 billion ($36 billion). We must remember that the Lloyd’s market is built for moments like this, with governments, businesses and communities all relying on us to help them rebuild their lives and livelihoods.

“The devastation caused by these disasters will certainly have an impact on the re/insurance sector as a whole. It also serves as a reminder to all companies that, even in a highly competitive market, they must maintain adequate and sustainable pricing for the risks they are insuring.”