The Australian Bureau of Meteorology (BOM) has declared La Niña conditions for the Pacific ocean, highlighting that the event could cause weather impacts in Australia and more widely, which has ramifications for insurance and reinsurance market interests. 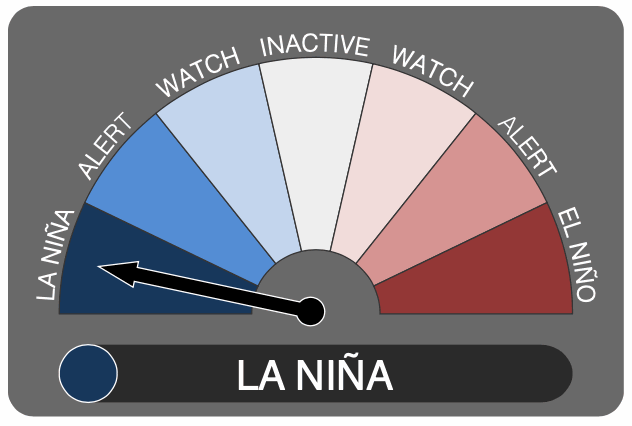 La Niña conditions have yet to be declared by the World Meteorological Organization (WMO), although the organisation has said that there is a likelihood we will see one.

Australia’s Bureau of Meteorology (BOM) has often been the first to declare the occurrence of one of the three phases under the El Niño-Southern Oscillation (ENSO), either El Niño when the Pacific warms, La Niña when it cools, or neutral.

Both El Niño and La Niña conditions have ramifications for global meteorological conditions and can cause weather phenomena in different parts of the world, from heavier than normal rainfall, to drought, to influencing hurricane season conditions.

The current La Niña is not expected to be as strong as an event back in 2010 to 2012, which caused widespread impacts. In fact it’s thought it may not even be as strong as the most recent occurrence in 2020 through 2021.

Dr Andrew Watkins of the BOM explained that, for Australia a La Niña event can drive rainfall in the western tropical Pacific, leading to wetter than normal conditions for eastern, northern and central parts of Australia.

“La Niña also increases the chance of cooler than average daytime temperatures for large parts of Australia and can increase the number of tropical cyclones that form,” Dr Watkins said.

“La Niña is also associated with earlier first rains of the northern wet season, as we’ve observed across much of tropical Australia this year.

“La Niña also occurred during spring and summer of 2020-21. Back-to-back La Niña events are not unusual, with around half of all past events returning for a second year.

“Every La Niña has different impacts, as it is not the only climate driver to affect Australia at any one time. That’s why it is important not to look at it in isolation and use the Bureau’s climate outlooks tools online to get a sense about likely conditions for the months ahead.”

It’s hard to predict how a La Nina event will pan out, in respect to weather conditions globally, but it’s generally considered that for Australia it can reduce bushfire risk through cooler temperatures and more rain, but increase the frequency of some storms, perhaps convective weather and tropical cyclones.

Australia has suffered severe flooding during previous La Nina events, so that could be something for insurance and reinsurance interests to watch out for.

La Niña can also drive drought conditions in the southern US states, which may exacerbate wildfire conditions over the coming months.

While for northern Europe it can result in a wetter than normal winter period, but Mediterranean regions and the Middle East can see drier conditions.

Africa and Asia can also see different weather patterns, with more rainfall in certain parts but a higher likelihood of drought in others.

Overall, whether La Nina or El Nino, there are generally accepted to be ramifications for rainfall, drought and storms somewhere in the world, with economic losses likely to be elevated in some regions of the world as a result and therefore a change in loss-patterns for insurance and reinsurance interests.

This La Niña may be short-lived, the BOM said, with conditions only persisting until the late southern hemisphere summer or early autumn 2022.

NOAA had previously agreed saying La Nina could even disappear before next summer in the Northern Hemisphere.

That could put the ENSO cycle on a transition towards more neutral conditions by next year’s Atlantic hurricane season it seems, or even towards an El Niño event (depending on how the climate adjusts).

Currently, the transition back towards more ENSO neutral conditions is anticipated by April 2022, but in the past things have changed and different phases of ENSO have ended up far more extended than anticipated.

La Niña years are thought to be more conducive to Atlantic hurricane formation and also a season with lower vertical wind shear to hinder hurricanes strength as they advance on the US. Conversely, El Niño events can drive stronger winds and shear that can result in less hurricane activity and more wind shear.

NOAA explained, “The chances for the continental U.S. and the Caribbean Islands to experience a hurricane increase substantially during La Niña and decrease during El Niño.”

So how the ENSO cycle reacts after this new La Niña and how long the La Niña conditions last could be a significant driver for next year’s hurricane season activity.

In the past, insurance products have even been triggered based on the ENSO phase, such as in this example in Peru.